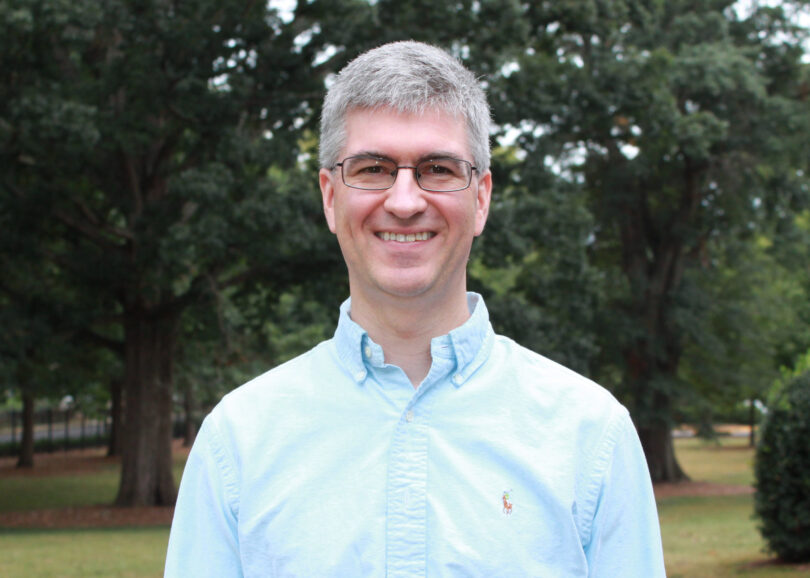 When it comes to preventing the spread of infectious disease, for Andreas Handel, it’s all in the model.

Infectious disease models help scientists understand and predict how diseases spread, whether it’s from person to person, among animal populations, from animals to people, or from the environment to animals or people.

“The idea is that you need to let these things interact, understand that the virus or bacteria that cause the disease are part of an environmental system, which includes people and animals,” said Handel.

But the dynamics of disease spread can get complicated, and visualizing transmission depends increasingly on computational modeling.

As an associate professor of epidemiology and biostatistics in UGA’s College of Public Health, Handel teaches courses on infectious disease modeling. Semester after semester, he saw students struggling. Most, he said, lacked the needed mathematical or coding know-how to manage the existing textbook materials.

“There are some students who didn’t get the concepts I wanted to teach them because they were so stuck with the coding,” he said.

In response to this dilemma, Handel worked for more than a year to build a new software tool designed for public health students who want to learn more about the conditions that influence disease transmission but aren’t ready to start writing computer code. The software package, Dynamical Systems Approach to Infectious Disease Epidemiology, launched in fall 2017.

“This software is a free R package and publicly available,” said Handel. “It has been downloaded thousands of times over the years and is also used by colleagues who teach similar courses at other universities.”

Handel uses his software in courses geared toward graduate students who may not have any previous coding skills, and he hopes that more students will be willing to move “into the weeds” of coding once they get a sense for the concepts.

“We’d want to have more people be able to apply this type of approach because in some ways, I’d say it’s the future,” said Handel.

Today’s public health students will be on the front lines of the next major disease outbreak, so it’s critical for them to grasp these concepts, he said.

Handel himself has no formal training as an epidemiologist or a biostatistician. He earned his doctorate in physics but made the switch to infectious disease modeling during his postdoctoral tenure at Emory University.

“All I know in those areas I learned through reading the textbooks before teaching it to others,” said Handel.

This might help explain why Handel excels at teaching these concepts to others. In the classroom, he uses his research as the basis of modeling exercises.

“Students get a front-row seat to the current research going on in those areas covered in the courses. In turn, students do class projects with real data and on real questions, at times those class projects lead to research publications for the students,” he said.

Handel specializes in modeling influenza, norovirus, tuberculosis and recently COVID-19. His expertise has led to many collaborations across the campus.

He is a member of the team led by Ted Ross, director of UGA’s Center for Vaccines and Immunology, working toward developing a universal flu vaccine. And he’s heavily involved in the Center for the Ecology of Infectious Diseases, which began tracking COVID-19 and reporting on case trends in the U.S. since March 2020.

The profile of infectious disease modeling rose to prominence over the last year as government officials, community leaders and the general public looked to models for guidance on masking policies and decisions on when to reopen businesses and schools.

Models are necessary for the production of vaccines, too. This is the work Handel is excited to focus on now.

“The development of better vaccines, such as a universal influenza vaccine—and maybe in the future a universal coronavirus vaccine—is incredibly important. I am glad to be able to play a minor part in that endeavor,” he said.