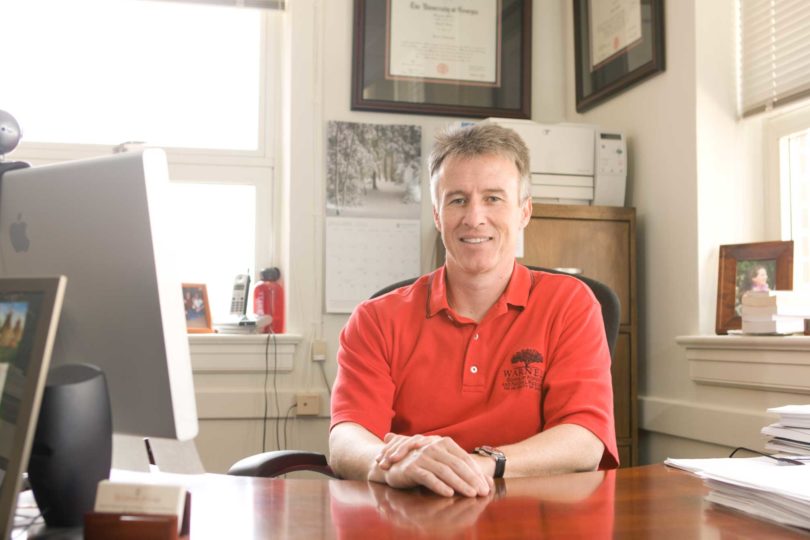 The weather in England can be frightful at certain times of the year, according to Gary T. Green, a native Brit and assistant professor of outdoor recreation in the natural resources, recreation and tourism program. Therefore, many British youth tend to participate heavily in indoor recreation and organized youth sports.

This was certainly the case for Green. He worked as manager of a recreation sports facility for the Basilton District Council in the county of Essex while earning the equivalent of  bachelor’s and master’s degrees in management and business studies, with an emphasis on recreation and leisure at the University of Northeast London.

“I initially went in this direction because many people in England focus on indoor recreation and leisure activities,” he said. “But when I came (to the U.S.), there was more opportunity to focus on outdoor recreation activities and related natural resource issues.”

After completing his degrees in England, Green relocated to Georgia to continue his studies. He enrolled in UGA’s College of Education, earning his master’s degree in 1994 and continued on to complete his doctoral degree in 2000. Once in the U.S., Green discovered a plethora of easily accessible outdoor recreation activities, saying that “natural resource management issues related to recreation became of greater interest to me.”

In 1999, just before completing his doctoral degree, Green became a research scientist at the Department of Agriculture Forest Service Southern Research Station on the campus of UGA. There he was able to examine  recreation participation activity levels and trends across the U.S.

The combination of his studies in recreation and leisure and his work with the forest service stirred a passion within him. So in 2000, Green joined with forestry professors Michael Tarrant and Uttiyo Raychaudhuri (and later Craig Miller) to establish a natural resources recreation and tourism major at UGA. This effort took years to accomplish, but the program designers saw their dream come to fruition in early 2006 when the board of regents approved the major with agreement that it would be based out of the Warnell School of Forestry and Natural Resources.

It has taken almost no time for the NRRT program to become popular amongst UGA students, with Green becoming one of their favorite instructors. The students of the Warnell School selected him as the 2006–07 “Herrick” Teacher of the Year, named after former Warnell School Dean Allyn M. Herrick.

Now that the NRRT program is becoming more established, Green has aspirations for further research into trends affecting outdoor recreation, including the declining numbers of children involved in outdoor recreation and the population’s changing demographics.