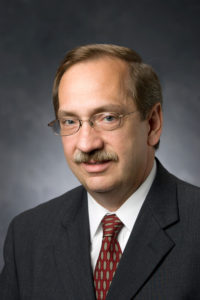 J. Edward Kellough, professor and Ph.D. program director in the School of Public and International Affairs’ public administration and policy department, has been named as a member of the National Academy of Public Administration five-person task force asked by Congress to examine a proposal to abolish the U.S. Office of Personnel Management.

The group consists of Fellows of the National Academy of Public Administration, a nonpartisan congressionally chartered organization established to examine issues in governance and public management. The task force is charged with the responsibility of developing an independent report on the operation of the OPM in response to a proposal by the Trump administration to abolish the OPM and transfer its functions to the General Services Administration.