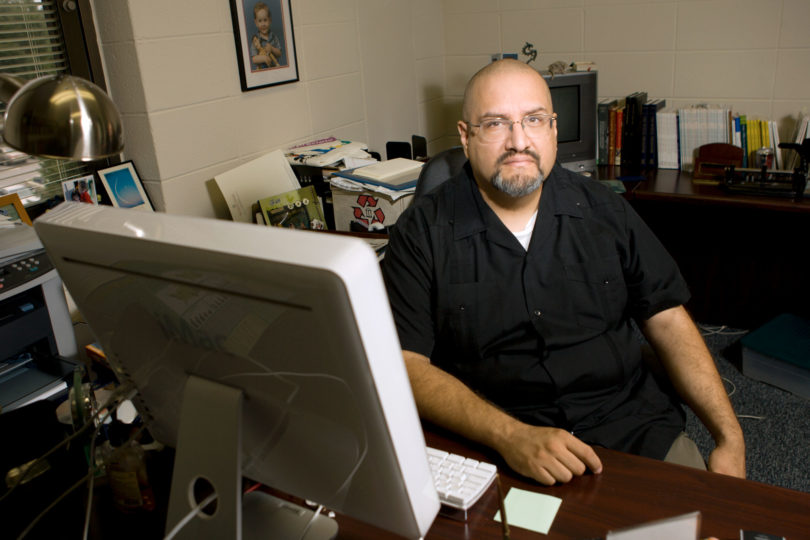 “The demographics of the U.S. are changing, areas are changing with the influx of new minority populations-in some cases overnight,” said College of Education professor Edward Delgado-Romero.

Hence the immediacy of his work, which focuses on searching for a deeper understanding of multicultural and ethnic dynamics in counseling and a re-defining of research terms as they relate to minorities-the Latino population, specifically.

“The definition of Latino is so vague. . . almost anyone can be classified Latino,” said Delgado-Romero. “It’s a group that is in danger of losing its identity as it grows in the U.S. and an unclear definition leads to a watering down of the whole term. For example, some people have been classified Latino because they married a Latino person.”

He has an article coming out in January in the Journal of Hispanic Higher Education on Latino identity-how ­Latinos have been defined by others and how those definitions impact resources, research, admissions, faculty hiring and retention, and power in the university system. He previously published a review of the way counseling research addresses race in research.

“What has surprised me about psychological research is that very few studies really pay attention to multicultural information in a clear way. Participants often will check off a box to denote race, when, at the end of the study this gives the researcher very little information with which to work,” he said.

His follow-up work tackles this very issue, and Delgado-Romero said he seeks to remedy this problem by advocating more accurate reporting and an in-depth examination of the salience and meaning of race to research participants, for instance, “qualitative examinations of race-a fill-in-the-blank for race, rather than just a check box.”

Delgado-Romero is the author or co-author of several journal articles and book chapters spanning strategies for building cultural competence to cross-cultural psychotherapy.

He also is the new training director for the nationally ranked UGA doctoral program in counseling psychology. In line with his interest in training he has an ongoing research project focusing on the training of doctoral students and therapists so they can be sensitive to and at the forefront of the ever-evolving multicultural atmosphere.

Delgado-Romero is interested in the growing Latino population in the state of Georgia. His most recent SEGUE (Scholarship of Engagement Grants for University Engagement) grant funded a school counseling conference focused on emerging Latino populations in Georgia. Colleagues Pamela Paisley, a professor of counseling, and Paul Matthews, co-director of the Center for Latino Achievement and Success in Education, share credit on this project. The conference was an overwhelming success, said Delgado-Romero, and a second conference is planned for February 2007.

When Things Begin to Go Bad, a 2004  book that he co-­edited, asked several therapists to reflect on difficulty in their lives to analyze whether a therapist handles difficulty, given that they work with difficult situations with their clients everyday. Delgado-Romero said the book humanizes the therapist and added that one of the principal finds was the central role of maintaining hope in the lives of psychologists.