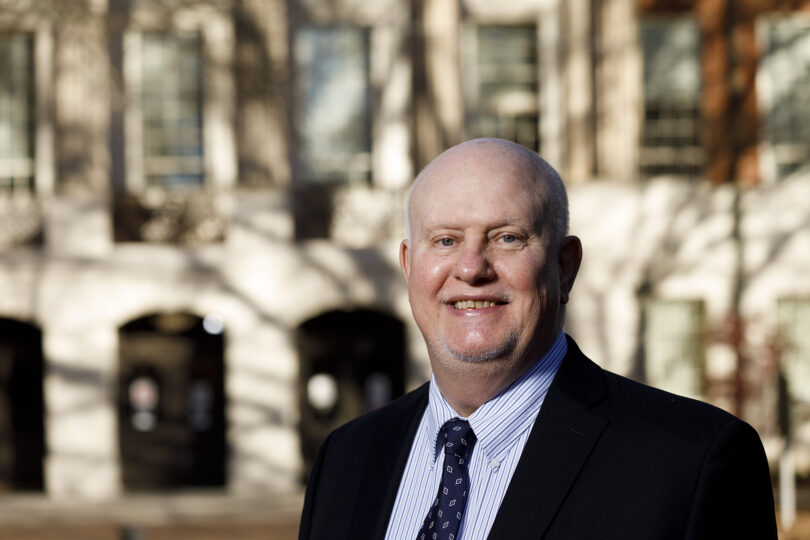 SPIA’s Gene A. Brewer focuses on 'the engine of government'

Much of the public’s attention tends to focus on elected officials and the laws they propose and pass, but it’s the implementation of laws by career civil servants that fascinates Gene Brewer.

Brewer, a professor of public administration in the University of Georgia’s School of Public and International Affairs, is a leading scholar of what he calls “the engine of government.” Although often overlooked, public administrators play a critical role in how well governments function through their oversight of budgets and staff, as well as the effectiveness with which they implement new and existing legislation.

“Public administrators bring professional expertise to the table, an expertise that could be utilized by politicians of all persuasions,” Brewer said.

His research focuses primarily on two interrelated aspects of public administration—the motivations of civil servants and the performance of public agencies.

In one of his most widely cited studies, he and a colleague found that whistleblowers in the federal government—who are often portrayed as being disgruntled employees with an axe to grind—actually tend to be high performers motivated by a sense of duty.

The motivations of employees influence the effectiveness of organizations, and Brewer’s research has also examined the role of factors such as leadership, organizational culture, strategy and red tape. Taken together, the insights from his decades of research can help make organizations more efficient and effective.

His expertise has been sought by media outlets such as The New York Times and the BBC, as well as by governments, universities and research institutes around the world. Brewer is a visiting professor of public management at Utrecht University in the Netherlands, a visiting fellow of public management at Catholic University in Leuven, Belgium, and a professor of global public administration at the Georgian Institute of Public Affairs in Tbilisi, the capital of the Republic of Georgia. He previously served as an overseas adviser on public service performance at the Cardiff University Business School in Wales.

The U.S. Department of State has designated Brewer a Fulbright Specialist, which puts him on a short list of scholars who are eligible to consult on international projects in more than 150 countries around the world.

He’s shared his expertise on projects ranging from an examination of the impacts of China’s ambitious “One Belt, One Road” global infrastructure project on vulnerable, fragile nations; the development of Master of Public Administration programs in post-Soviet nations; evaluating federal ministry performance in the United Arab Emirates; and several other research programs and consortiums on performance and leadership in public agencies.

Brewer has published more than 60 journal articles, and his work has been cited nearly 7,000 times. He has published several books, including two that are currently in press. One of his forthcoming books, “Managing for Public Service Performance: How People and Values Make a Difference,” will be published by the esteemed Oxford University Press.

For his career achievements, he was recently named a Fellow of the National Academy of Public Administration, a congressionally chartered institution tasked with meeting the needs of government leaders. He joins 850 other NAPA Fellows that include public managers and scholars, business executives and labor leaders, current and former cabinet officers, members of Congress, governors, mayors, state legislators and diplomats.

Brewer brings his domestic and international experiences to the classroom, where he teaches graduate courses on public administration and democracy, public personnel and human resources administration, public management, managing government performance, policy implementation, research methods, data applications, and international and comparative administration. He has mentored nearly 30 doctoral students who have gone on to prominent positions in academia, the public sector and nonprofits.

In a time when civil servants are often maligned, he encourages his students to explore their motivations and interests in public service. “Having conversations about public service can be very powerful,” he said. “It’s important to serve other people and to protect the public interest.