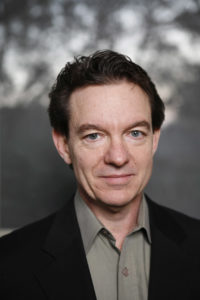 Pulitzer Prize-winning author Lawrence Wright will speak on “The Future of Terrorism” as the Ferdinand Phinizy Lecture of the history department on Feb. 27 at 4 p.m. in the UGA Chapel.

The lecture is presented in partnership with the Willson Center for Humanities and Arts, as part of the Global Georgia Initiative public event series, and with the School of Public and International Affairs and the Center for International Trade and Security. The event is also part of UGA’s spring 2020 Signature Lectures series.

Wright, a staff writer for The New Yorker, was awarded the Pulitzer Prize in general nonfiction for The Looming Tower: Al-Qaeda and the Road to 9/11 (2006), which won numerous other awards including being named by Time magazine as one of the 100 best nonfiction books ever written. Among his other books are Going Clear: Scientology, Hollywood and the Prison of Belief (2013), The Terror Years: From Al-Qaeda to the Islamic State (2016) and God Save Texas: A Journey into the Soul of the Lone Star State (2018).

Wright’s 2006 one-man play My Trip to Al Qaeda was adapted by Academy Award-winning director Alex Gibney for a 2010 HBO documentary, and Wright co-produced Gibney’s Emmy-winning documentary based on Going Clear for the network in 2015. Wright, Gibney and Dan Futterman co-created a 2018 drama series for Hulu based on The Looming Tower.

The Phinizy Lectureship was established and endowed by Dr. Ferdinand Phinizy Calhoun Sr. of Atlanta, UGA Class of 1900, as a memorial to his grandfather, Ferdinand Phinizy II of Athens. B. Phinizy Spalding, a descendant of the lecture’s namesake and professor of history at UGA, organized the lectureship for more than 25 years, bringing nationally recognized speakers in the sciences, arts and politics to the university.

John Spalding, a former chair of the UGA Foundation who holds degrees in history and law from the university, represents the Phinizy family on the committee that now programs the lectureship.

“The committee was looking for someone with cross-disciplinary appeal who could speak with authority on a timely topic,” Spalding said. “Lawrence Wright, being a leading expert on Middle Eastern affairs, seemed like the perfect fit. We hope students and faculty from across UGA will take advantage of this wonderful opportunity and attend the Phinizy Lecture.”

The Global Georgia Initiative presents global problems in local context by addressing pressing contemporary questions, including the economy, society and the environment, with a focus on how the arts and humanities can intervene. The series is made possible by the support of private individuals and the Willson Center Board of Friends.

UGA Signature Lectures feature speakers noted for their broad, multidisciplinary appeal and compelling bodies of work. Many of the lectures are supported by endowments, while others honor notable figures and milestones in the university’s history.