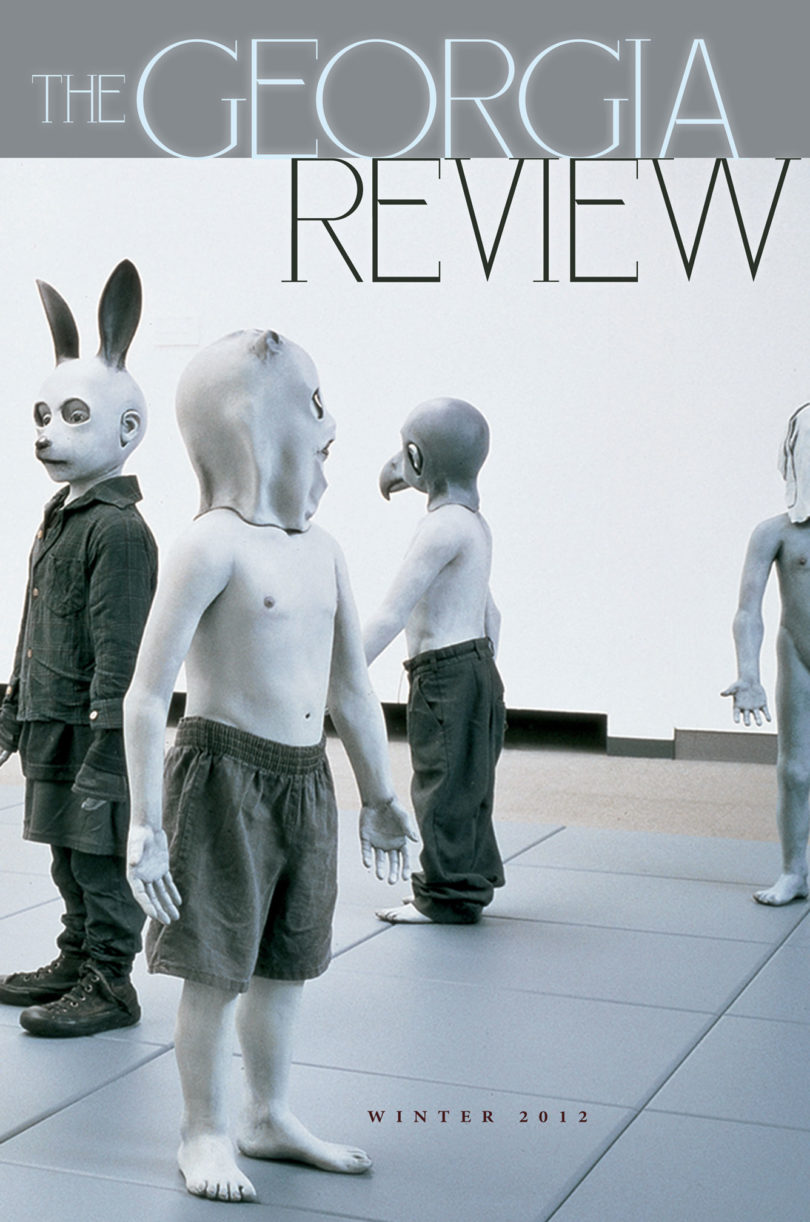 The just-released winter 2012 issue of The Georgia Review, UGA’s quarterly journal of arts and letters, is a literary tour that touches down on three continents and in a half-dozen centuries.

This issue also marks the completion of the Review’s first full year of providing online subscriptions to complement its perennial (since 1947) print version. Either format is available for $35 per year, and a combo subscription is $45.

Controversial South African sculptor Jane Alexander graces the issue’s wraparound cover (above) and interior portfolio with a range of her provocative “humanimals” in their emotionally charged 3-D settings. Maxine Kumin, a Pulitzer Prize-winning grand dame of American poetry, offers the incisive “Metamorphosis: From Light Verse to the Poetry of Witness,” wherein she outlines the evolution of her seven-decades-long writing career.

Stephen Dunn’s essay, “Poetry Now, and Some Thoughts on History, As If, Maybe, and No,” is complemented by Paul Zimmer’s “Reliquaries,” whose quirky survey of sacred containers takes the reader to a “tooled golden frame” in the Holy Cross Chapel of Prague, but also to a buried glass canning jar beside a Canton, Ohio, garage wherein the child Zimmer preserved his first-ever pet-a dime-store turtle he had named Murgatroyd.

Internationally renowned poet and Rumi translator Coleman Barks, a retired UGA faculty member, contributes a long, sweeping poem about writing, reading and speaking in the aftermath of the stroke he suffered in early 2011.

Readers will find much more of interest in the issue as well, including fiction-based reminders that the world still faces an AIDS crisis (“Griffonia” by Rene Houtrides) and religion-based bigotry (“Rapture” by 2012 Rona Jaffe Award winner Julia Elliott).