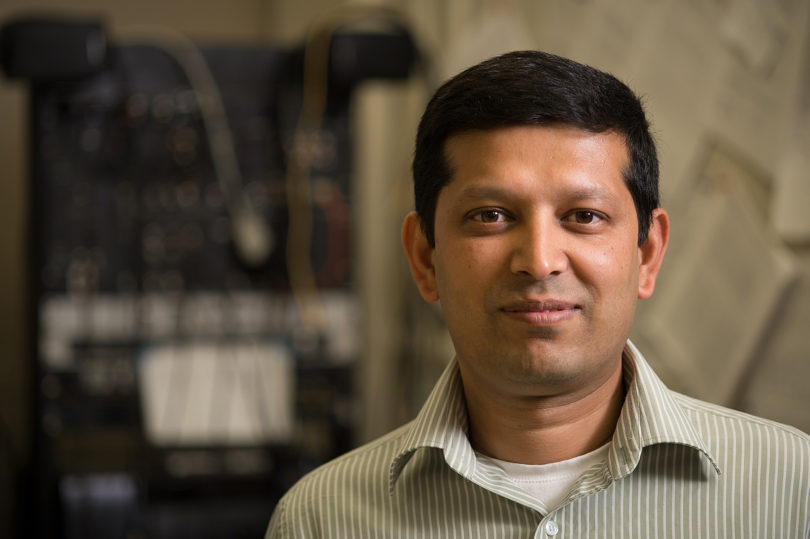 Athens, Ga. – Rahul Shrivastav, a professor and administrator who has spearheaded transformative changes to the student learning environment, has been named vice president for instruction at the University of Georgia.

Shrivastav, whose appointment at UGA is effective Feb. 15, is currently chair of the department of communicative sciences and disorders at Michigan State University, where he revised the department’s academic programs, introduced new pedagogical techniques and laid the groundwork for a new online degree program. Under his leadership, student applications to the department increased by 20 percent and private support increased by 25 percent.

“Dr. Shrivastav is dedicated to creating life-changing learning opportunities for students,” said Senior Vice President for Academic Affairs and Provost Pamela Whitten, to whom Shrivastav will report. “He brings an outstanding record of academic leadership, instruction, scholarship and service to this critical position at the University of Georgia.”

Shrivastav joined Michigan State University in 2012 as professor and chair of the department of communicative sciences and disorders. In that role, he developed and implemented a new strategic plan for the department and oversaw significant growth and restructuring of its academic programs, including expanded opportunities for experiential learning through study abroad and research. In addition, the department established five new laboratories, hired new faculty and dramatically increased its research funding.

“The vice president for instruction plays a major role in our efforts to provide a world-class learning environment for students,” said UGA President Jere W. Morehead. “Dr. Shrivastav possesses the administrative experience, expertise and commitment to student success required to advance teaching and learning at the University of Georgia, and we are excited to welcome him to campus in February.”

Prior to joining Michigan State, Shrivastav served on the faculty at the University of Florida and directed its Voice Acoustics and Perception Laboratory. He also served as a research scientist at the Brain Rehabilitation Research Center of the Malcom Randall Veterans Affairs Medical Center in Gainesville, Florida.

His research focuses on improving the assessment and treatment of speech-language disorders, analyzing speech patterns to create diagnostic and screening tools for conditions such as Parkinson’s disease, and enhancing the performance of hearing aids, cochlear implants and mobile phones. His work has garnered more than $6 million in research funding from agencies such as the National Institutes of Health and the Department of Veterans Affairs Rehabilitation Research and Development Service. Shrivastav has delivered nearly 140 lectures-many of them invited-across North America, Europe and Asia, and served on the editorial boards of several leading journals.

Shrivastav also co-founded and served as the chief scientist for a startup company based on software he co-invented that optimizes the performance of digital hearing devices. The company, Audigence Inc., secured more than $4 million in funding from angel investors and grants, hired 13 employees and filed more than 10 patent applications before the technology was licensed by the world’s leading manufacturer of cochlear implants in 2012.

Over the course of his career, Shrivastav has received a number of awards and recognitions. In 2009, he received the Colonel Allan R. and Margaret G. Crow Term Professorship, which recognizes faculty who excel in both scholarship and teaching at the University of Florida. He was named a Fellow of the American Speech-Language and Hearing Association in 2013, and this year he was named a Fellow of the Committee on Institutional Cooperation’s Academic Leadership Program.

“I am excited about joining the University of Georgia and I look forward to working with the faculty, staff and administration to ensure the success of its students,” Shrivastav said. “UGA is widely recognized for its exceptional students and faculty, and I am honored to have the opportunity to support UGA’s instructional mission.”