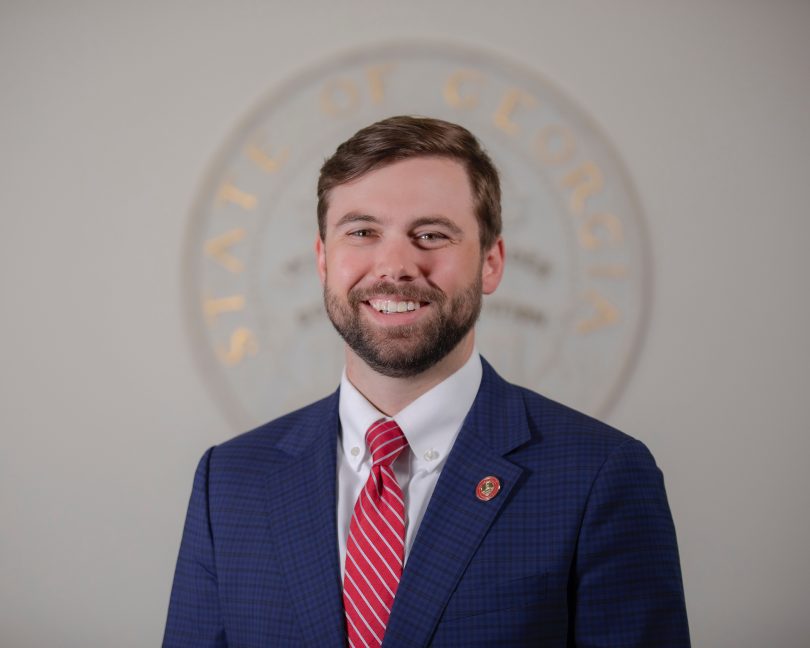 Blake Raulerson, a policy adviser to Gov. Brian P. Kemp and UGA graduate, has been named as the University of Georgia’s director of state relations, effective Aug. 2.

“Blake will be a strong team member in the Office of Government Relations as we advance the important partnership between the state and the University of Georgia,” said Toby Carr, vice president for government relations. “As the university advances our teaching, research and public service missions, the critical support we receive from the governor’s office and the legislature is essential to our success. I look forward to the many ways that Blake will enhance our relationships with state stakeholders and advocate for the university’s priorities.”

Based in Atlanta, Raulerson will be UGA’s primary liaison to the Georgia General Assembly, the Office of the Governor, state agencies and related groups. He will help develop and implement the university’s state agenda. He also will make connections between university representatives and key elected and appointed officials, including coordinating meetings in Atlanta and Athens. Raulerson will succeed Grant Thomas, who now serves as the state’s director of health strategy and coordination.

In Raulerson’s role as a governor’s policy adviser, he specializes in agriculture, natural resources, banks and banking, retirement, cybersecurity and state properties. Before joining the governor’s staff, he served as a governmental affairs specialist at Georgia Farm Bureau for three years, focusing on agriculture policy and advocating for the state’s No. 1 industry. He previously worked as a southeast field director for U.S. Sen. David Perdue.

Raulerson serves as an adviser on the Georgia Comprehensive Outdoor Recreation Plan Advisory Committee, which is responsible for developing the blueprint for maintaining and sustaining the state’s outdoor recreation resources. Raulerson earned his bachelor’s degree in political science from the University of Georgia in 2015. While on campus, he was a team leader for the UGA HEROs philanthropic student organization.