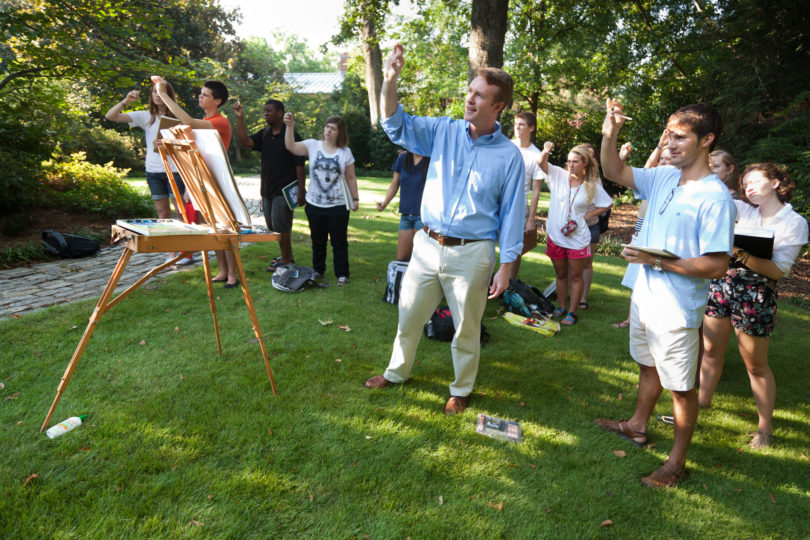 It’s now official. The university’s accreditation by the Southern Association of Colleges and Schools Commission on Colleges has been reaffirmed.

Bob Boehmer, who has served as UGA’s SACS liaison for the past 10 years, received word at the SACSCOC annual meeting in Orlando in December.

“The university’s compliance certification and Quality Enhancement Plan were among a small group featured at the SACSCOC annual meeting, attended by more than 4,200 educators from the South, as examples of excellence in the reaffirmation process,” Boehmer said. “This is a tribute to the excellent efforts put in by many people at the university over the last three years.”

Boehmer and staff in the Office of Academic Planning coordinated the extensive documentation required for reaccreditation, working in particular with three teams, who handled different components of the process. These included the Compliance Team, chaired by David Shipley, T.R.R. Cobb Professor of Law and former dean of the School of Law; the Quality Enhancement Plan Team, chaired by Rodney Mauricio, associate professor of genetics; and the Leadership Team, headed by President Michael F. Adams.

“The massive amount of work that was done in advance of the visit by the SACS review committee last March positioned us well,” Adams said. “The fact that the review committee issued no recommendations in its final meeting with senior administrators before leaving campus was certainly a sign that the visit went extremely well.”

The 10-member review committee, chaired by Robert Witt, president of the University of Alabama, was composed of senior administrators from other major public universities in the South. Nearly 50 separate meetings were held during the visit, involving close to 500 members of the university community-faculty, staff, students, administrators, trustees and alumni.

Prior to the visit, a lengthy compliance certification report was filed with SACS in September 2010 and an off-site review was conducted in November. In January 2011, the review committee was sent a subsequent report with UGA’s responses to specific points regarding compliance certification, as well as a separate report on how the university designed and planned to implement the First-Year Odyssey Seminars that were selected as the focus of the Quality Enhancement Plan. Those reports are posted online at www.sacs.uga.edu.

The university’s QEP focus-and continued attention to improving the undergraduate experience over the course of several years-was commended by the review committee during the exit interview at the March visit. The implementation plan for the First-Year Odyssey Seminars, which were offered to incoming first-year students this fall, also received praise from the committee.

“The reaffirmation of accreditation process has been beneficial to the university in many ways,” said Provost Jere Morehead. “Most significantly, the First-Year Odyssey program was developed through a grassroots effort that engaged faculty, staff, students and alumni in the process. Other long-term benefits include the development of an Academic Planning System, a faculty roster database and a process for evaluating substantive changes to academic programs, among projects worked on by the Compliance Team. All of these efforts will continue to improve both the student experience and our internal operations.”

The next reaffirmation of accreditation will take place in 2020-2021. In the meantime, SACSCOC requires that an interim report be submitted in March 2017. The report will include an abbreviated compliance certification plus an impact report on the Quality Enhancement Plan.

The Office of Academic Planning will be working to keep information used for the 2010 compliance certification and needed for the next reaffirmation process up to date.