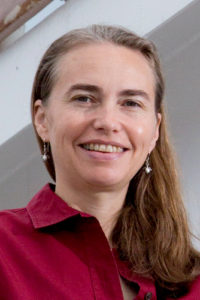 Samantha Joye, an Athletic Association Professor of Arts & Sciences and Regents’ Professor in the department of marine sciences in the Franklin College of Arts and Sciences, was quoted in a National Geographic article.

The article discusses how the BP oil spill affected the Gulf and its ecosystems. After 10 years, scientists feel like they’re just realizing the full impact of the event.

“We’re just to the point now where we have enough data to recognize things we missed earlier, and there’s still a lot we don’t know,” said Joye. “This is a marathon, not a sprint.”

Studies show that the area near the well site was most damaged and that reef fish changed drastically after the spill, absorbing some of the oil-sourced contaminants.

“It’s astounding,” she said. “We underestimated so many of the impacts when we were first looking.”

Only after a decade of sustained observation, she says, have the true impacts of the spill started to become clear.

There were many basic science questions that were unknown about the area of the world, like ocean currents and wind patterns, that made the issue hard to understand. Ultimately, knowledge gaps hindered the recovery process.

“The first fundamental issue we faced in 2010 was a chronic lack of baseline data,” she said.