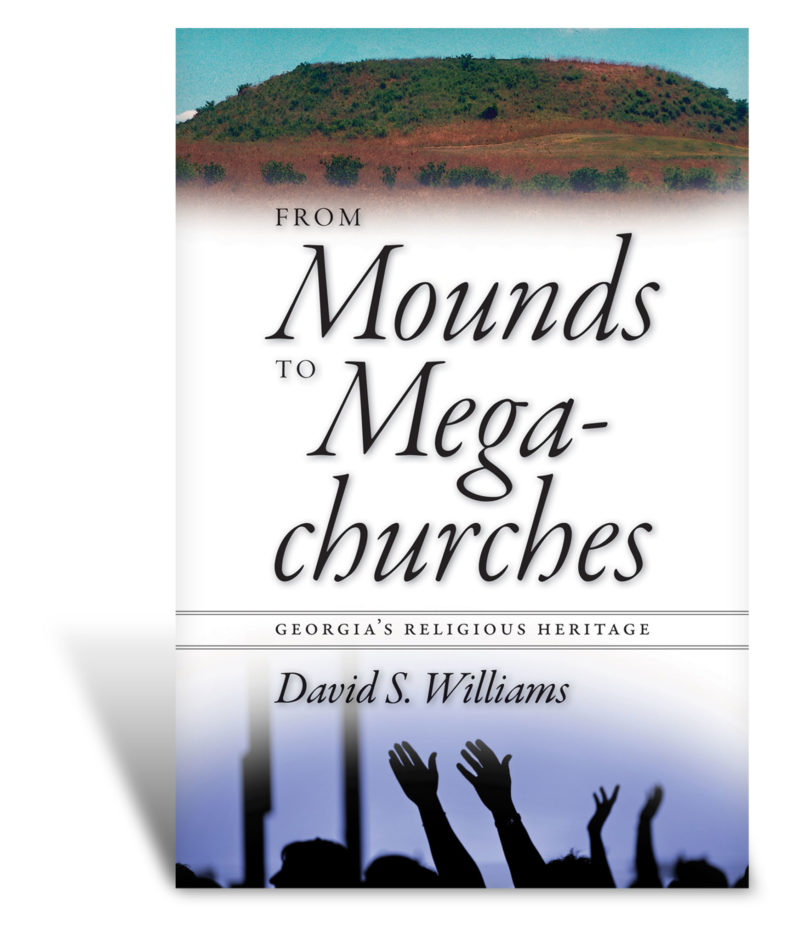 In From Mounds to Megachurches, David S. Williams offers a sweeping overview of the role religion has played in Georgia’s history from precolonial days to the modern era.

It wasn’t until much later that evangelicalism triumphed and Baptists became the overwhelmingly dominant denomination.

Recently, Georgians have seen racial, ethnic and religious diversity grow as Muslim, Buddhist, Hindu, Sikh, Baha’i and other communities have settled in the state.

Williams explores how Georgians have dealt with contemporary issues of tolerance and how, at times, the state has taken center stage in the nation’s culture wars.