Award-winning director Martin Damien Wilkins came to the University of Georgia to work with students on their spring play, “In the Blood,” which ran throughout much of February.

Originally published in 1999, playwright Suzan-Lori Parks’ “In the Blood” is a reimagining of Nathaniel Hawthorne’s “The Scarlet Letter” that transposes its own version of Hester Prynne to modern-day America.

Hawthorne’s Prynne is a puritan in 17th-century Massachusetts Bay, and on the surface seems worlds apart from the play’s Hester, who is a homeless, illiterate woman struggling to survive in New York while trying to raise five children. In their different times and places, however, the characters are forced to contend with the challenges presented by poverty, discrimination and oppression. 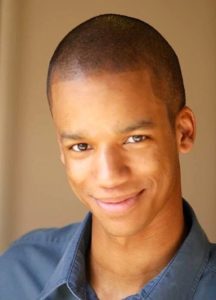 The UGA Theatre invited Wilkins to bring Parks’ play to life as the first show of the spring 2019 season. Wilkins, who recently received best director honors at the 2018 Suzi Bass Awards, is no stranger to the playwright’s work, having directed her play “Father Comes Home From the Wars” for Actor’s Express in 2017.

“I thought, particularly as an African American, she was speaking in a very unique voice,” Wilkins said. “Suzan-Lori Parks is a playwright who’s very interested in what’s happening, both politically, but also what’s happening in terms of pop culture, in terms of history, and she’s able to synthesize all of those ideas into really compelling characters.”

“Suzan-Lori Parks was the first African American woman to win the Pulitzer Prize for drama and is widely recognized as one of America’s greatest living playwrights,” said David Saltz, head of the theatre and film studies department in the Franklin College of Arts and Sciences. “And Martin Wilkins is one of the most sought-after and creative young directors in the Southeast.”

Wilkins worked with a team of undergraduates and graduates to craft the production. Junior business management and theatre major Kasey Freeman took on the challenging lead role of Hester, a role that she describes as quite personal to her.

“Hester reminds me of my own mom,” Freeman said. “She is a black, single mother who tries her best to provide for the children she loves dearly. The amount of strength and courage it takes to raise children by yourself as a black woman is difficult to imagine.” 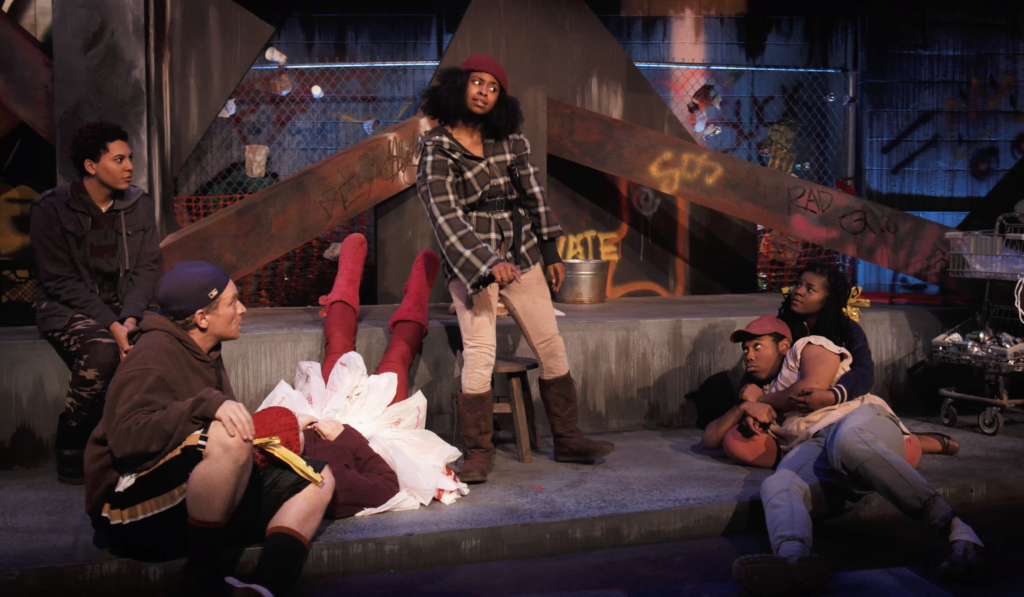 “Incorporating abstract elements proved difficult at first because I wanted to convey a somewhat realistic overhanging structure for the bridge, for example,” Walsh said. “I am very proud of the strides I have made as an artist during this project.”

For Saltz, productions like “In the Blood” present myriad opportunities for theatre students.

“The play allows us to show off the strengths of the department as a whole, giving our students the chance to work and learn alongside professional artists and one another to create an electric experience for audiences that speaks directly to some of the most pressing issues of the day,” he said.

Wilkins, who is originally from Charlotte, North Carolina, has also made it a priority to nurture the arts in the Southeast, especially as the entertainment industry continues to grow in Georgia.

“I think communities like Athens and UGA are benefiting from the fact that you can start to nurture the work of young artists who don’t necessarily have to then take their work and go to New York, or go to L.A., or go to Chicago,” he said. “They may be able to stay in the region, particularly if they have roots here.”