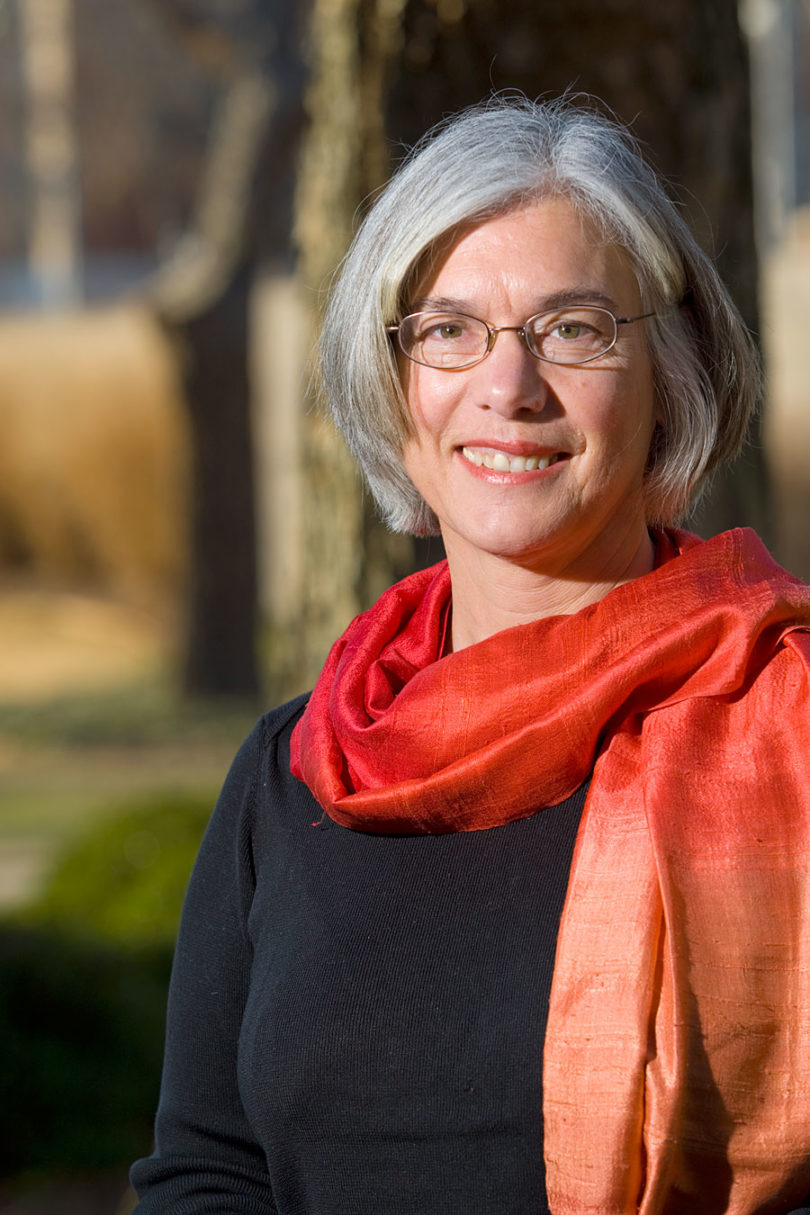 Athens, Ga. – New research from the University of Georgia department of psychology gives researchers a unique glimpse at how humans develop an ability to use tools in childhood while nonhuman primates—such as capuchin monkeys and chimpanzees—remain only occasional tool users.

Dorothy Fragaszy, a psychology professor in the Franklin College of Arts and Sciences and director of the Primate Behavior Laboratory at UGA, created two studies to look at how nonhuman primates and human children differ in completing simple spatial reasoning tasks.

Much like a game of Operation, human children ages 2, 3 and 4 and adult nonhuman primates were asked to fit a stick, a cross and a tomahawk into a matching cutout space on a tray. Children were also given an opportunity to complete this task by placing the sticks on a mat with a drawing of the matching shape, as well as into a space on a tray.

“We did the study with nonhuman primates specifically to look at the management of objects in space,” Fragaszy said. “I wanted to give them a spatial reasoning task that was not a tool-using task. We wanted to look at how they worked with these objects and arranged them in relation to features of another surface and from that gain some insight as to how they use objects as tools.

“In the case of the children, we wanted to see how they completed the same spatial reasoning task, but with a developmental dimension to it that is not present with our study of nonhuman primates because they were all adults.”

Children were adept at using sight to help figure out how an object should be aligned to fit it into the space. Sometimes some of the 3- and 4-year-olds would hold the object, especially the cross or tomahawk stick, a little bit above the tray and move it in the air as if they were aligning it visually before they put it down.

Instead of depending on sight, nonhuman primates often used their sense of touch, known as their haptic senses, to feel how the object fit into the space.

“Adult chimps and capuchin monkeys are among the most accomplished spatial problem solvers among the nonhuman primates, but even the 2-year-olds are much better than they are at alignment,” Fragaszy said.

Between 16-18 months and 2 years, humans develop a new relationship between vision and action. Prior to this development, they have trouble orienting another object that’s not their own body in space.

When asked to complete the task in a two-dimensional version that involved visually aligning an object in the correct place, children were less successful and made fewer attempts than with the three-dimensional tasks.

“This makes sense if you think about the contribution of haptic perception to what’s going on,” Fragaszy said. “You can feel when a three-dimensional object hits the edge of a cutout. You don’t feel anything with a flat two-dimensional object such as a disk. It indicates again that vision is not enough for young children. The haptic component is also helpful for them. For nonhuman primates, the haptic component is essential.”

Humans use what’s known as a vision for action system. Visual information is integrated into planning action and guiding movements of the body in space, especially to use the hands to reach for and grasp objects and manipulate them in space. Researchers have studied what happens if part of that system doesn’t work very well, but researchers haven’t known much about how that system develops until now.

“People have thought for a long time about what makes tool use difficult for nonhuman primates and easy for humans, but they haven’t thought about it in this way,” she said. “I’m hopeful that this will generate further research on this, both with humans and nonhuman primates, to clarify the answer to this question.”

The study, “‘Vision for Action’ in Young Children Aligning Multi-Featured Objects: Development and Comparison with Nonhuman Primates,” appears in the journal PLOS ONE and can be viewed at http://journals.plos.org/plosone/article?id=10.1371/journal.pone.0140033.