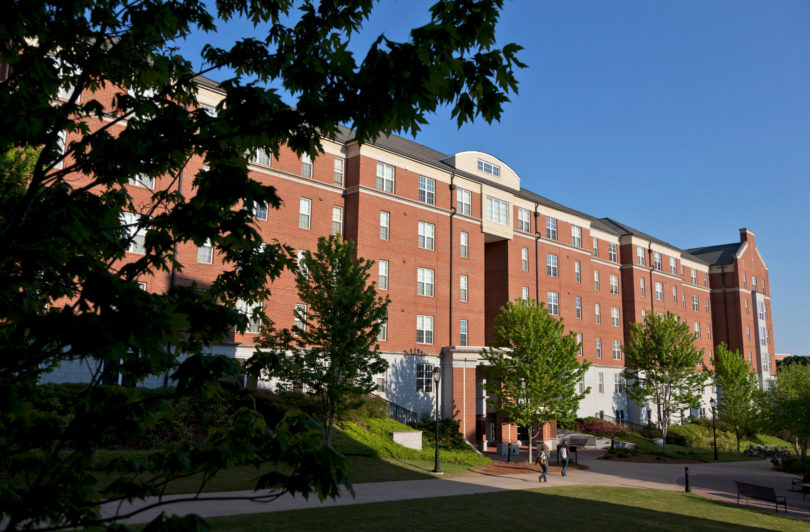 Building 1512 will be named after the late Georgia Gov. George D. Busbee.

Athens, Ga. – The East Campus Village on the University of Georgia’s campus will soon have a new addition to its named residence halls. The University System of Georgia Board of Regents voted today to approve the naming of Building 1512 after the late Gov. George D. Busbee.

Building 1512 opened in the fall of 2004 along with three named residence halls-McWhorter Hall, Rooker Hall and Vandiver Hall. The apartment-style buildings offer two, three and four bedroom options to more than 1,200 students.

“We believe this to be a fitting honor for this UGA alumnus, known by many Georgians as the state’s first ‘education governor,'” wrote UGA President Michael F. Adams to Chancellor Hank Huckaby on the renaming of Building 1512.

“We are proud to claim Gov. George Busbee as one of the many alumni who have served in Georgia’s highest office and would be honored to have his legacy recognized with the naming of a University of Georgia building.”

A native of Vienna, Busbee enrolled as a student at UGA after attending both Georgia Military College and Abraham Baldwin Agricultural College and serving in the U.S. Navy. At UGA, he earned a bachelor’s degree and law degree. After graduation in 1952, he started a law practice in Albany, where he and his wife Mary Elizabeth raised four children.

In 1956, Busbee was elected to the Georgia House of Representatives and served for 18 years. He served two terms as governor of Georgia—the first governor in the state to do so consecutively—and was preceded in that office by Jimmy Carter and succeeded by Joe Frank Harris.

After retiring from politics, Busbee lived with his family in Duluth and became a partner at King & Spalding. He died in 2004 at the age of 76.