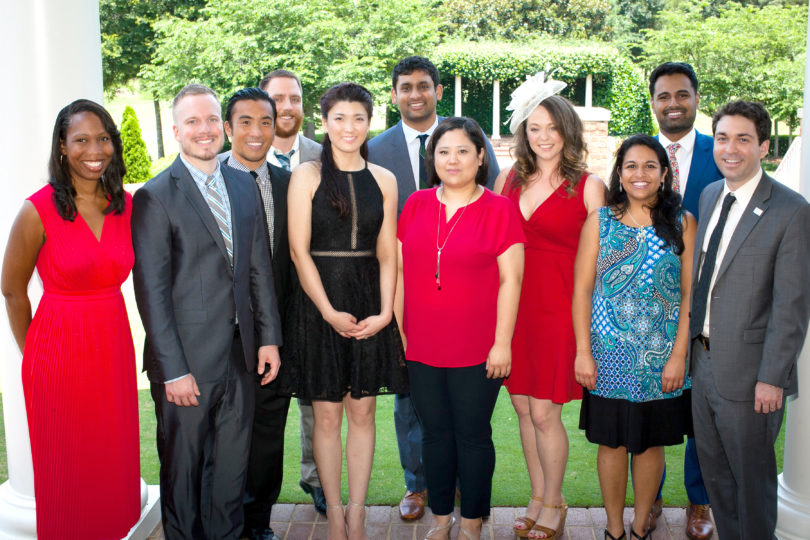 Many of the new doctors will stay in Georgia

Georgia needs more doctors. In fact, the entire country does. The University of Georgia and Augusta University are working to address this need.

In June, 10 residents from the initial class of the Medical College of Georgia at the Augusta University/ University of Georgia Medical Partnership Internal Residency Program marched in recognition of finishing their three-year residency program. Each was surrounded by their family members, mentors and other physicians who guided them along the way. Several graduates accepted positions in the state.

According to a 2017 study by the American Association of Medical Colleges, the U.S. is expected to face a shortage of between 40,800–104,900 doctors by 2030. This is fueled by a growing population, and an increase in the amount of aging Americans and retiring physicians.

And in order to meet the national average of 36.6 physicians per 100,000 people, Georgia needs an additional 1,456 graduate medical education positions in various specialties such as family medicine, internal medicine and general surgery.

Since the inception of the Medical Partnership residency program, an additional internal residency program has been established at Piedmont Athens Regional bringing an additional 15 residents to the Athens community each year. Combining the two programs, the total number of resident positions in Athens is now 85.

From UGA football player to doctor

Following graduation from UGA, Brian Brewer knew he wanted to attend the Medical College of Georgia at the AU/ UGA Medical Partnership in Athens. Attracted to the smaller class size with active learning methods, he was a member of the second class of graduating physicians. 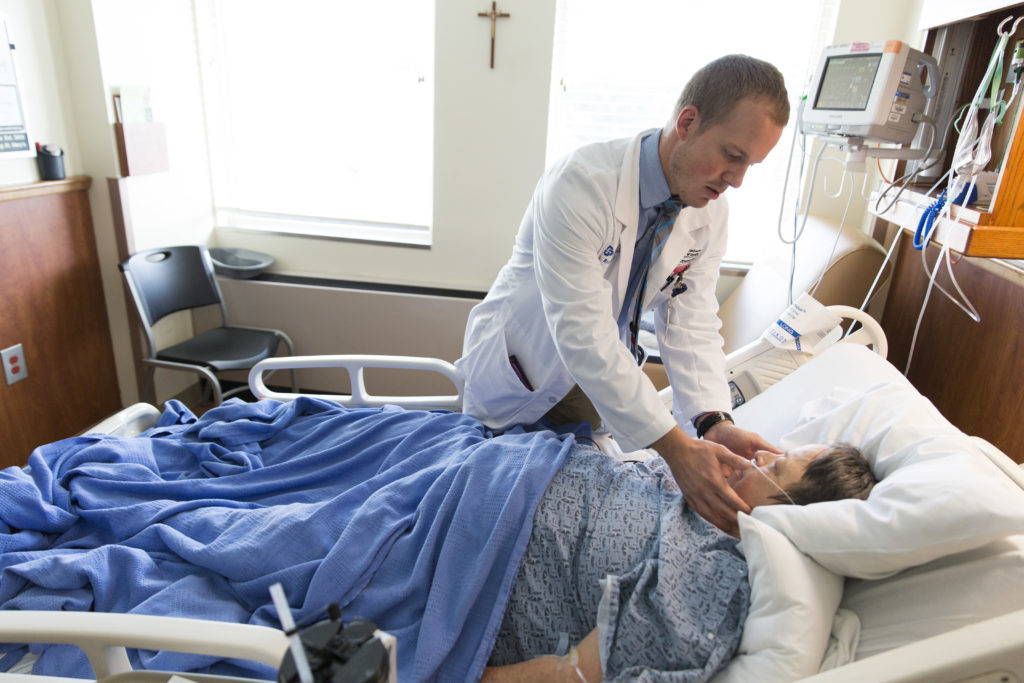 This month marks the achievement of another one of Brewer’s milestones: He graduated from the AU/ UGA Medical Partnership Internal Medicine Residency Program, where he also happened to be a member of the inaugural residency class.

“I wanted to be hands on from the beginning,” Brewer said. “I knew that by being at a new program I would be first in line for all the training activities. In addition, the strong connections to the city that I made in undergrad, as well as in medical school, afforded me the opportunities to organize rotations around my professional interests.”

Following graduation, Brewer will complete a sports medicine fellowship at the University of Kentucky Medical School. As a former running back for the Georgia Bulldogs, this is a natural fit for the physician. Brewer said that he received a lot of support from the team physicians at UGA while pursuing his career in sports medicine.

There are many challenges to starting a graduate medical education program including funding, the need for a teaching hospital, and the perceptions of medical staff as well as their willingness to take on additional duties and responsibilities.

“I’m grateful for the partnership we found with St. Mary’s Healthcare Systems,” said Dr. Shelley Nuss, Medical Partnership campus dean. “Without their help, the residency program would have never come to fruition. It takes commitment and dedication not only from the community physicians and hospital leadership, but from every employee that is part of the organization.”

Keeping graduates in the state

Studies have shown that residency programs help states retain their medical school graduates. According to a 2014 survey by the Georgia Board for Physician Workforce, Georgia kept 80 percent of those students who went to high school, medical school and completed their residency in the state.

This has proven to be true with this inaugural residency class. Out of the 10 residents graduating from the Medical Partnership Internal Residency Program, three will remain in the Athens area. Dr. Andrew Ke will work at as a hospitalist at St. Mary’s Hospital, Dr. Narayana Gowda will be the Chief Resident at the AU/ UGA Medical Partnership Residency Program and Dr. Akhil Reddy will be the Chief Resident at Piedmont Athens Regional.

Three more of the program’s graduates will return to Athens to practice in the upcoming year. Dr. Christina Elstead will be joining Athens OB/GYN, Dr. Parker Smith will join Piedmont Athens Regional as an emergency care physician, and Dr. Chip Carnes is joining Athens Urology Group.

Brewer also plans to return to Athens after his fellowship., “I have now lived in Athens longer than anywhere in my life. I consider it home. I feel that I could provide a lot of service to the area in the field of non-operative orthopedics, as well as preventative care” he said. “I am excited to see the impact our class will have on the field of medicine.”

The graduates: A list of graduates and their destinations include: