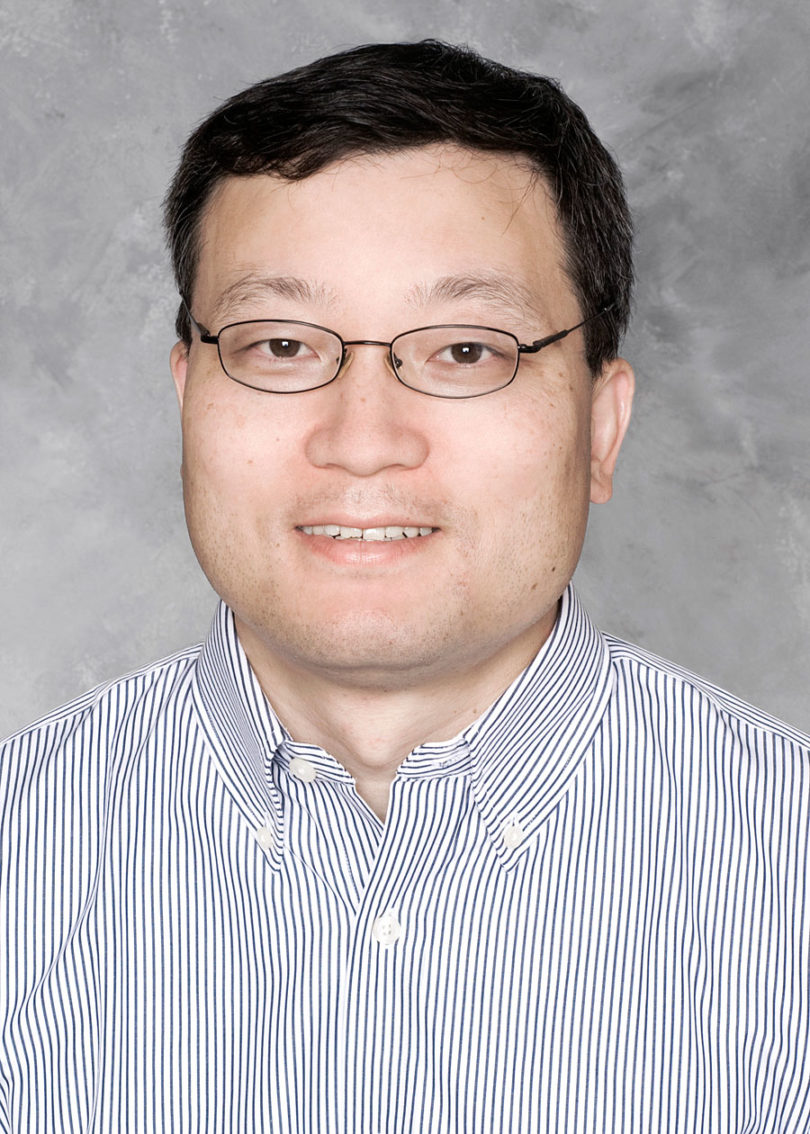 Athens, Ga. – Mumps may seem like a disease of a bygone era to many people in the U.S. who, thanks to immunization programs, have been spared the fever, aches and characteristic swollen jawline of the once common viral infection. Biao He, a University of Georgia professor of infectious diseases and a Georgia Research Alliance distinguished investigator in the College of Veterinary Medicine, worries that a new strain of the virus is spreading, and it could lead to the widespread reintroduction of mumps. Now, thanks in part a $1.8 million grant from the National Institutes of Health, He and his team are working on a new vaccine to stop it.

Although not typically a life-threatening disease, mumps can lead to serious health problems such as viral meningitis, hearing loss and pancreatitis; and it can cause miscarriage during early pregnancy.

Vaccinations diminished the number of cases dramatically, and at one point it appeared that the U.S. was on pace to eradicate the disease. But two large outbreaks of the virus in 2006 and 2010 involving thousands of confirmed cases in the Midwest and Northeast put the hope of eradication on hold. He is concerned that the current vaccine, which has been in use since 1967, may be showing signs of weakness.

“The virus is always evolving and mutating, and new viruses will emerge,” He said. “It’s only a matter of time until the old vaccine we have doesn’t work.”

The current vaccine is commonly called the Jeryl Lynn strain and is named after the daughter of inventor Maurice Hilleman. It is based on a specific genotype of the mumps virus called genotype A. However, the 2006 and 2010 mumps outbreaks were caused by another strain, genotype G.

Even more troubling is that most of the people who contracted mumps during the 2006 and 2010 outbreaks had received the recommended two-dose vaccination in their early childhood, meaning that the virus was spreading even among the vaccinated population.

“The question is: With this new genotype virus emerging in the vaccinated population, what do you do about it?” He said.

Some have suggested administering a third Jeryl Lynn vaccine to boost immunity later in life, but it is unclear if that approach would be successful. He suggests that modern scientific techniques have made the creation of some vaccines much easier, so producing a new mumps vaccine may be the most effective method of controlling the emerging threat.

“In the past few years, we have taken advantage of genetic engineering, and my lab is particularly good at engineering viruses,” He said. “We can take a virus, look at its genetic sequence, take bits and pieces away and generate a new virus with less virulence that will work as a vaccine.”

Before the advent of genetic engineering, the process of creating a vaccine could be intensely laborious, as researchers would have to pass the virus through many generations of reproduction until they found a naturally occurring weakened virus. This process can take long periods of time, and there is little guarantee that the weakened virus will work as a vaccine.

Vaccine safety became a topic of much discussion after British medical researcher Andrew Wakefield suggested that there was a link between the measles, mumps and rubella vaccine and autism. However, his claims were found to be fraudulent, and Wakefield was barred from practicing medicine in the United Kingdom.

Much of the fallout from the Wakefield case remains, and some are still hesitant to have their children vaccinated, but He is insistent that administering vaccines to children is the safe and responsible thing to do.

“The No. 1 issue for us in making a pediatric vaccine is safety,” He said. “So far our testing suggests we are on the right track.”

Once He and his laboratory have devised a safe, reliable method to create vaccines for genotype G, they can apply that knowledge to rapidly produce vaccines for the other 12 mumps genotypes currently circulating in populations throughout the world.

Health professionals were able to contain the outbreaks of 2006 and 2010, but He thinks that the large global population and ease with which people move from one location to another make humankind vulnerable to rapid disease spread.

“It’s almost like a small fire; if it stays small, we can put it out,” He said. “But if conditions are right, and the wind begins to blow, the fire can take over.”

Research reported in this publication was supported by the National Institutes of Health under award number 1R01AI097368-01A1.