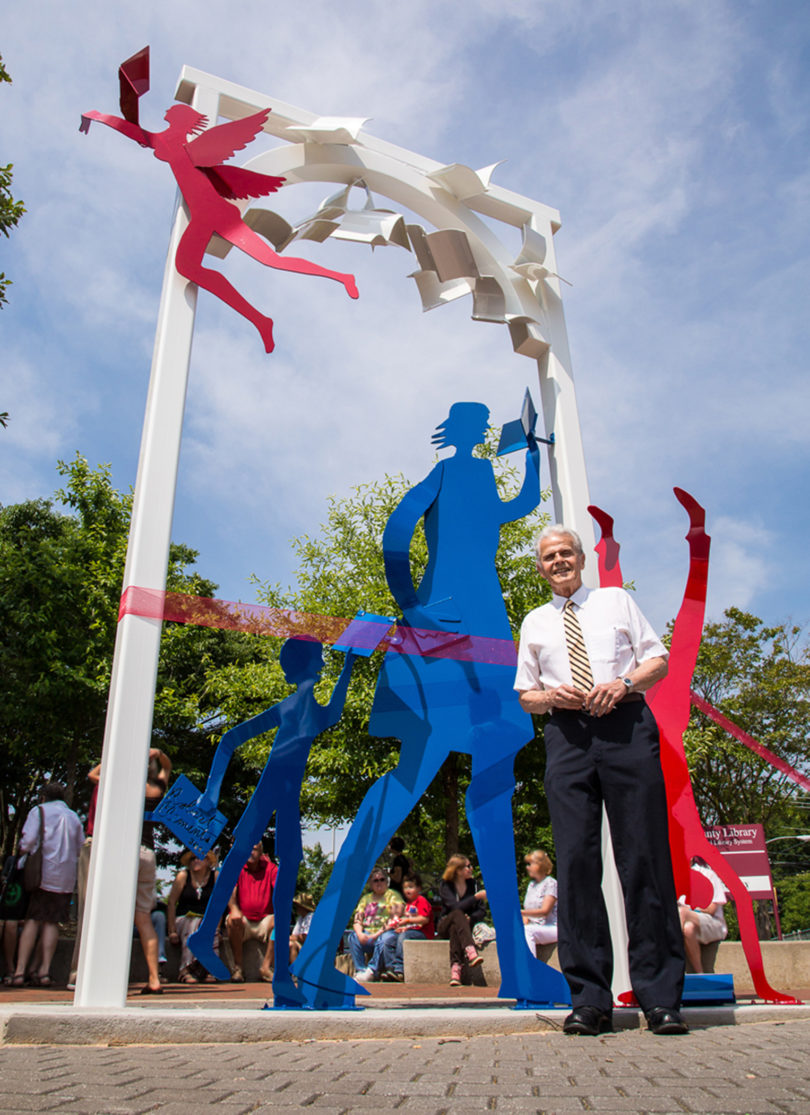 Drivers traveling past the Athens-Clarke County Library on Baxter Street will notice a new, large, colorful structure just near the road. Red, white and blue, this 15-foot sculpture is the latest public artwork by retired UGA Emeritus Professor of Art Robert Clements.

Clements, whose work is installed as public art at sites around the country, has extended that legacy to Athens. His work features four metal figures-a mother reading, a child holding books, a teen doing acrobatics while flipping through a book and a mythical figure known as the “Muse of Learning,” which is represented by a winged person holding a laptop. The muse’s implied movement guides people into the library while white “book-birds” representing the ideas that can come from books float above the figures.

Following a competition, the sculpture was funded by the Athens Cultural Affairs Commission. It was installed in a May ceremony attended by Athens Mayor Nancy Denson and other public officials.

“Public art defines the quality of a city,” Clements said. “We’re very fortunate in Athens to have the university here. UGA gives artists a chance to spark off one another and pursue creativity for a lifetime.”
Clements’ ties to Athens and UGA remain vibrant, despite his retirement from the university
18 years ago.

Clements was a professor at the Lamar Dodd School of Art from 1969-1996. During that time he won several teaching awards and research grants.

Clements’ sculptures have been exhibited around the country-from the Smithsonian American Art Museum to the Indian Creek MARTA Station in Atlanta. His paintings, alongside art by his wife, Claire, were on display at Ciné.