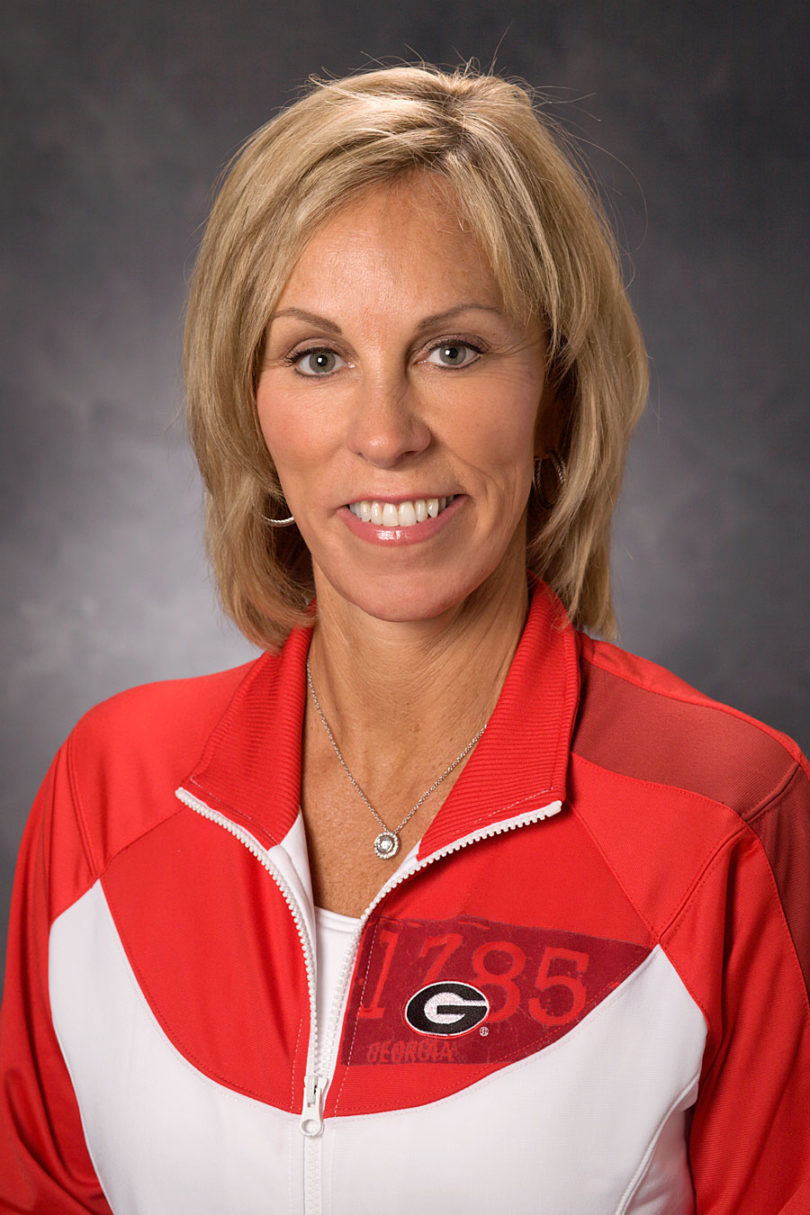 Suzanne Yoculan, retiring head coach who led the women’s gymnastics team to 10 NCAA championships-the most in NCAA history-will be the speaker for the university’s summer Commencement exercises Aug. 1 beginning at 9:30 a.m. in Stegeman Coliseum.

In her 26 years at UGA, Yoculan’s teams have also produced 16 Southeastern Conference titles, 21 NCAA regional crowns, 37 individual NCAA champions, 306 All-American citations and 836 career victories. She guided her team to the nation’s top three in 20 of the past 21 years. In 19 of her 26 years, Yoculan led UGA to an SEC title, an NCAA title or both. She was chosen as the National Coach of the Year five times and the SEC Coach of the Year eight times. Under Yoculan, only three gymnasts have left UGA without their degrees, and no gymnast has ever transferred from UGA’s program.

“Over the past 26 years, Suzanne Yoculan has developed a national reputation not only for gymnastic excellence, but for her ability to motivate young people to graduate in unprecedented numbers,” said UGA President Michael F. Adams. “Her five national titles in a row-and 10 overall-attest to her athletic success. But her capacity to graduate such highly skilled athletes in today’s competitive academic environment is equally impressive.
We are pleased to have her impart words of wisdom and encouragement to our graduates.”

The UGA gymnastics program has grown during Yoculan’s tenure. In 1983, less than 200 fans attended most gymnastics meets. Today, that number reaches nearly 10,000. UGA’s meets also are televised regionally and nationally several times throughout the year.
Yoculan fostered the growth and ever-increasing support of the Ten-0 Booster Club, which is the largest gymnastics booster club in the nation with more than 800 members.

She is a motivational speaker, traveling throughout the country to convey her experiences in such topics as team chemistry, reaching one’s full potential, sports promotion, leadership and personal growth.
The number of students eligible to receive degrees will not be known until the conclusion of final exams on July 31.