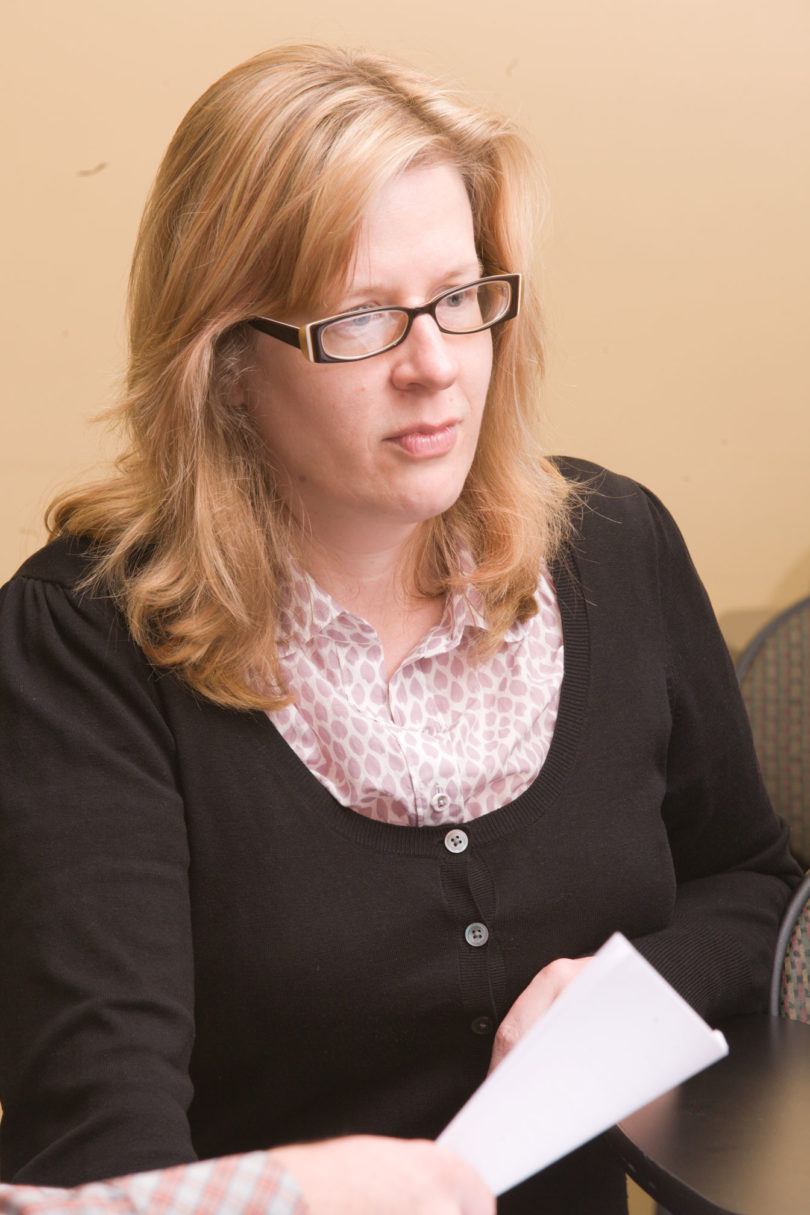 Three UGA faculty members will receive Richard B. Russell Awards for Excellence in Undergraduate Teaching at the 2008 Faculty Recognition Banquet at the Georgia Center for Continuing Education Conference Center and Hotel on April 22. Russell Awards recogn

Patricia Richards’ passion for sociology and women’s studies is contagious.

She “has a fiery passion for the subject she teaches, and that passion sparks learning and creative energy in the classroom,” said Christopher E. Stokes, a senior double majoring in sociology and women’s studies.

In fact, Richards is so enthusiastic that students who take her classes on a whim often end up majoring in the subject or even pursuing master’s or doctoral degrees.

Alumna Sheetijia Kathuria initially thought that Richards’ “Intro to Women’s Studies Course” would be a “light, easy course to get through,” but instead said it was one of the most important classes she ever took. Because of the class and Richards’ innovation and mentoring, Kathuria decided not only to major in sociology and minor in women’s studies, but to pursue a doctoral degree in sociology.

So, it’s no surprise that one of Richards’ primary goals is to inspire students to enjoy learning.

“She understands her students and knows how to motivate them to want to learn and comprehend the material,” said Stokes. “She manages to make every class relevant and interesting from beginning to end.”

Richards said she believes that “all students have something valuable to contribute to the classroom experience,” and she enthusiastically supports undergraduate research projects and has advised undergraduate Honors theses.

Chris Cuomo, director of the Institute for Women’s Studies, said in her nomination letter that Richards’ teaching is exemplary in every area-that she’s a passionate and enthusiastic instructor and a tireless and supportive mentor.
“When Richards is in the building, the students are abuzz with excitement and interest, ” she said. “This is the sort of undergraduate teaching that becomes legendary and ought to serve as a model for others.”

George Contini earns rave reviews for his performance both in and out of the classroom. Students who take his classes or work with him on theatrical productions give him high marks for helping them become better actors.

“His consistency [has been] reassuring, giving my fellow actors and me a firm connection between our work in class and our work on stage,” said Ruth Crews, a second-year master’s performance candidate. “Yet he also encouraged-in fact, demanded-creativity, giving us a variety of tools and approaches to the work rather than conforming everyone to one mode. The effectiveness of his teaching can be seen in his students’ confidence with the material: he insists that we be active rather than passive learners.”

Contini earned a bachelor’s degree with a double major in theatre and English from Ohio’s Baldwin-Wallace College in 1983 and a master’s degree in film production (directing) from Florida’s University of Miami in 2000. A faculty member at UGA since 2001, he teaches a broad range of undergraduate and graduate courses.

Outside of class, Contini has been director of UGA’s London study-abroad program since 2003 and has served as a faculty adviser to Thalian Blackfriars, the student-run theatre organization. He also has been an adviser to UGA’s chapter of Alpha Psi Omega, the national theatre honor society, and is currently the undergraduate coordinator for the department of theatre and film studies.

In addition to working professionally as an actor, Contini is studying to become a master teacher in the Michael Chekhov acting technique, which focuses on the psycho-physical connection of actors. Key elements of the technique include the “psychological gesture” and the use of images and sounds to create “grotesques” or theatrically heightened characters.

David Saltz, head of theatre and film studies, commends Contini for his ability to show students the power of theatre beyond its ability to entertain, as he did with University Theatre’s 2002 production of The Laramie Project. The play details the aftermath of the 1998 murder-widely considered to be a hate crime motivated by homophobia-of Matthew Shepard, a student at the University of Wyoming.

“Professor Contini expanded [the production] into a four-week interview and political awareness project that helped students appreciate their power to affect change through theatre and activism,” Saltz said. “Presented in conjunction with a Willson Center symposium, The Laramie Project was a compelling example of theatre as a tool for social engagement on a college campus.”

Thanks to Mitos Andaya, associate professor of music and associate director of choral activities, music fans the world over are singing the praises of UGA’s choral program.

It began in 2005, when she took the UGA Chamber Choir on its first international tour in 20 years.

“UGA has much to offer students and the music community, not only locally, but nationally and internationally,” she said.

But her accomplishments in Athens have surpassed even the lofty expectations that came with her to UGA in 2001.

Since joining the faculty, she has initiated the university’s first vocal jazz ensemble course, Classic City Jazz, which has been selected to perform at numerous events including the May 2002 tribute to jazz trombonist Wycliffe Gordon and the Georgia Music Educators Association In-Service Conference in January 2004.

Andaya also revised and reshaped Collegium Musicum, previously taught as a lab ensemble, into an outfit that performs historical music from the baroque, Renaissance and medieval eras once or twice a semester.

Tenured to spend about half her time instructing students, Andaya conducts the University Chorus and the Women’s Glee Club and teaches a course in choral conducting.

She also serves as an academic adviser for an average of 14 undergraduate music education students per semester and currently sits on three graduate advisory committees.

“There is a unique connection between conductors and their musicians, something beyond that of teacher and student, and great music is made when each one believes in the other.”

Henry is not alone. The Student Government Association’s academic affairs committee selected her, from more than 80 nominations, as one of its “Top 12 UGA Professors 2005-06.”