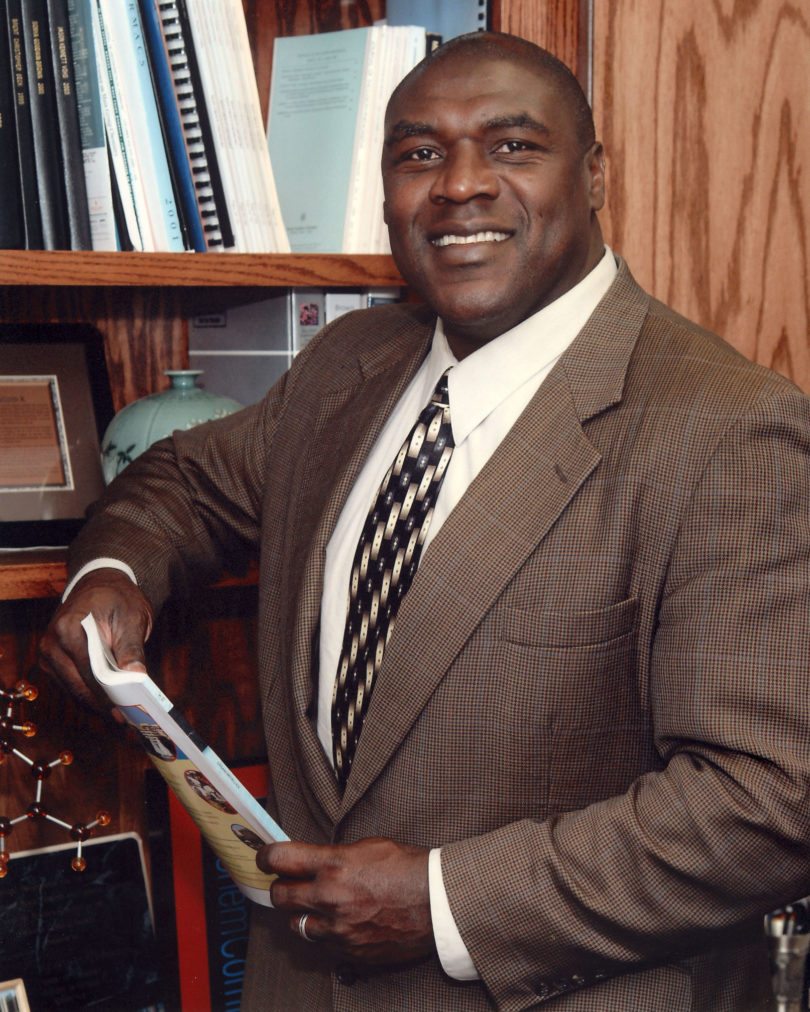 Athens, Ga. – Gregory H. Robinson, Franklin Professor and Distinguished Research Professor of Chemistry at the University of Georgia, has been honored with a national award from the American Chemical Society, the world’s largest scientific society.

Robinson will be presented with the F. Albert Cotton Award in Synthetic Inorganic Chemistry at the national ACS meeting in April. The award is given to one person annually and recognizes lifetime achievements and distinguished work in synthetic inorganic chemistry with a particular emphasis on creativity and imagination.

“Professor Robinson continues to distinguish himself among his colleagues and peers around the world. The many accolades that he receives, such as this most recent recognition from the American Chemical Society, demonstrates just that,” said UGA President Michael F. Adams. “I am proud that he is a member of our faculty and our community.”

Over the past 25 years, Robinson and his team have published a series of findings that have reshaped how scientists view the bonding of inorganic chemicals. In a highly cited 1995 paper, he demonstrated that metals can display electronic behavior that was previously only thought possible with carbon-based ring systems such as benzene. These chemical compounds, known as aromatics, are particularly stable, and Robinson’s innovations have potential applications in semiconductors and electronics. His research team installed a triple bond between two gallium atoms and later prepared a compound containing an iron-gallium triple bond.

In another landmark paper published in 2008, Robinson’s team stabilized a new form, or allotrope, of silicon and developed a technique to stabilize molecules that otherwise would be fleeting.

“Dr. Robinson has built an international reputation as a leading chemist whose creativity in the synthesis of new compounds challenges conventional thinking,” said Alan T. Dorsey, dean of the UGA Franklin College of Arts and Sciences. “This latest recognition from the American Chemical Society underscores the high esteem with which his work is held.”

In May, Robinson received a 2012 Humboldt Research Award from Germany’s Alexander von Humboldt Foundation. Robinson’s other major awards include the National Science Foundation’s Award for Special Creativity and the American Chemical Society’s Charles H. Herty Medal for outstanding contributions and service to chemistry. In 2010, he earned the Lamar Dodd Creative Research Award, the highest physical science research award at UGA.

His latest award is supported by the F. Albert Cotton Endowment Fund and named in honor of the late Texas A&M University professor who was first to demonstrate the existence of a metal-metal quadruple bond. The award was first given in 2004, and past awardees include recipients of the Nobel Prize and the Wolf Prize in Chemistry.

“Speaking for the chemistry faculty, we are thrilled to see Greg’s research recognized with this significant national award,” said Jonathan Amster, professor and head of the Franklin College’s chemistry department.

Robinson earned his bachelor’s degree in chemistry from Jacksonville State University and his doctorate from the University of Alabama. Before joining the UGA faculty in 1995, he was a professor of chemistry at Clemson University in South Carolina.