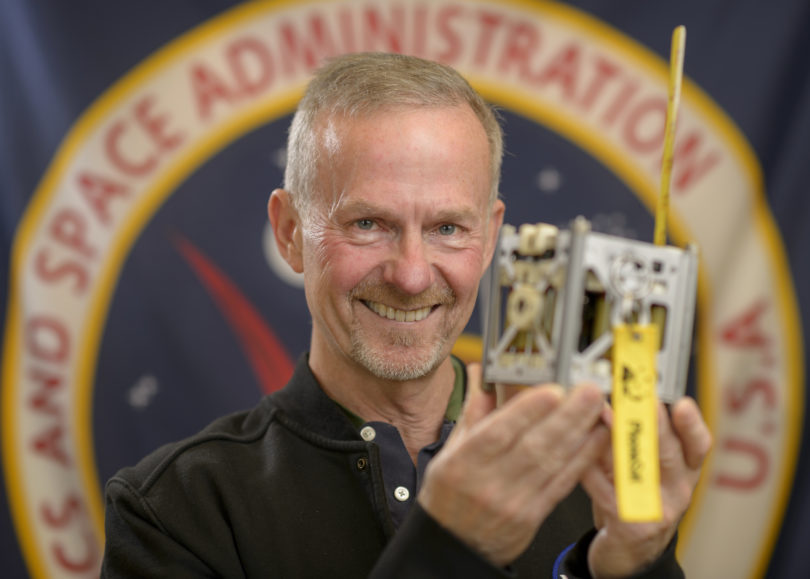 NASA administrator and UGA alumnus looks to ‘the next horizon’

As people around the world prepare to commemorate the 50th anniversary of Apollo 11 and the extraordinary technological achievements that made human space exploration possible, one burning question still remains: What is next?

NASA project manager and UGA alumnus Roger Hunter discusses the legacy of the Apollo missions and how the same pioneering spirit that compelled humans to walk on the lunar surface will ultimately drive the next great chapter in human discovery.

We’re now 50 years out from the moon landing. As you reflect back on that achievement, what strikes you as the most enduring impacts of the Apollo program?

“In my life, I know of two events where time stood still for the human race: Apollo 8 and Apollo 11. I remember how the world seemingly paused from its routine to revel in its imagination; to celebrate, what was once deemed impossible. The ‘Earth-rise’ photo, taken by the Apollo 8 astronauts is reputed to be the most reproduced photograph in human history. My first glimpse of that photo was on a black and white television in my parents’ living room. I was awe-struck even though the image was not in full color. We felt reconnected to the one only planet, so far, of all the ones that we know exists, that harbors life in such abundance and diversity. To date, venturing to the Moon was our greatest adventure; it reminded us of how far we have come, and how far we have yet to go.”

Why do you think it’s important for us to continue to explore space?

“We are, by nature, explorers. We are descended from those who dared to leave the caves, and to see what was beyond the horizon. Our cave-dwelling ancestors painted, among other things from their world, the heavens on their cave walls.  Thousands of years later, our curiosity led us to better understand our world and those points of light in the night sky beyond that graced those crude drawings. Exploring brings out the best in us; it also represents, in my mind, a willingness to leave something behind for our descendants. I recall reading an article by a former NASA administrator who was also answering a similar question. He spoke of ‘deferred gratification’ as a compelling notion that drives exploration. There may not be an instant realization of ‘return on investment’ but the investment, intuitively, answers a call from our nature—to leave behind something better and to advance our civilization.”

What do you think the future holds for space exploration?

“We’ve come far since 1957, the year many say is when the space age began. Launching satellites is now a routine activity. Once the province of just the two cold-war superpowers, many companies around the world are exploiting space. There are private companies now thinking of extending their operations to the moon, to asteroids, to the planets.

“The future of space exploration is set on the next horizon; to better understanding our solar system; to understanding the many mysteries of the Cosmos that are yet unexplained; to understanding the prevalence of life in our solar system and beyond. The Kepler mission affirmed what many believed: that there are billions and billions of planets in the Milky Way Galaxy. Many of those billions of planets are Earth-size planets and they orbit in the so-called habitable zone of their host stars—where water might pool on the surface of the planet. Some explorations are going to be aimed, with newer breeds of telescopes, at determining the extent of life on those newly discovered worlds.

“The ‘cave wall paintings’ we leave behind for our descendants will be more sophisticated than what our ancestors left us. Yet, we still are faced, despite all of the explorations that we have accomplished, with more unanswered questions than we have answers. So far, we know of only one life-bearing planet, Earth. We still want to know more about how the Universe works. We want to know more about how we got here. We want to know if we are alone. We explore because the next horizon still beckons; the next artists are yet to frame their paintings.”

Prior to joining NASA, Roger was with the Boeing Company as Site Manager in Colorado Springs, Colorado. In that position, he directed the efforts of over 250 Boeing engineers and technicians in sustaining the Global Positioning System (GPS) satellite constellation and the Air Force’s GPS command and control system.

Before joining Boeing, Roger served in the US Air Force, and retired after 22 years of service. Colonel Hunter’s assignments included Commander, 2nd Space Operations Squadron, Deputy Operations Group Commander for the 50th Space Wing, and Program Manager for the XSS-10 microsatellite technology demonstration for Air Force Research Laboratory. He also had assignments with HQ US Air Force Space Command, and HQ US Air Force at the Pentagon.