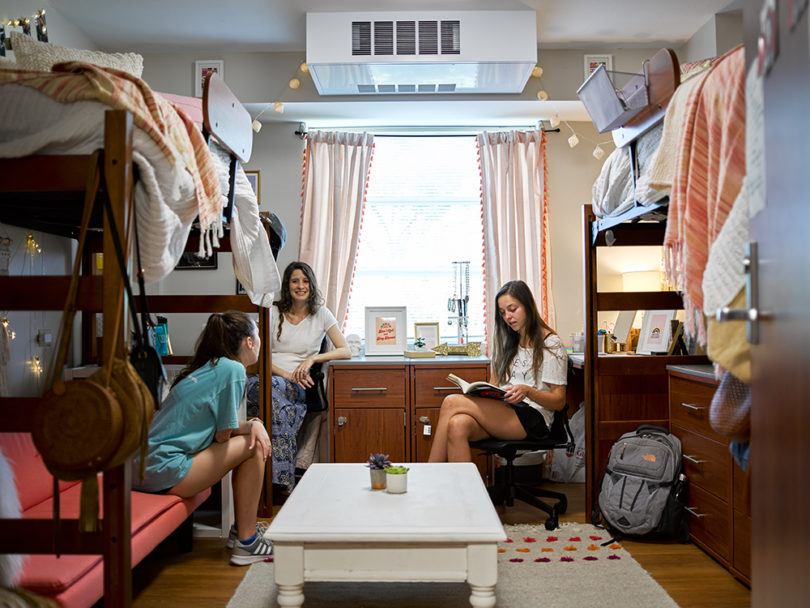 Two years ago, the University of Georgia’s Russell Hall had “good bones,” but the mechanical, electrical and plumbing systems were nearing the end of their life cycle. Student rooms and lounges no longer fit the needs of residents nor did they encourage social interaction.

Nearly a year has passed since University Housing rededicated the first-year high-rise following a 15-month renovation, and the response to the improved residence hall has been overwhelmingly positive.

Following the renovation, Russell Hall became the most popular building for incoming first-year students. In fact, the building was in such high demand that, during the process for first-year students to select housing in fall 2018, students claimed 100% of the building’s 1,000 spaces on the first day of signups—even before people had the opportunity to see the building in person. The bathrooms feature upgraded fixtures and full doors on individual stalls and showers, increasing the level of privacy while also affording students the opportunity to get to know others in their community.

“The renovation is lovely,” said Russell resident Rachel Black. “I really like all the study rooms and space for just hanging out with my friends—it makes it feel like the whole building is my living room.” 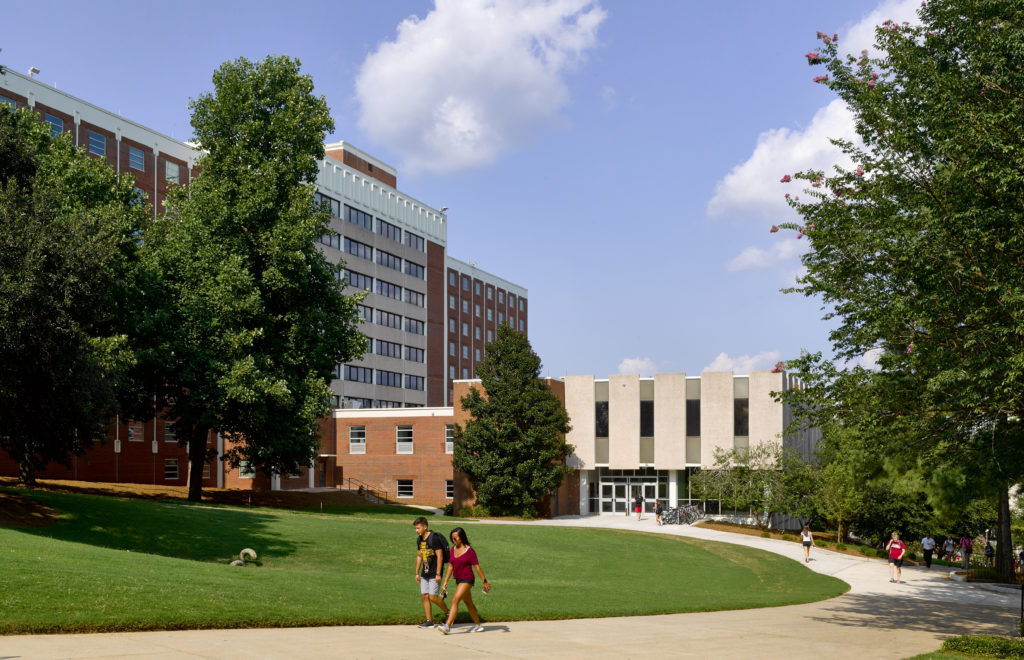 Russell Hall went through a 15-month renovation and reopened in August 2018.

The Russell Hall renovation received multiple awards, including a statewide award from the Georgia Trust for Historic Preservation for Excellence in Sustainable Preservation; “Two Peaches” from the Georgia Peach Green Building Certification, which recognizes building systems efficiency gains as well as the inclusion of at least 10% Georgia-based materials; the Construction Management Association of America Project Achievement Award in the category of Public Building Renovation; and the Athens-Clarke County Heritage Foundation 2019 Award for Outstanding Rehabilitation.

Brumby Hall next in line

Following the successful renovation of Russell Hall for the 2018-2019 academic year, Brumby Hall is now undergoing renovation and will reopen for fall semester 2020. Originally constructed as an all-female building in 1966, Brumby Hall will house approximately 940 first-year students when it reopens.

While the Brumby renovation is ongoing, University Housing is offering first-year students the opportunity to live in its East Campus Village and University Village apartment communities.

Plans for Brumby Hall incorporate many of the same design details of Russell Hall, such as fixtures and public space furnishings. Similar to the Russell Hall renovation, this project also includes reconfiguring all living, bathroom and programmatic spaces, as well as incorporating several design components requested by students—such as increased privacy in community bathrooms and in-room temperature control. Additionally, freestanding furniture will replace built-in furniture to allow residents more flexibility in personalizing their spaces.

Throughout the renovation process, housing staff and project coordinators are consulting student representatives to gain insight on how students envision renovating common use spaces to enhance the academic environment and create opportunities for students to interact. 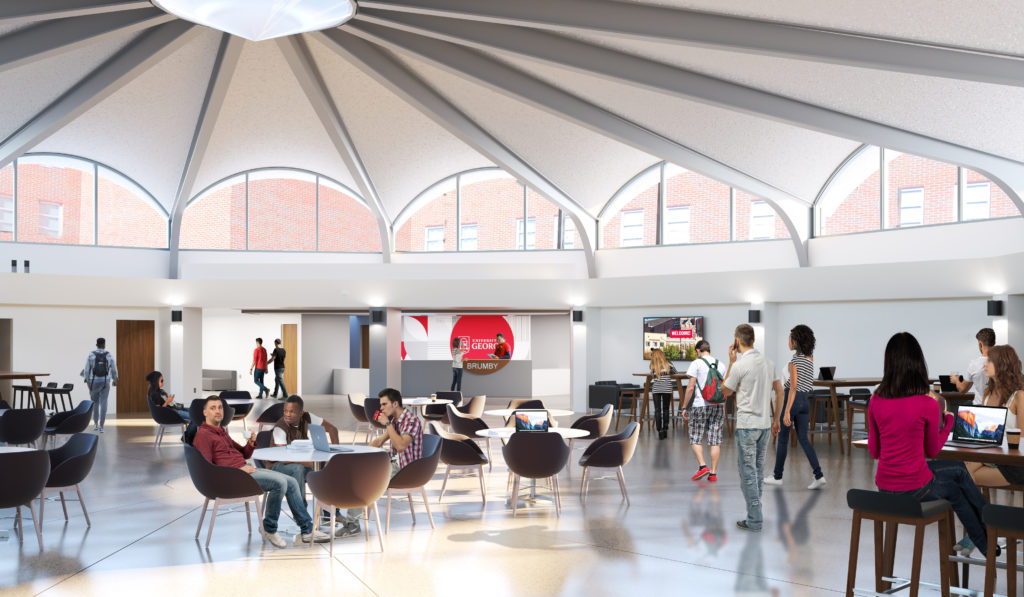 A rendering of Brumby’s rotunda.

Designers hope the building’s interior will look and feel brand new while still preserving some of the midcentury aesthetic that makes it unique, such as Brumby’s iconic rotunda. That space will get a makeover to impart a sense of arrival for the residents who will call Brumby home.

With additional study space and increased accessibility, Brumby will be more inclusive and geared toward supporting the academic success of residents.

The renovation will also include a complete update of mechanical, electrical and plumbing systems, as well as building exterior maintenance and repair.

The Brumby renovation is funded entirely by University Housing, an auxiliary enterprise operating through revenue generated rather than through dollars received by the state.

The transformation of this midcentury high-rise into a modern facility helps tell a larger story about how University Housing aims to foster a supportive and comfortable environment for students while being responsible stewards of the university’s resources.