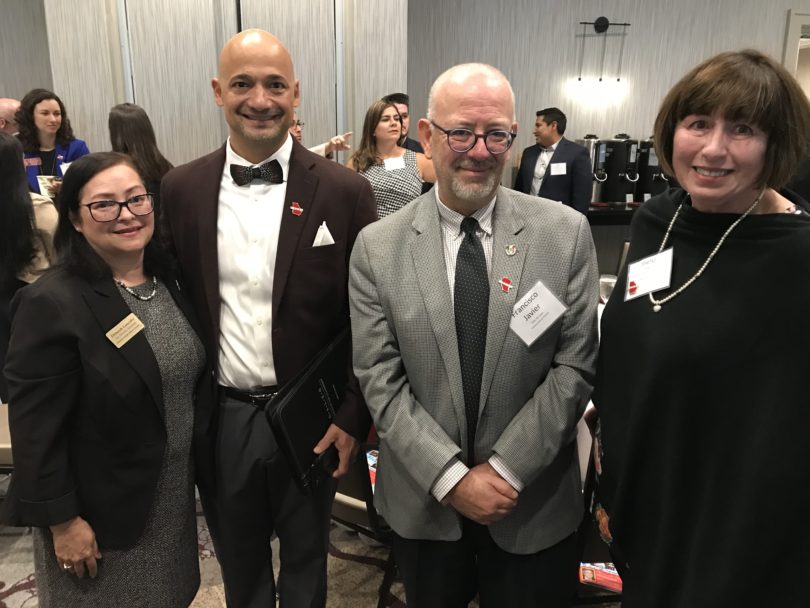 A statewide initiative is underway to document the contributions the Latino and Hispanic communities have made to the landscape of modern Georgia politics.

The project is being spearheaded by the Richard B. Russell Library for Political Research and Studies at the University of Georgia Libraries and the Georgia Association of Latino Elected Officials and GALEO Latino Community Development Fund.

To ensure the most comprehensive documentation and accessibility of the political history of all of Georgia’s citizens, the Russell Library and GALEO will work to identify and document people and organizations representing the interests of the Latino and Hispanic communities. This effort will preserve traditional records and manuscripts and capture oral histories with elected officials, activists and business leaders. 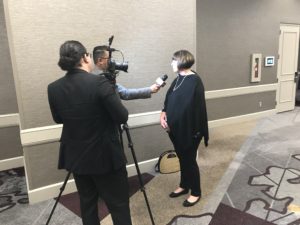 Russell Library Director Sheryl Vogt being interviewed by a reporter from Mundo Hispanico.

“This partnership marks a milestone in meeting the library’s commitment to collect materials that comprehensively document the full spectrum of political life and public policy in Georgia,” said Sheryl Vogt, director of the Russell Library. “Our project also helps fulfill the university’s mission to serve all the people of this state. Historical materials and memories from the Latino and Hispanic communities will be invaluable testimony to the achievements of these Georgians.”

Jerry Gonzalez, executive director of GALEO and the LCDF, said, “Inclusion of the Latinx community and our work at GALEO into the archive demonstrates the growing influence and power of the Latinx electorate and our community in the future of our state. GALEO is proud to partner to ensure we archive our history for future generations of Georgians to learn about our community’s growth and influence for generations to come.”

— Rep. Pedro Marin, community organizer and leader, has served House District 96 in the Georgia General Assembly for the past 17 years. He has more than 35 years of executive experience in both the private and nonprofit sectors plus 17 years as the first Hispanic in the Georgia House.

Along with DeKalb County Judge Tony del Campo, Zamarripa and Marin developed and founded GALEO in November 2003. A nonpartisan nonprofit, GALEO’s mission is to increase civic engagement and leadership development of the Latino and Hispanic communities across Georgia. GALEO LCDF was established subsequently as a charitable nonprofit and nonpartisan organization to promote engagement of the Latino and immigrant communities on issues that matter to them.

— Brenda Lopez made history in 2016 when she became the first Latina elected to the Georgia General Assembly, representing House District 99 in Gwinnett County. She served as vice chair of DPG Latinx Caucus. An attorney, Lopez has over 15 years of law and policy experience related to immigration and nationality law.

— Deborah Gonzalez became the second Latina in the Georgia General Assembly through a special election for House District 117 in November 2017. She is currently a candidate for district attorney in the Western Judicial Circuit, consisting of Athens-Clarke and Oconee Counties.

— In 2015, Leonard Gomez was elected by the Grantville City Council to serve as mayor pro tem, making him the first Latino to serve in that capacity in Georgia. Previously, Leonard served two years on Grantville’s City Council representing Post 4 in Coweta County.

— Jason Esteves, an attorney and former educator, serves as assistant general counsel at Equifax Inc., where he manages litigation matters for the company. Esteves currently serves as board chair and an at-large representative on the Atlanta Public Schools Board of Education.

— Adela Yelton, elected in 2015 to the Avondale Estates Board of Mayor and Commissioners, served for four years. Yelton has a corporate career of 15 years in tax and human resources and was one of the original eight founding members of The Museum School of Avondale Estates.