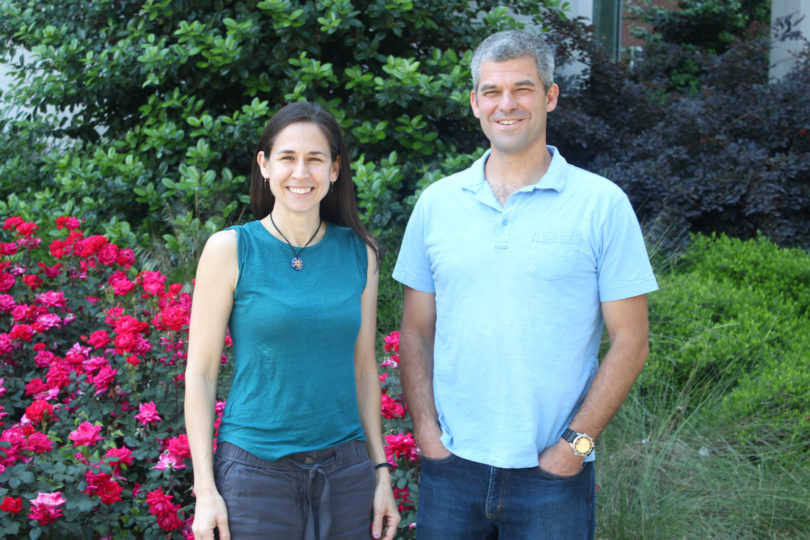 Vibrio can cause serious illness in humans, other marine organisms

Athens, Ga. – Iron, a critical element for living organisms, can be hard to hard to come by in open marine waters-except each summer, when atmospherically transported dust from north Africa’s Sahara Desert provides pulses of biologically important nutrients, including iron, to the tropical marine waters of the Caribbean and southeastern U.S.

In a study published today in the Proceedings of the National Academy of Sciences, researchers from the University of Georgia found that Vibrio bacteria respond rapidly to this influx of iron-rich Saharan dust, leading to large blooms of the potentially harmful bacteria in ocean surface water.

Vibrio bacteria, common to ocean waters worldwide, are probably best known for their ability to cause serious illness in humans and other marine organisms. These bacteria are also characterized by their ability to reproduce rapidly and respond to newly available resources.

“Part of what makes these normal marine bacteria also potentially pathogenic is their ability to grow quickly when conditions are favorable, whether in a host or in the environment,” said study co-author Erin Lipp, a professor of environmental health science in the UGA College of Public Health.

“While we are interested in how the population dynamics of Vibrio might cause disease, for this study we wanted to use Vibrio’s opportunistic behavior as a model for how bacteria could exploit the availability of new nutrients and, in particular, iron delivered in dust.”

In the laboratory, the researchers were able to show that iron in dust could cause test cultures of Vibrio to grow. To confirm these findings, the team traveled to sites in the Florida Keys and Barbados to measure the Vibrio growth during natural Saharan dust events. Not only did they observe that dissolved iron increases in ocean surface water as the dust arrived, but Vibrio grew from a background level of just 1 percent to almost 20 percent of the total microbial community within 24 hours of exposure.

Saharan dust events serve as a major source of iron for the world’s oceans. Iron is so important to biological production that seeding ocean regions with iron has been investigated as a way to stimulate the growth of phytoplankton, tiny plant-like organisms that form the base of the ocean’s food web and play an important role in the Earth’s climate. Phytoplankton can act as sponges for carbon dioxide and potentially mitigate climate change by preventing the heat-trapping gas from re-entering the atmosphere.

However, this concept is anchored on the premise that phytoplankton are the first responders to an influx of nutrients.

Vibrio’s ability to rapidly respond to these nutrient plumes at a potentially faster rate than microalgae short circuits this theory, revealing that Vibrio could be important intermediaries in the biogeochemical cycling of iron, critical to many planetary processes.

“Previous studies have primarily focused on the biological response of phytoplankton and algae to Saharan dust disposition, so the role that bacteria play has largely been overlooked,” said the study’s lead author Jason Westrich, a postdoctoral research associate in the College of Public Health.

Although Westrich and Lipp did not examine health impacts in this study, they did speculate how dust-related Vibrio blooms could affect exposure in humans.

Vibrio cases are increasing at a higher rate than many other bacterial pathogens in the U.S., which could be due in part to Vibrio bacteria populations in coastal waters expanding with rising sea surface temperatures, Lipp said. Adding to this, increased desertification in the Sahara could lead to more dust events and, therefore, more potentially harmful Vibrio blooms.

“Knowing the connection between Saharan dust and Vibrio population blooms is significant from the perspective that we are able to track these dust events using satellites in real time,” Westrich said. “This allows some predictive power to understand when there is an increased risk for Vibrio infection in humans and other marine organisms.”

The study, “Saharan dust nutrients promote Vibrio bloom formation in marine surface waters,” will be available online at www.pnas.org/cgi/doi/10.1073/pnas.1518080113 the week of May 9.

The research, initiated through a National Oceanic and Atmospheric Administration Oceans and Health Initiative training grant, is currently supported with funding from the National Science Foundation Biological Oceanography Program.

Additional co-authors of the study include Alina Ebling and William Landing from the Department of Earth, Ocean and Atmospheric Science at Florida State University; Jessica Joyner and Keri Kemp from the UGA Odum School of Ecology; and Dale Griffin from the U.S. Geological Survey.