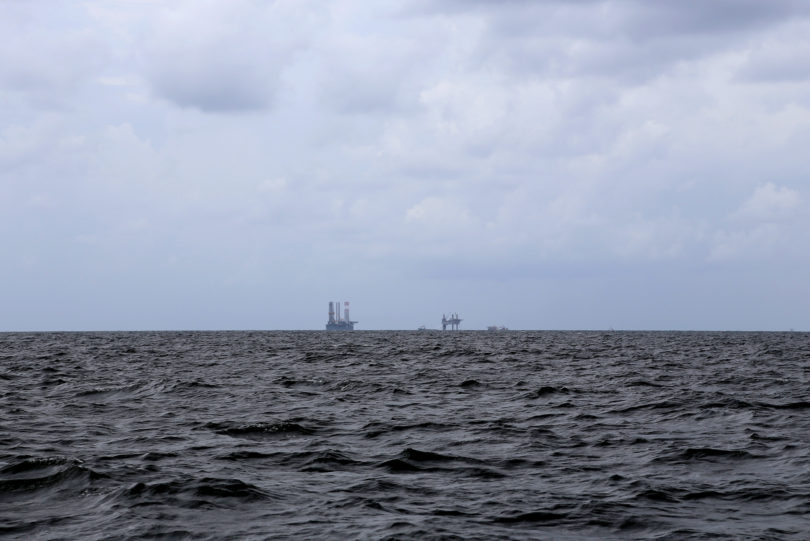 Athens, Ga. – University of Georgia marine scientist Samantha Joye organized the first research effort immediately following the Hercules natural gas well blowout in the Gulf of Mexico. The rapid response research cruise was on site four days after the incident began on July 22, when workers lost control of the well and the blowout preventer failed.

“The data obtained on this cruise will provide the first glimpse of the impacts of the gas well blowout on the concentrations of hydrocarbons, including methane, in the water column and on water column microbial activity,” Joye said.

The Hercules rig exploded into fire July 23 after all 44 workers on the rig had been evacuated. On Thursday, the fire extinguished after the flow of methane was stopped when the well was plugged by sand and sediment in a natural process called “bridging over.”

Colleagues from several Gulf of Mexico Research Initiative-funded consortia arrived at the site of the incident July 27 aboard the R/V Acadiana, a Louisiana State Universities Marine Consortium vessel. The research party includes scientists from the Ecosystem Impacts of Oil and Gas Inputs into the Gulf, Gulf Integrated Spill Response Consortium, Consortium for Advanced Research on Transport of Hydrocarbon in the Environment and the Coastal Waters Consortium. The team concluded its work at the site July 30.

The team collected sediment and water samples over depth up current of the severely damaged rig, representing un-impacted background water chemistry, biological communities and biological activity. The data will be compared to that of the down-current, impacted area.

Joye was similarly involved with the scientific response to the 2010 BP Macondo well Deepwater Horizon blowout.

The difference between the two incidences is that the Macondo well predominantly released oil at 5,000 feet below the surface for 87 days, and dispersants were applied. The Hercules blowout of predominantly gas was in 154 feet of water.

“Being a part of GoMRI (the Gulf of Mexico Research Initiative) made this collaborative venture possible,” Joye said. “Knowing the expertise of other GoMRI consortia and knowing the proper people to contact made it extremely easy for me to organize this rapid response cruise. Having planned a cruise with only four days notice during Deepwater Horizon, the GoMRI network made it much, much easier, and we were able to assemble a scientific ‘dream team’ in short order.”