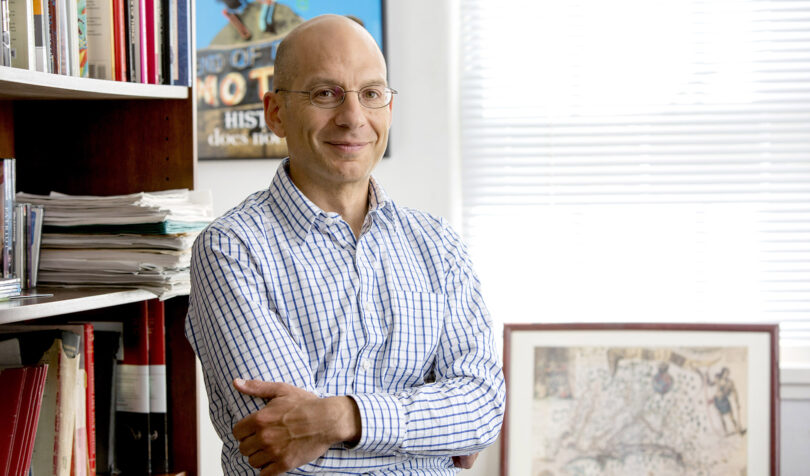 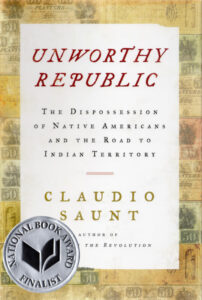 Claudio Saunt’s book, Unworthy Republic: The Dispossession of Native Americans and the Road to Indian Territory, has been named as a finalist for the National Book Award for Nonfiction.

“It’s a great honor,” said Saunt, Richard B. Russell Professor in American History, Distinguished Research Professor and associate director of UGA’s Institute of Native American Studies. “The category is nonfiction, not just history, and it is really gratifying to see Unworthy Republic next to biographies, journalistic investigations and first-person essays.”

In May 1830, the United States formally launched a policy to expel Native Americans from the East to territories west of the Mississippi River. Unworthy Republic reveals how expulsion became national policy and describes the chaotic and deadly results of the operation to deport 80,000 men, women and children.

This year, publishers submitted a total of 609 books for consideration in the nonfiction category.

“The humanities at UGA are world class, as Dr. Saunt’s nomination shows, and his nomination is a career-defining moment, of which we are all proud,” said Nicholas Allen, director of the Willson Center for Humanities and Arts and a professor in humanities. “It follows awards to our faculty from the Guggenheim Foundation, the Mellon Foundation, the American Council for Learned Societies, the National Endowment for the Humanities and the support of so many generous alumni and friends.”

A panel of judges selects a longlist of 10 titles per category, which is then narrowed to five finalists, and a winner is announced at the awards ceremony in the fall. Each finalist receives a prize of $1,000, a medal and a judge’s citation. Winners receive $10,000 and a bronze sculpture.

Other finalists in the nonfiction category include Karla Cornejo Villavicencio, The Undocumented Americans; Les Payne and Tamara Payne, The Dead Are Arising: The Life of Malcolm X; Jenn Shapland, My Autobiography of Carson McCullers; and Jerald Walker, How to Make a Slave and Other Essays.

The winners in each category will be announced Nov. 18.