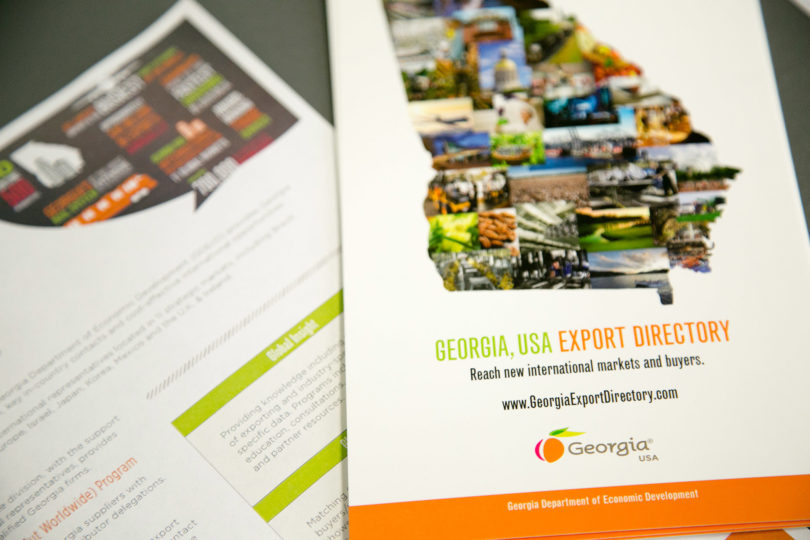 Athens, Ga. – Thanks to the University of Georgia, small companies like Commercial Fluid Power in Rome are expanding their markets outside of the U.S.

The company, which manufactures steel tubing and chrome plated bars for mining and construction equipment, began shipping its wares to Chile in 2009 after its managers took a course called ExportGA, offered through UGA’s Small Business Development Center.

Commercial Fluid Power saw a 10 percent bump in sales following expansion into that market. Now the company is looking at Colombia as its next destination for exports.

“In 2009, we were looking for new markets and people to sell to and expand,” said Gary Majestic, the company’s general manager. ExportGA “allowed us to put a focus on (selling internationally) and pursue it intentionally.”

The SBDC partners with the UGA Terry College of Business to offer companies traditional workshops, as well as help from international business students. Students attend the workshops and do a lot of the footwork necessary to allow the companies to sell to other countries.

“What’s nice is both the student and company are getting classroom instruction from professionals in the various subject areas,” said Rick Martin, director of the SBDC’s International Trade Division and manager of the ExportGA program. “They’re then using that information for a project that has an impact on a company.”

Students are encouraged to draw on knowledge acquired from their academic and internship experiences to create an international action plan, which their companies can follow.

The program began as a traditional SBDC workshop series, but Martin and his colleagues realized companies were too busy with their day-to-day operations to act on what they learned. The partnership with Terry College has provided the resources to handle the additional work necessary to implement an export plan.

ExportGA has grown into a “flagship” program for international business students, said Jay Mathias, a program specialist with the Terry College. At least three interns have been hired by the company that they worked with during the program.

“If they graduate from Terry with an international business degree, this is something they can point to as real-world, realistic experience when they’re entering the job market,” Mathias said. “They helped a company sell a product internationally.”

“It’s a great use of UGA’s resources,” Majestic said. “The interns, it gives them a real good look inside how private businesses operate. It’s good for both sides.”

As an intern with Nyloboard in 2014, Alvaro Bonaguro identified and prioritized target markets for the Covington-based company’s wares, composite building products made from recycled carpet fibers. Though that business has since closed, the process gave Bonaguro a leg up when he started looking for a job, he said. The 2015 UGA graduate is now working for Caterpillar’s financial subsidiary in Nashville, Tennessee.

“When they interviewed me, they were very interested in this internship I was in,” Bonaguro said. “They loved that I was able to get my feet wet on some international trade. I remember one of the questions was how I put these tables together in Excel. They definitely appreciate that.”

Learn more about how the SBDC can help your small company get into the export business at www.georgiasbdc.org/international-trade.