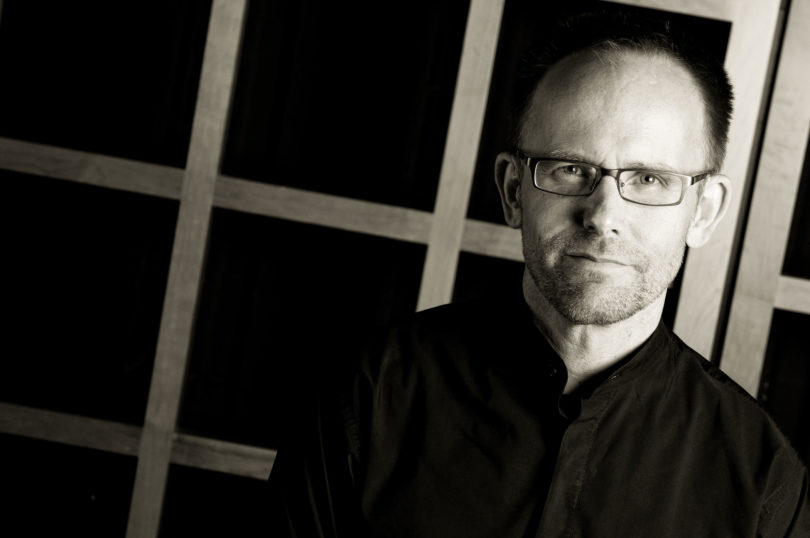 The Hugh Hodgson School of Music will host composer and conductor Craig Hella Johnson as student vocalists and instrumentalists, including the University of Georgia Hodgson Singers and Glee Clubs, become the third ensemble ever to perform the Grammy-nominated “Considering Matthew Shepard” March 17 at 8 p.m.

The Hodgson School’s connection to the work began with J.D. Burnett, assistant director of choral activities, who was called in to sub for another singer in Johnson’s professional choir Conspirare. The performance would be the premiere of “Considering Matthew Shepard.”

“I was so taken with the piece, which we presented in Austin and Los Angeles and then recorded for [independent record label] Harmonia Mundi, that I broached the subject of a possible performance at UGA,” said Burnett.

Burnett’s enthusiasm quickly convinced Dan Bara, director of choral activities at the School of Music, and Johnson, too, came on board with the idea of bringing the work and its composer to the Classic City.

The passion/oratorio-like work, written in 2016, chronicles the story of Matthew Shepard, a University of Wyoming student who, in 1998, died after being attacked, tortured, tied to a fence and left for dead.

“Matt Shepard and his story have led me on an inspiring, challenging and deeply meaningful journey that I continue to this day,” Johnson wrote of the work. “In composing ‘Considering Matthew Shepard,’ I wanted to create, within a musical framework, a space for reflection, consideration and unity around his life and legacy.”

Tickets to the concert are $20 each or $6 with a UGA student ID and can be purchased at pac.uga.edu or the PAC box office.