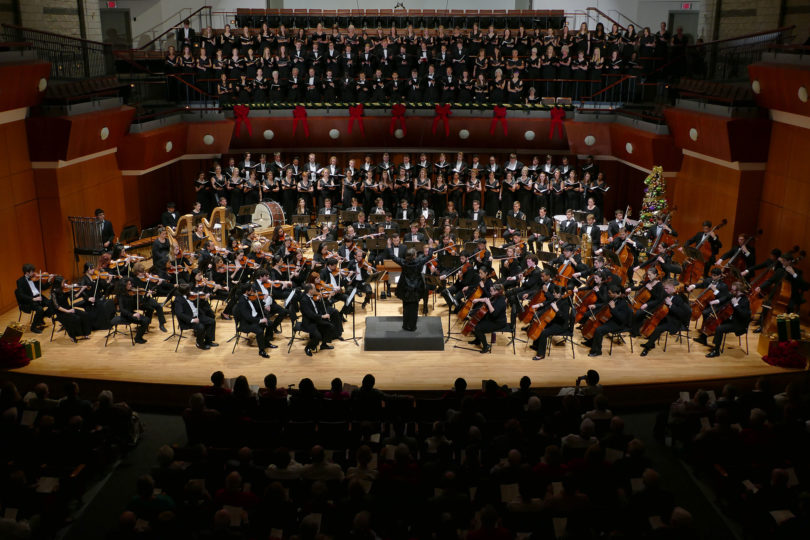 The spirit of the holidays will rise to the rafters of Hodgson Concert Hall when musicians at the Hugh Hodgson School of Music, including the UGA Symphony Orchestra, Combined Choirs, British Brass Band and more, take to the stage for the annual UGA Holiday Concerts Dec. 1 and 2 at 7:30 p.m.

The concerts, part of the Hodgson School’s flagship Thursday Scholarship Series, open with the UGA Combined Choirs and UGASO performing holiday standards as well as works from Leroy Anderson, Gerald Finzi and Ralph Vaughan Williams. These performances will be among the largest the music school stages throughout the year.

The festivities will close with Randall Alan Bass’ “Gloria,” bringing the orchestra and choirs back on stage for a rousing finale to the concert.

The Holiday Concerts will conclude the Thursday Scholarship Series for 2016. The series will return Jan. 12 with a solo performance from Evgeny Rivkin, professor of piano.

Tickets are $25 each and are available at pac.uga.edu and the Performing Arts Center box office. Those unable to attend can view the Dec. 2 performance live on the School of Music’s website at music.uga.edu/streaming.