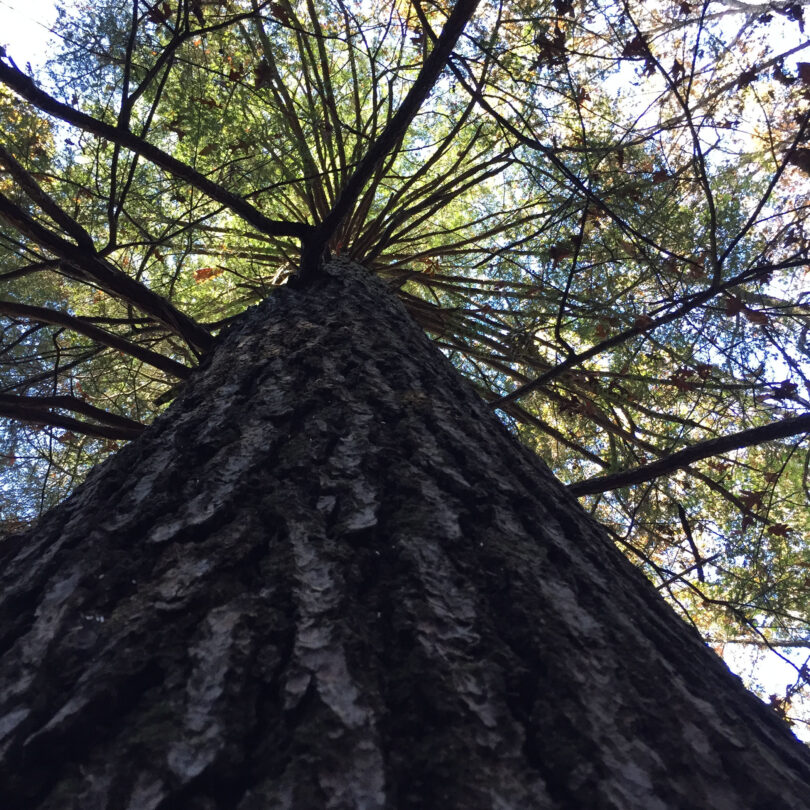 Sometimes things are fine—until they’re not. A boat capsizes. A bridge collapses. The stock market takes an extreme turn.

These are examples of “catastrophe theory,” a tool in mathematics that can be used to describe a set of variables that combine, at a specific point, to completely change a system. It’s a framework that can be applied to a variety of scenarios, and now a University of Georgia scientist wants to use it to better understand how plants use water and respond to drought.

In a new invited review featured in the journal Plant, Cell & Environment, Dan Johnson, an associate professor at the UGA Warnell School of Forestry and Natural Resources, makes the case that instead of thinking about plant responses to water stress as a long, slow decline in plant health, researchers should instead be applying catastrophe theory to dig deeper into the forces at play. 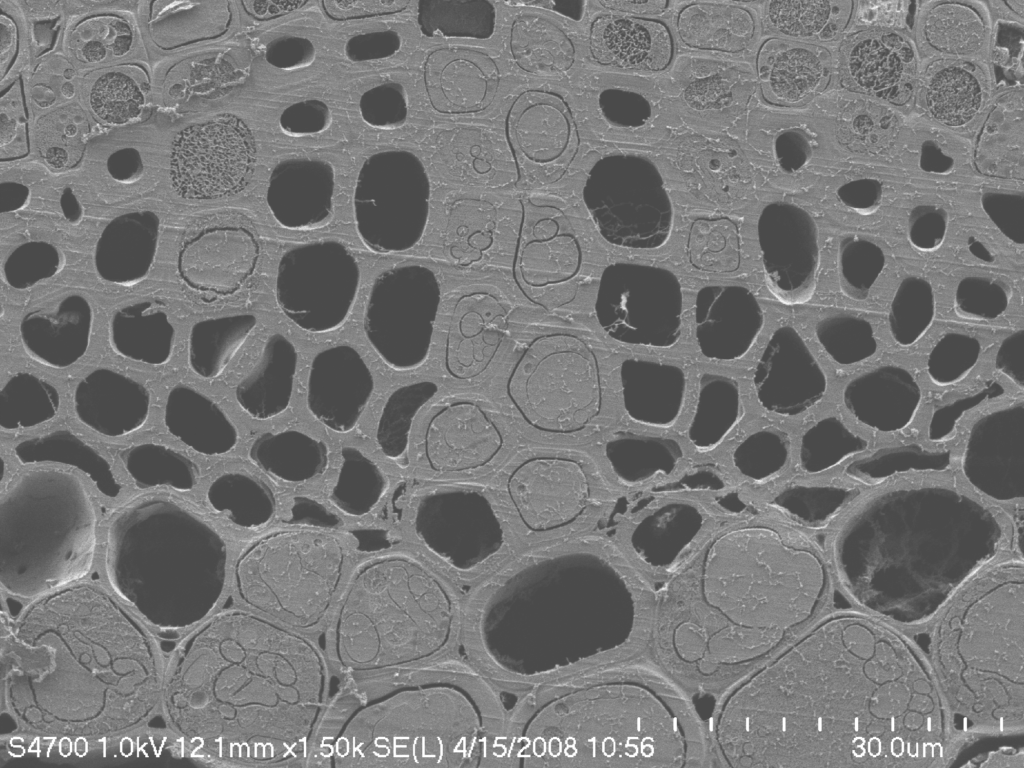 Magnified cross section of a droughted Douglas fir needle vein. The black dots are conduits that have collapsed (embolized) due to the stress of the drought, while the gray/white ones are still functional and contain water.

“I wanted to take it in a quantitative direction and provide something new—a new framework for plant hydraulics,” said Johnson. “We should be shifting how we view this field, which goes back to the time of (Leonardo) da Vinci.”

These days, when scientists study water movement in plants, it’s mostly focused on structure and function. Underneath trees’ bark is the xylem, commonly known as wood, which is a system of tubes that move water from roots to branches. Research often focuses on how the xylem works or how drought affects its function.

But instead of focusing on structural failures, said Johnson, what if researchers investigated the point that caused the plant’s death? “So, I thought, we need to figure out tipping points—points of stress where we know a plant is going to die,” he added. “Same thing for an ecosystem—what is the point at which a forest becomes a grassland?”

Johnson teamed up with two colleagues at Duke University, Gabriel Katul and Jean-Christophe Domec, to develop a way to use mathematical theory to analyze tipping points in plants. Katul is the Theodore S. Coile Distinguished Professor of Hydrology and Micrometeorology and Domec is a visiting professor at Duke’s Nicholas School of the Environment and a professor of sustainable forestry at Bordeaux Sciences Agro in France.

Together, they created a framework that would allow them to track changes in a system—whether it’s a tree or an entire ecosystem—and see the effects they wrought on the larger organism. For example, how do variables such as respiration or growth change when the temperature changes?

Through years of anecdotal experiences, Johnson had an idea that these tipping points existed. But the mathematical framework provided the proof that what he was seeing through years of research wasn’t just a series of coincidences.

The paper is featured on the journal’s website and will appear in print later this year. Johnson said he hopes it becomes a jumping-off point for new work in the field of plant hydraulics.

The team met via Zoom meetings for months to work out the details.

“It was a ton of work, but it was also some of the most fun I’ve had writing a paper because we were learning from each other,” said Johnson. “We started with air bubbles in xylem—this nanometer-size scale—and asked, ‘What controls how an air bubble expands and blocks the vascular network?’” And then we scaled it all the way up to whole-tree and ecosystem levels, and then all the different scales in between. It was an epic amount of work.”