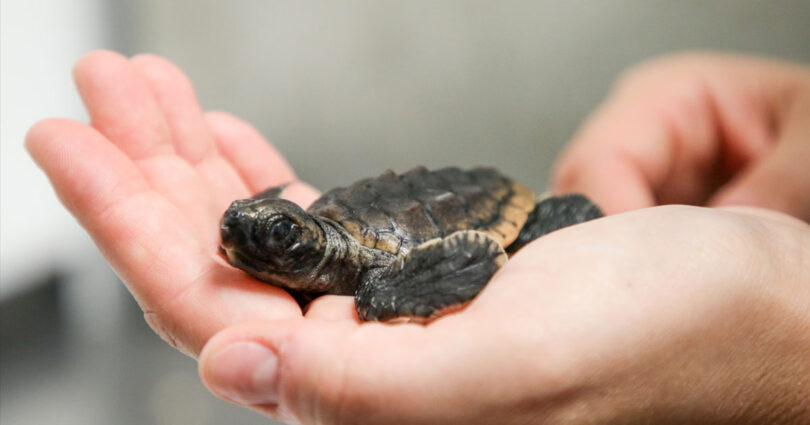 It took three years for Neptune to reach the ocean from her nest, but her goodbye was short and sweet.

Transported by boat to Wassaw Island, the loggerhead sea turtle was carried to the beach on Wassaw Sound by her caretakers from UGA Marine Extension and Georgia Sea Grant. She crawled a short distance to the water before disappearing into the surf.

“You’ve watched them grow from where they fit in the palm of your hand … to where you can barely carry them out of the aquarium,” said Lisa Kovalanchik, a curator at the UGA Aquarium on Skidaway Island, who helped with Neptune’s release.

Neptune hatched on Ossabaw Island in August 2018. She was discovered as a straggler in the nest by the Georgia Department of Natural Resources, which coordinates sea turtle monitoring on all of Georgia’s barrier islands.

The UGA Aquarium is permitted by GA DNR to house up to two sea turtles at a time. For two to three years, the stragglers live at the aquarium, growing stronger and bigger, learning to forage for food by hunting and eating the blue crabs and mussels the aquarium staff put in their tanks.

During Neptune’s time at the aquarium, she was featured in on-site and virtual programming that focused on animal enrichment and the impacts of marine debris on wildlife. She also helped advance research on sea turtles by serving as the subject of a project by scientists at Georgia Southern University that focused on identifying ways to improve environmental enrichment methods for loggerheads in captivity.

“Each experience with a loggerhead is unique,” said Devin Dumont, also a curator at the UGA Aquarium, part of UGA Marine Extension and Georgia Sea Grant. “They all have their own backstory or behavioral characteristics that we get to share with visitors, which creates a connection, and, hopefully, makes people more likely to care about these animals and do their part to help protect them.”

Usually you can’t tell the gender of a hatchling at first. 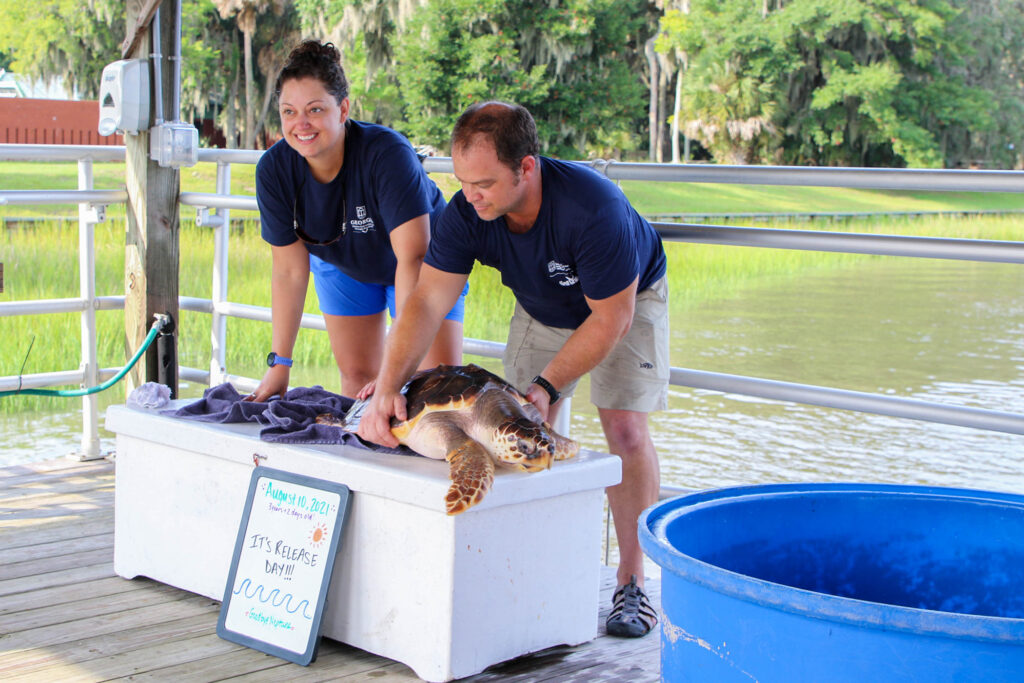 Neptune being prepared for release by Marine Extension. (Submitted photo)

“We also know that Neptune’s mother has nested before on Ossabaw Island and Blackbeard Island thanks to DNA samples taken by DNR,” said Dumont, who has worked at the UGA Aquarium for 13 years. During that time, he’s cared for and released six loggerhead turtles who have served as ambassador education animals, reaching thousands of people during their time at the facility.

On the day of Neptune’s release, Joe Pfaller, research director for the Caretta Research Project, attached number coded tags and a passive integrated transmitter to the turtle.

“By giving Neptune individualized tags we will be able to identify her if she is encountered later in life, maybe even at a nesting beach,” Pfaller said. “Because we know when and where the tags were applied, if she is ever seen again, we will know the number of years she has survived and what areas she has occupied.” 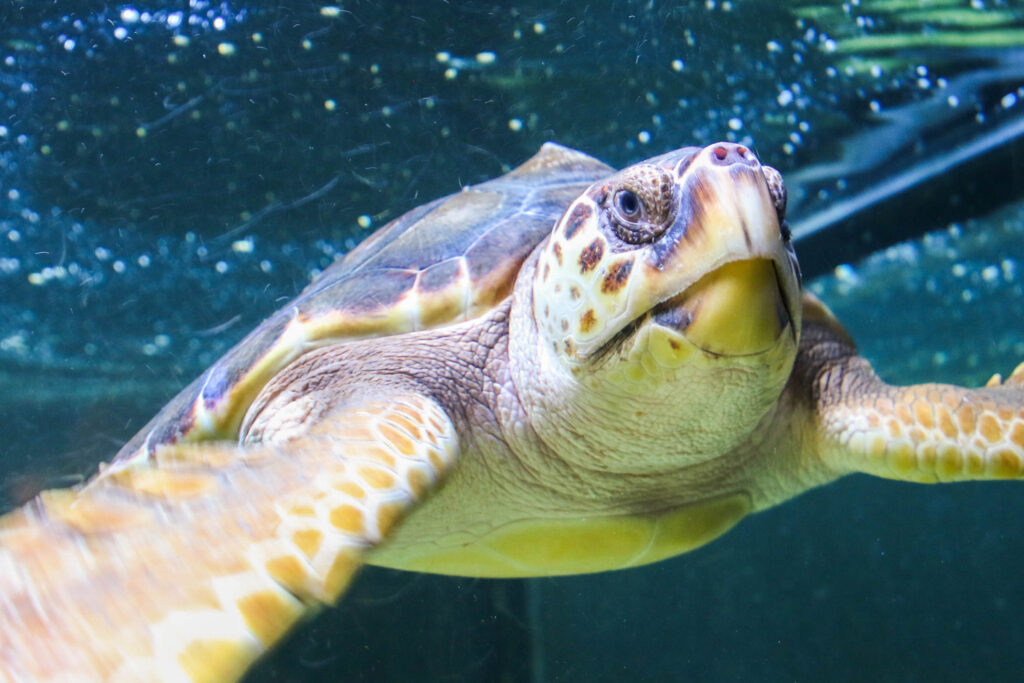 All sea turtle tag deployments are cataloged in a central database managed by the University of Florida, Pfaller said. All tags also have an address on the back, which means that if Neptune is seen again there will be a coordinated effort to inform groups like the Caretta Research Project of her sighting, helping researchers and resource managers learn about and better protect the species.

While they will miss Neptune, the aquarium staffers already have the next straggler to be placed on display once it’s large enough.

Scuttle, a 1-year-old straggler hatchling from Jekyll Island, is poised to be the next loggerhead ambassador, continuing the cycle of inspiring visitors to practice responsible stewardship of Georgia’s coastal resources.