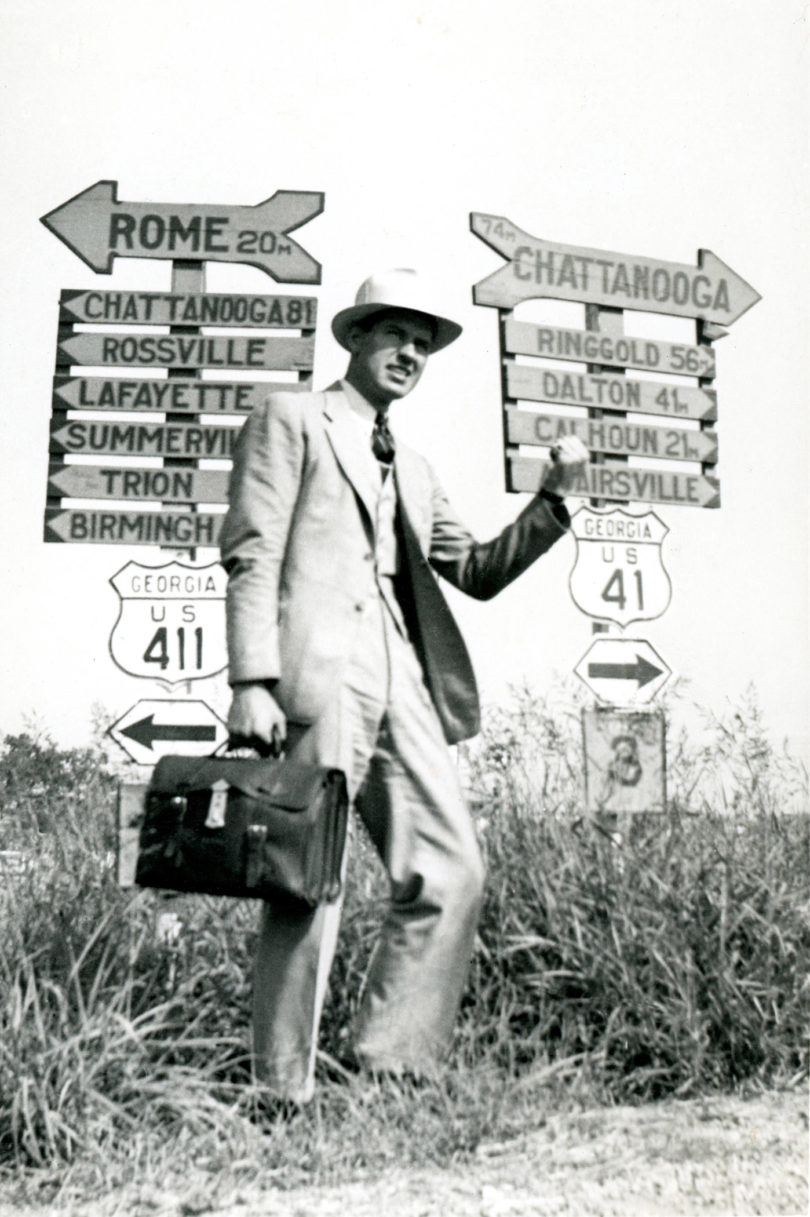 Athens, Ga. – Six sites with histories of political and cultural battles help to tell the story of tourism in modern Georgia in a new exhibit at the University of Georgia’s Richard B. Russell Library for Political Research and Studies. The exhibit opens Sept. 18.

“We are showcasing sites relevant to the bigger tourism story,” said Jill Severn, Russell Library head of access and outreach, “addressing concepts of identity, commerce and advertising that shaped the Georgia tourism industry as a whole.” The state established the Tourism Division, part of the Department of Industry and Trade, in 1959.

“In the early 1900s Georgia was a way station for people headed to Florida,” said Jan Hebbard, outreach archivist and exhibit curator. “Starting in the 1940s, the state started to become a destination in its own right, crafting strategies to attract tourists and developing a tourism industry that proved to be a huge economic asset.”

Today, tourism continues to have a huge economic impact in the state. According to the Georgia Department of Economic Development website, tourism is the fifth largest employer in the state with a total economic impact of $57.1 billion, supporting more than 411,000 jobs, or 10.2 percent of all payroll employment in Georgia.

In addition to items from the Russell Library’s collections, the exhibit features photographs, postcards, artifacts and other ephemera drawn from outside institutions and private individuals. Items from a collector in Rayle will add to a re-created roadside stand inside the gallery space. “This exhibit gave us the opportunity to reach out and collaborate with some local collectors as well as collecting institutions across the state, which has been a real treat,” said Hebbard. “A few of these collaborations have even led to new donations.” The library recently received the collection of Bill Hardman Sr., the first director of the Tourism Division.

“Seeing Georgia” will remain on display through July 2016, with complementary programs planned for next spring.