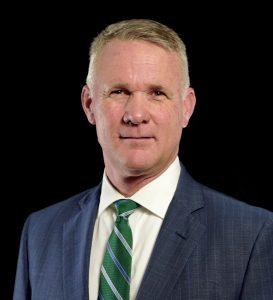 Following a national search, Jon K. Segars has been named the new director of the University of Georgia’s Student Veterans Resource Center, a department within the Division of Student Affairs. His appointment is effective July 12.

“Our student veterans deserve the very best care and support in their educational journeys we can provide,” said Victor K. Wilson, vice president for student affairs. “Dr. Segars brings a wealth of invaluable experience and connections, and I am excited for him to take on this vital leadership role within the Student Veterans Resource Center.”

Segars holds a Ph.D. in adult education from Auburn University; a master’s degree in adult, occupational, and continuing education from Kansas State University; and a bachelor’s degree in business management from the University of North Georgia. He is also a graduate of the U.S. Army Command and General Staff College at Fort Leavenworth, Kansas, and the Joint and Combined War-fighting School at the National Defense University.

During his 22-year career in the United States Army, Segars held three command positions, served four combat tours, two additional overseas tours and an assignment supporting national security along the U.S. borders with Canada and Mexico. As professor of military science in the Army ROTC at Auburn University, he was instrumental in establishing the institution’s student veterans resource center as well as a student veterans association. He also held a lead role with the City of Auburn Veterans Committee.

Recently, Segars has served as superintendent of the Sylacauga City Schools in Sylacauga, Alabama. He also acted as academic director of career and technical education for the school system prior to assuming the superintendent post.

“Dr. Segars demonstrates a clear ability to connect, build and advance the success of UGA’s student veterans while also expanding opportunities for excellence in the institution,” said Bill McDonald, dean of students. “His extensive work in educational environments coupled with his established advocacy for  student veterans ensure he is well positioned to lead the SVRC going forward.”

Segars retired from the U.S. Army with the rank of lieutenant colonel in 2010. He was inducted into the U.S. Army ROTC National Hall of Fame in 2016.

Founded in spring 2013, the SVRC serves as the go-to location for wayfinding and entry into an array of services provided by the university while offering wide-ranging support to and advocacy for student veterans. For the past six years, UGA has been named a top five Military Friendly School by Victory Media, attaining the No. 1 designation in 2017 and 2021. Military Times magazine and U.S. News and World Report have also consistently ranked UGA among the top universities for service to student veterans.

For more information about UGA’s programs and services for student veterans, see http://svrc.uga.edu.