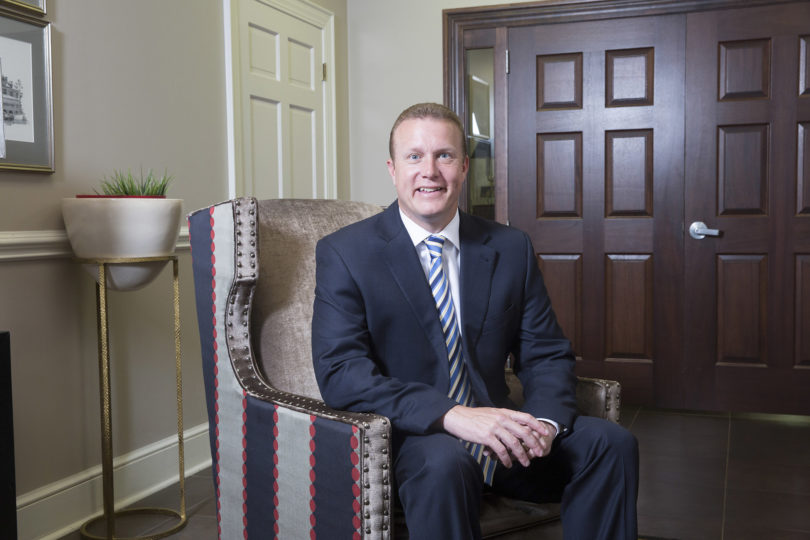 When it comes to fundraising, UGA is on a winning streak, having recently announced another consecutive year of record-breaking contributions. It raised $144.2 million in fiscal 2015 from nearly 64,000 donors. That impressive milestone was achieved through collaboration across campus.

“No one does this by themselves. It really is about building a team,” said Jay Stroman, senior associate vice president for development and alumni relations at UGA.

“It takes everyone to be in the fundraising and friend-raising game,” he said.

As a college basketball player at Mercer University, Stroman learned a lot about teamwork and leadership. Stroman played guard for Mercer, where he would go on to become an assistant basketball coach at the college before beginning a 17-year career as a higher education development officer.

The collaborative and competitive spirit he learned on and off the court has translated into how Stroman is trying to help UGA continue to break fundraising records for years to come.

Stroman came to UGA by way of Young Harris College.

He was brought on as part of Vice President for Development and Alumni Relations Kelly Kerner’s divisional reorganization. Kerner implemented the reorganization to help streamline UGA’s fundraising efforts in its comprehensive campaign.

Within the new structure, Stroman serves as the facilitator of Kerner’s and UGA President Jere W. Morehead’s vision for increasing UGA’s endowment—with the goal of raising no less than $1 billion for the university’s comprehensive campaign.

Like Kerner, Stroman has a background as a fundraiser at private institutions, where private giving has long been key to institutional success. Kerner came to UGA from Bowdoin College in Maine.

“When you’re at a private university or college, so much of your success rests on the fundraising dollars you can bring in to support all of the programs,” Stroman said.

“Over the years, as state appropriations have dwindled across the country, there’s been a higher emphasis on private fundraising for support,” he said.

UGA is trying to adopt a “hybrid model” that uses some centralized fundraising strategies while working within UGA’s decentralized structure—with its various schools, colleges and departments. The key to making that work, said Stroman, is to “collaborate and communicate better and make everyone more efficient and effective when we’re raising funds for the university.”

One proven strategy for fundraising is tailoring messages to individual donors.

“It really is about figuring out the donor’s interest and matching that up with the priorities of the university,” he said.

To make that work, Stroman said, the Division of Development and Alumni Relations is working to strengthen communication between development officers across the university’s divisions, schools and colleges.

If development officers know about one of UGA’s many programs and investment opportunities, then they can help translate and match donors with their interests.

“There are so many good things happening at the University of Georgia,” Stroman said. “There should be something that resonates with whomever you are across the table with.”

But there is another way UGA employees can bolster the university’s fundraising efforts.

Stroman stressed the importance of faculty and staff giving, in large part because of the message it sends to potential donors when they see employees supporting the university’s vision.

“When we go out and meet with foundations, two of their first questions are: Tell me about your trustee/board giving percentage? And what is faculty/staff giving?” he said. “I hope you give because you believe in what’s going on at our great institution, but it’s also important to send the message that our employees do support the university.”