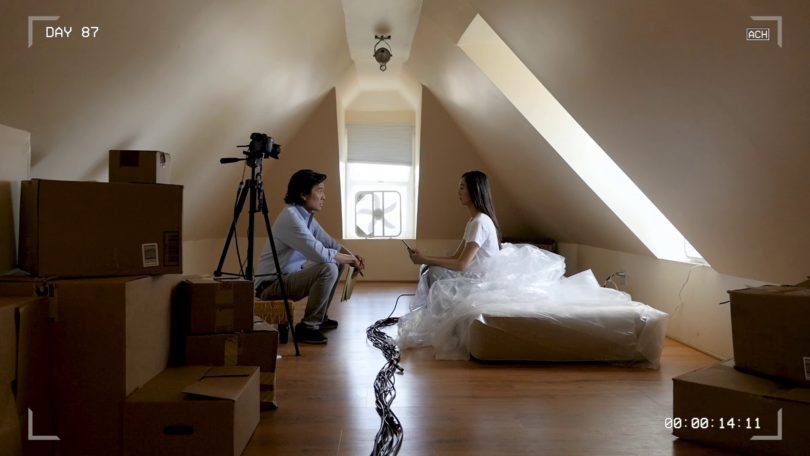 A screenshot from "Artificial," the first scripted series developed for the gaming platform Twitch, focuses on Sophie, an artificial intelligence robot created by Dr. Matt Lin.

The Peabody Media Center has named seven winners of this year’s Peabody Futures of Media Awards for outstanding digital storytelling released in 2018.

Established in 2015, the Peabody Futures of Media Awards celebrate the spirit of innovation and the most powerful narratives in an ever-changing digital landscape. The awards are curated and judged by 14 Peabody honor student fellows under the guidance of the Peabody Awards program, based at the Grady College of Journalism and Mass Communication at the University of Georgia.

“Peabody recognizes the importance of identifying narratives that capitalize on the affordances of digital spaces,” said Jeffrey Jones, director of the Peabody Media Center and executive director of the Peabody Awards. “These are stories told in new and powerful ways that exemplify the exciting possibilities across media platforms.”

FOMA winners will be recognized during the 78th Annual Peabody Awards Ceremony on Saturday, May 18, at Cipriani Wall Street in New York City.

The Peabody Futures of Media Awards are:

A combination of journalism narrative, video, photo essays, and interactive maps and graphics tells the story of sex offenders in Miami-Dade County who are homeless as a result of increasingly restrictive housing and registration laws. As an ambitious digital journalism endeavor, the piece compels the reader to confront the tensions between moral judgment and basic humanity. www.themarshallproject.org/2018/10/03/banished

Directed by Mirka Duijn for the Submarine Channel and VPRO

Taking interactive to a comprehensive level, “The Industry” allows users the unique experience of exploring nearly every aspect of the Dutch drug economy through a series of 3D models and interactive graphics that reveal hard facts and shocking figures. The experience offers seemingly endless places to discover and layers of information to uncover. https://theindustryinteractive.com/home

An augmented reality app from the BBC allows mobile users to search and find answers to fundamental questions about human creativity. From Egyptian mummies to Italian paintings, Native American masks to Pakistani sculptures, more than 40 artifacts come to life in the palm of the hand, allowing users to access and explore these historical treasures at their own pace and locations. 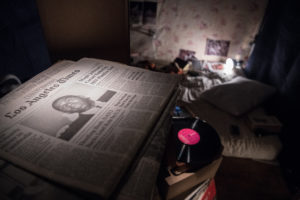 A four-episode cinematic virtual reality experience uses actors, panoramic photographers and volumetric technology to bring to life the LGBTQ story about a complex relationship between a devoutly Catholic mother and her gay son who died of AIDS. A vital narrative about memory, belief and imagination, “Queerskins” represents an era that rightfully demands diversity and understanding between people. www.queerskins.com

“Return of the Obra Dinn”

Created by Lucas Pope for 3909 LLC

Players who climb aboard the titular ship in this video game are tasked with solving the mysterious disappearance of the ship’s crew and passengers. With stunning and distinct visuals, players use the Memento Mortum pocket watch to return to the moments before a crew member’s death, creating a unique narrative experience one step above similar games. 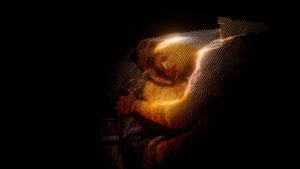 A screenshot from “Vestige”

A grief-filled journey through the mind of Lisa Elin after the loss of her husband, Erik Craighead, involves a series of interviews in a beautiful, multi-narrative VR experience. Set within a black void, fragments of their life together materialize while subsequent viewings offer journeys through Lisa’s memories, sharing the highs and lows with viewers as only brilliant VR can.

Created by Bernie Su and Evan Mandery for Twitch 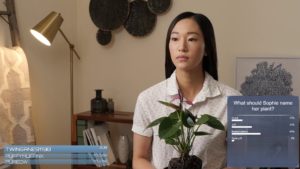 A screenshot from “Artificial”

The first scripted series developed for the gaming platform Twitch focuses on Sophie, an artificial intelligence robot created by Dr. Matt Lin. Interactive elements and live-streaming capabilities allow viewers to engage with the characters and alter the narrative through polls, Q&A and comments, pushing the boundaries of the format by allowing audience members to shape the series however they see fit.