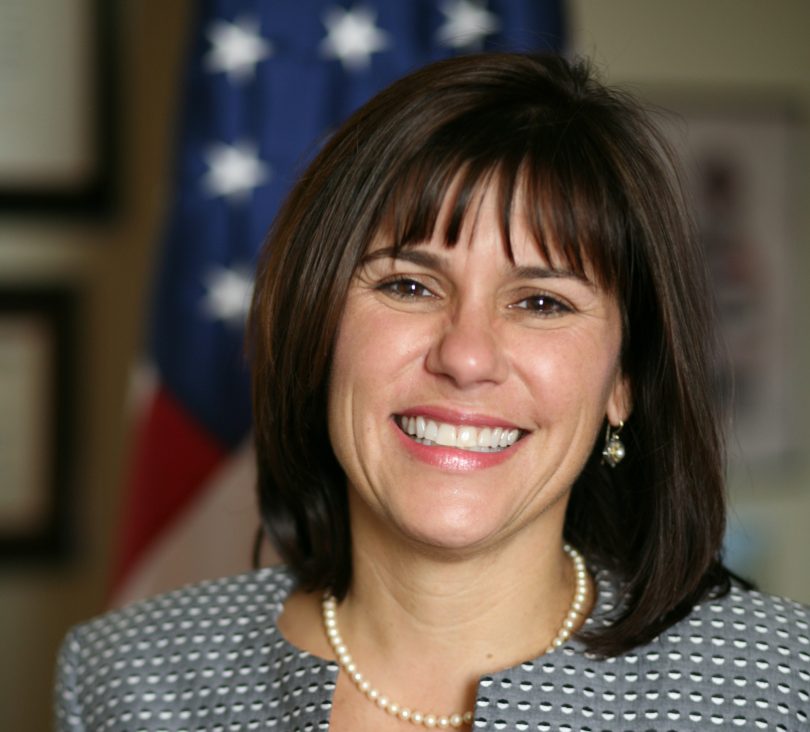 Justice Shawn Ellen LaGrua, pictured above, has made it her mission to help her defendants reach their full potential.

When Shawn Ellen LaGrua was 12 years old, she started at a new school and almost immediately spotted injustice: The boys could wear shorts, but the girls could not.

So, she reached out to the local TV station, and they put her on the air.

“They changed the policy; boys couldn’t wear shorts to school anymore. It was a little bit of a hollow victory,” she admits.

The experience piqued and encouraged her budding interest in the law. And when she was in her third year of law school, an internship with the Fulton County District Attorney’s office solidified her devotion to this field.

LaGrua spent more than 20 years trying cases, and over time, she began to notice a pattern.

The average sentences for these mostly young men were about 10 years.

“They’ve now been raised in the prison system,” she says. “They’ve learned from gang members. They have no education. They have no job skills.”

Without those skills, LaGrua says, the defendants were almost guaranteed to reoffend. Then a Fulton County Superior Court Judge, LaGrua wanted to stop the recidivism. So, she started identifying defendants who had an opportunity, with the right structure and guidelines, to break out of their dangerous and criminal lifestyles.

She would allow her qualifying defendants to be out on bond for two years, requiring them to report to her personally every month. The list of requirements was long: They had to be in school and bring her their report cards. They had to keep reading logs and bring her handwritten book reports. They had to pass reg- ular drug tests and abide by curfews. Perhaps the most daunting task? By the end of the program, they had to have a high school diploma or GED, with plans to go to college or a trade school.

LaGrua calls the effort, known as My Journey Matters, one of her proudest accomplishments.

“I had one guy I had to send to prison with a five-year sentence,” LaGrua said.

“He got out and returned to court as part of his sentence to see me. Within a week of getting out, he already had a job and education. He’s now been with the city of Atlanta for five years, just bought his first house, and he will never go back into the system.”

When LaGrua was appointed to the Georgia Supreme Court by Gov. Brian Kemp BSA ’87 in December 2020, she passed the program on to Fulton County Superior Court Judge Rachelle Carnesale.

As a Supreme Court Justice, LaGrua leads the Chief Justice’s COVID -19 Task Force. The group consists of judges representing eachtype of court, public health officials, and a doctor from the Department of Public Health, among others. The goal is to provide guidelines and guidance to courts on how to navigate the pandemic and in particular, how to safely resume jury trials and other in-person proceedings while protecting the public health of all those involved.

But with those challenges comes a silver lining.

“The thing about the task force that’s been so rewarding is I’ve never seen attorneys be so collegiate with each other from opposite sides,” LaGrua says. “I think for all the bad that COVID’s done, people have had to work together to get things done. I think it’s humanized lawyers a lot.”