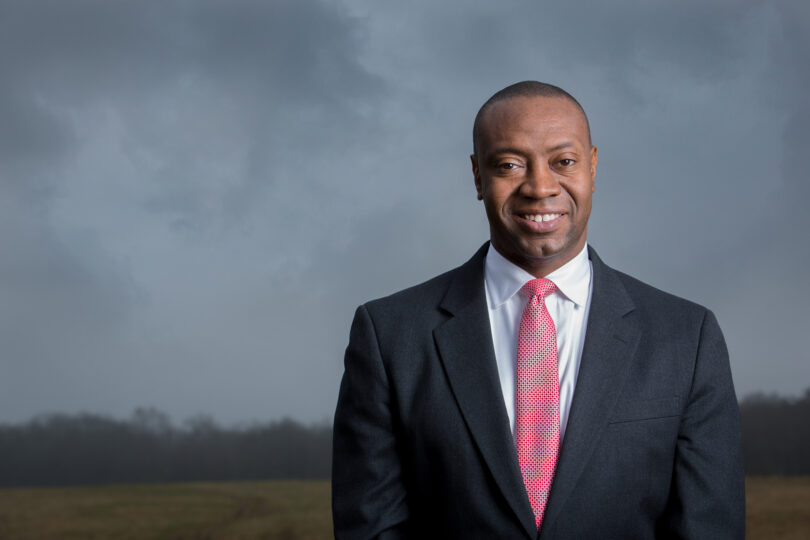 J. Marshall Shepherd, the Georgia Athletic Association Distinguished Professor of Geography and Atmospheric Sciences in the Franklin College of Arts and Sciences, has been named winner of the 2022 SEC Faculty Achievement Award for the University of Georgia, the SEC announced on Wednesday.

A leading international weather-climate expert, Shepherd is a member of the National Academy of Sciences, National Academy of Engineering and American Academy of Arts and Sciences, the only person in UGA history to be elected to all three. His research focuses primarily on hydrometeorological extremes, urban climate, and the intersections of atmospheric sciences with society. His TED talks have been viewed nearly 3 million times; he has nearly 100 peer-reviewed publications; and he has nearly $30 million in grants and awards. Shepherd hosts The Weather Channel’s award-winning “Weather Geeks” podcast, and he routinely appears on CBS’ “Face The Nation,” PBS’ “NOVA,” NBC’s “Today,” CNN and Fox News, among others.

“Dr. Shepherd’s pioneering research has yielded insights that are reshaping society’s understanding of weather and climate and informing efforts to make communities more resilient,” said S. Jack Hu, UGA’s senior vice president for academic affairs and provost. “He is an inspiring mentor to students at the University of Georgia and a nationally celebrated scholar whose expertise is widely sought.”

To receive an SEC achievement award the faculty member must have achieved the rank of full professor; have a record of extraordinary teaching, particularly at the undergraduate level; and have a record of research that is recognized nationally and/or internationally. University winners will receive a $5,000 honorarium from the SEC and will become their campus nominee for the SEC Professor of the Year Award, which will be announced later this month.