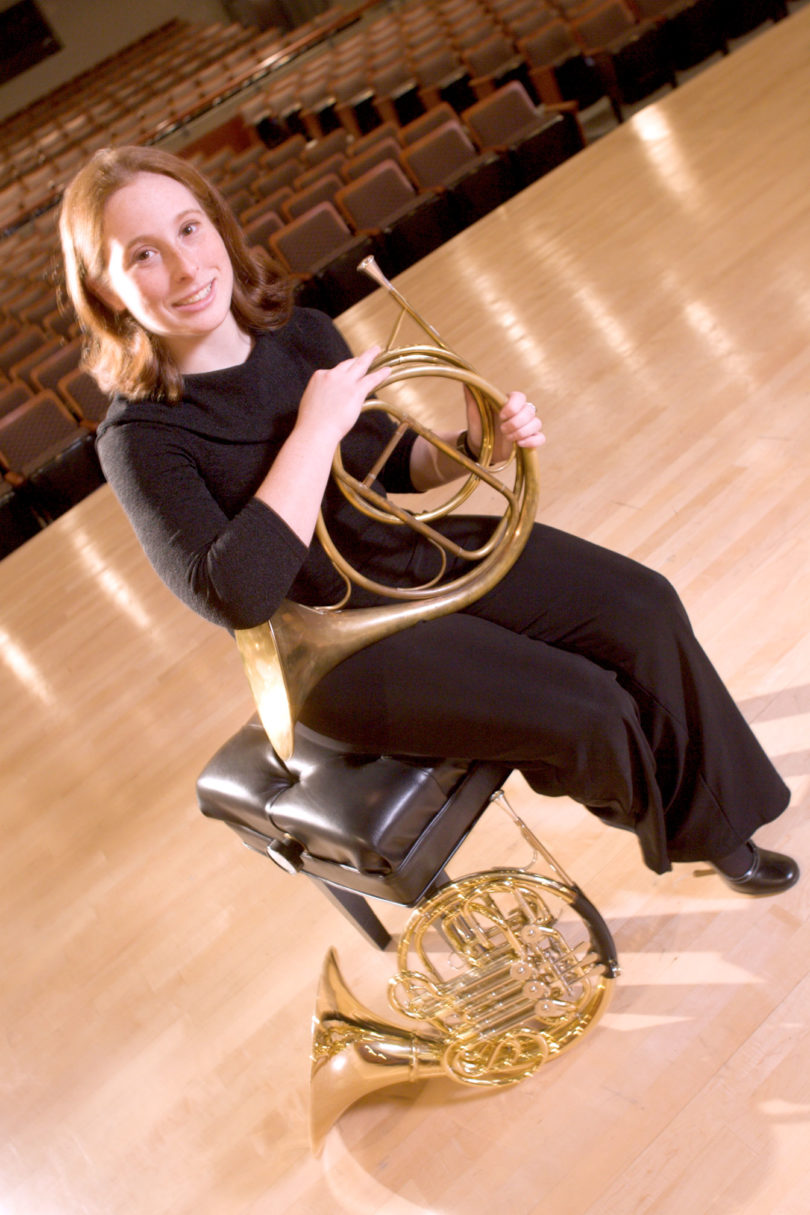 Through her CURO research

More than 150 undergraduate research presentations will be made by students from UGA and other Georgia universities at the Center for Undergraduate Research Opportunities Symposium on April 11-12 at the Tate Student Center. Poster sessions and a student exhibition of performing and visual arts also will be featured during the two-day event, which is free and open to the public.

As an integral part of UGA’s Honors Program, CURO participants explore research topics with faculty through one-on-one mentoring relationships. Since 2000, the symposium has been a way for these students to share their projects with the wider community. The symposium has grown to include student presenters from other Georgia institutions.

“Having CURO, which is not limited to Honors students, housed in the Honors Program allows a wide range of UGA students and faculty the opportunity to share in multi-generational research, ­forging a true community of scholarship,” says David Williams, director of the Honors Program. “The fact that other Georgia universities such as Emory and the Medical College of Georgia also participate raises the bar for undergraduate research in the state.”

She has spent her entire academic career at UGA and has received the Creative Research Medal and the Lamar Dodd Award, two of UGA’s most prestigious research awards, for her contributions to gene and genome evolution. Wessler has been a member of the National Academy of Sciences since 1998 and was elected Councilor of the Academy in 2004.

“Preparing my graduate students and postdoctoral associates for jobs in the real world is the most important thing I do,” says Wessler. “Because part of their training involves teaching others, as they will do in future academic or industry careers, I try to provide guidance and support as they interact with undergraduates in the laboratory settings. These experiences often become a prominent feature of my letters of recommendation when they apply for jobs.”

Similar recommendation ­letters will become important for students like Josef Broder II, a junior mathematics major, who has been working on bioinformatics research, using statistical methods to analyze biological imaging data, with Andrew Sornborger, a mathematics and engineering professor.

“My research experience at UGA has increased the rigor of my education and prepared me for graduate school and a career in mathematics,” Broder says.

The CURO symposium will not be the only venue for Broder to present his poster, since he was chosen for the $500 Karen A. Holbrook Academic Support Award. Holbrook, former UGA provost and current president of Ohio State University, started the award last year to fund conference travel expenses for a CURO undergraduate researcher in the biomedical sciences.

Caelin Cubenas, a second-year biochemistry major who is involved in CURO’s apprenticeship program, also will give a poster presentation on her project, involving abnormal protein accumulations found in neurodegenerative conditions such as Alzheimer’s disease.

The symposium includes the presentation of artwork at the Tate Student Center Gallery. Faith Ploener, a senior photography major, and Lauren Domenick, a senior Romance languages and studio art major, will be among those giving gallery talks on their works on April 11 at 7 p.m. One of Ploener’s color photographs was chosen for the cover of the symposium’s book of abstracts.

A ceremony will be held April 12 at 4:30 p.m. in Georgia Hall to present awards for best papers in various disciplines. The Joshua Laerm Undergraduate Award will be given by the Georgia Museum of Art. The Graduate School will give awards to graduate students who helped to organize the symposium. Professors Sidney Kushner (genetics) and Gary Barrett (ecology) will be recognized for their efforts in encouraging undergraduate student scholarship at UGA.