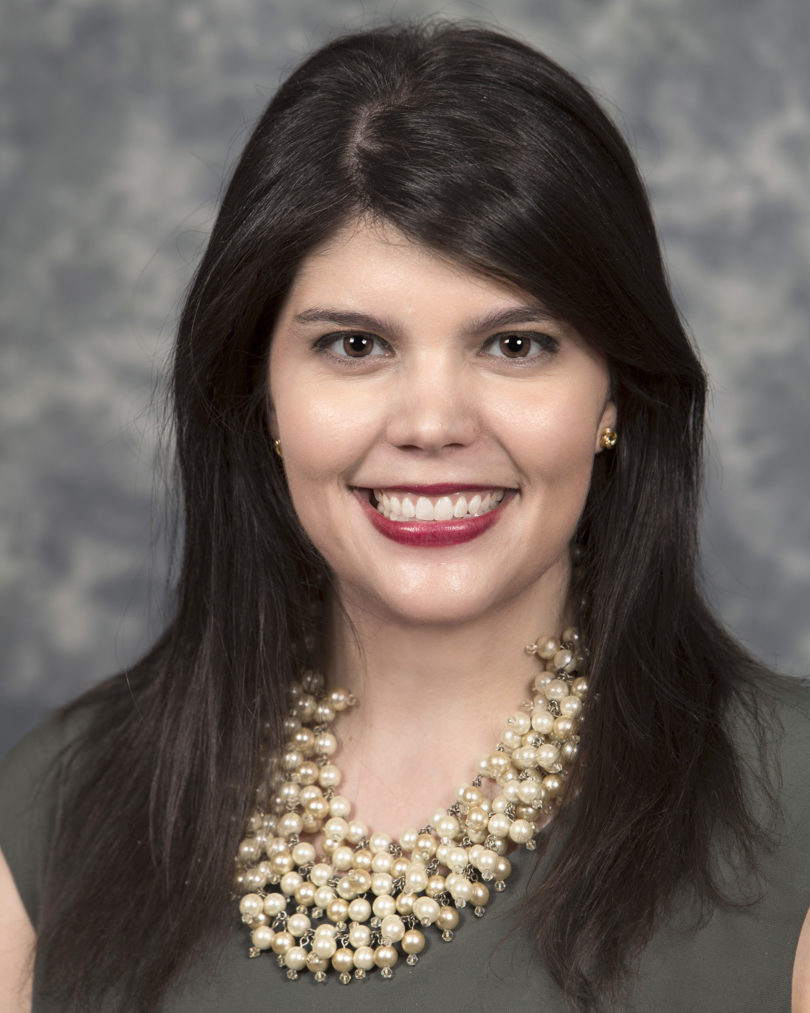 The second Young Alumni Award was presented to Christie Haynes. This award is given to alumni who earned a degree in the past 10 years, have embodied the Pillars of the Arch (principles which guide the behavior of members of the UGA community) and provided notable service to the university.

Within two years of graduating from UGA in 2010, Haynes became the youngest president of a Georgia chamber of commerce and continues to lead as the president and CEO of the Dawson County Chamber of Commerce and Office of Tourism Development. She is a 2012 UGA 40 Under 40 honoree and is a past president of the School of Public and International Affairs Alumni Board.

Larry D. and Brenda A. Thompson received the 2016 Friend of UGA Award, which is given to non-UGA graduates whose professional or public service has greatly assisted the university.

Though neither of the Thompsons attended UGA, the couple has given generously to the flagship university of the state in which they have lived for 30 years. Brenda is a former clinical school psychologist for Atlanta Public Schools, and Larry is a former deputy attorney general for the U.S. Department of Justice. He now holds the John A. Sibley Chair of Corporate and Business Law in the UGA School of Law.

The Thompsons have collected one of the largest private collections of art created by African-Americans, focusing on pieces by lesser-known artists. Since 2012, they have donated more than 100 works of art to the Georgia Museum of Art at UGA and endowed a full-time curatorial position. Larry is an emeritus trustee of the UGA Foundation.

Karen A. Holbrook received the 2016 Faculty Service Award. First presented in 1969, the award recognizes current or former UGA faculty and staff who have distinguished themselves in service to the university.

Holbrook served as UGA’s senior vice president for academic affairs and provost from 1998 to 2002. During her time in Athens, she advocated for new programs in the biomedical and health sciences, which eventually led to the creation of UGA’s College of Public Health. She also funded programs that provided research services to minority undergraduate students and created the position of associate provost for institutional diversity.

In 2002, Holbrook departed UGA to become the first female president of Ohio State University. She is now a higher education consultant and senior adviser to the president of the University of South Florida. Last fall, Holbrook and her husband, Jim, established the Karen and Jim Holbrook Distinguished Professorship in the College of Public Health and endowed a fellowship to support graduate students pursuing careers related to global health.

Gregory founded Industrial Development International in Atlanta in 1989. He retired as president and CEO in 2007, having built the company into one of the largest industrial developers in the nation and one of the top industrial landowners in Atlanta.

Throughout their marriage, Greg and his wife, Amanda, have shared an interest in American history and its preservation for future generations. After attending a history class at UGA in 2010, the couple decided to invest in the future of the history department, establishing the Amanda and Greg Gregory Chair in the Civil War Era and providing additional financial support for Civil War research on campus.

Chambliss graduated from UGA in 1966 with a Bachelor of Business Administration. In 1994, the alumnus was first elected to Congress and went on to serve four terms in the U.S. House of Representatives and two terms in the U.S. Senate. He retired as Georgia’s senior senator in 2014.