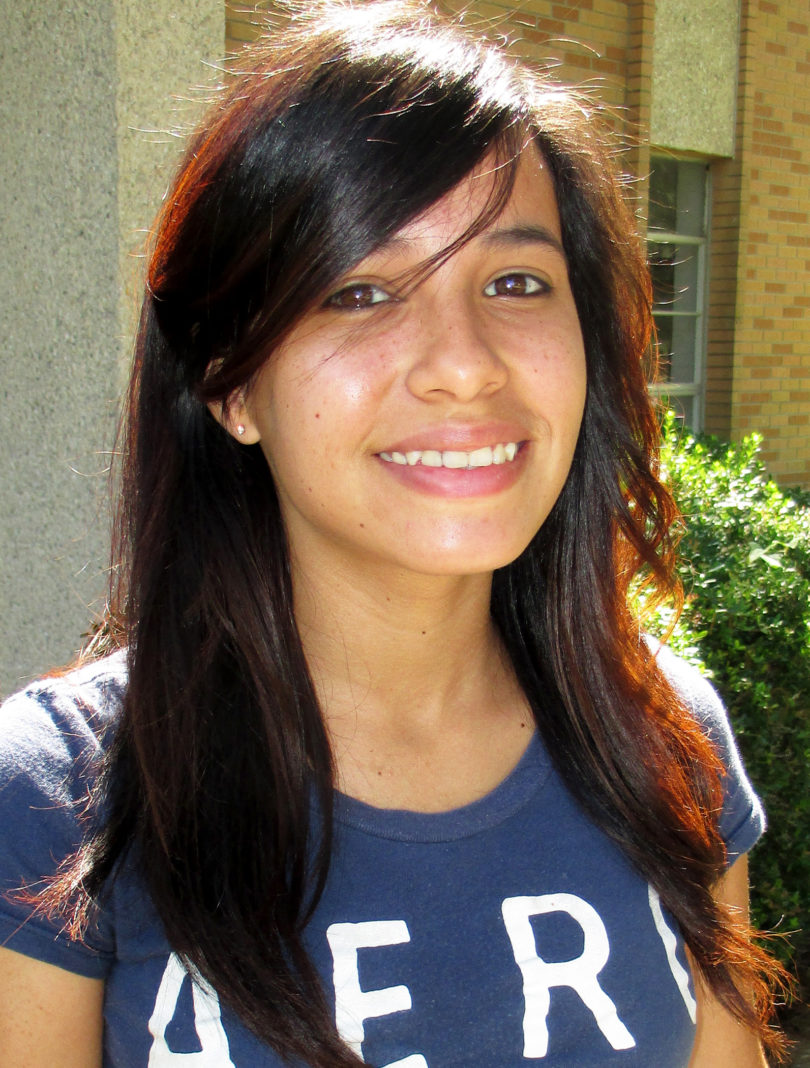 Savannah, Ga. – An undergraduate student who conducted her research at the University of Georgia Skidaway Institute of Oceanography will attend a prestigious international science conference as a reward for winning the Outstanding Research Paper in the Savannah State University’s Bridge to Research program.

Candilianne Serrano Zayas’ paper was chosen from 10 others and tied for first place. She will attend the international science conference sponsored by the Association for the Sciences of Limnology and Oceanography meeting in Granada, Spain, in February 2015.

Zayas is a rising junior and biology major at the Universidad Metropolitana in San Juan, Puerto Rico. Her research project studied the microbiological community present in dolphins.

“One of the reasons this is important is because bottlenose dolphins are a marine sentinel species,” Zayas said. “This means that their health can be indicative of the health of the overall environment, which in the case of dolphins is our coastal waters.”

Zayas believes what made her project special was that it involved both field and lab work, and it created an interesting and important relationship between human health and animal health. “You don’t need to take a molecular biology class to understand how it works, so it makes it so much easier to explain to different audiences.”

Zayas worked in the lab of Skidaway Institute professor Marc Frischer, who praised her and her mentors.

“The combination of a good student, an appropriate project and, most importantly, a stellar mentor shoots these students to the stars,” Frischer said.

Zayas was mentored by Savannah State University graduate student Kevin McKenzie, who is also a member of the Frischer research team. Zayas echoed Frischer’s praise. “Kevin took the time to explain it all to me, even two or three times, and he taught me everything I did on this project,” she said.

In 2013, McKenzie mentored another Research Experience for Undergraduates student who also won this prestigious award. Kristopher Drummond, a student and star football player for SSU, has continued the research he started and plans to continue his studies.

Zayas says she plans to complete her bachelor’s degree in Puerto Rico and then attend graduate school.

Launched in 2009, the SSU Bridge to Research in Marine Sciences program is a National Science Foundation-funded Research Experience for Undergraduates program. The SSU program has proven successful in inspiring under-represented student populations to pursue degrees and careers in science and technology-based research fields.

“African-Americans are greatly underrepresented in the ocean sciences,” SSU professor Tara Cox explained. “Of the 28 students who have completed the program, 20 are African-American.”

The seven-week 2014 Bridge to Research program began with field trips and classroom work covering research basics. The students then took a two-day research cruise on Skidaway Institute’s Research Vessel Savannah. They then were paired with a mentor at one of the participating organizations—Savannah State University, UGA Skidaway Institute of Oceanography, Gray’s Reef National Marine Sanctuary or Georgia Tech-Savannah. During this partnership, they conducted research and then presented it at a public forum.