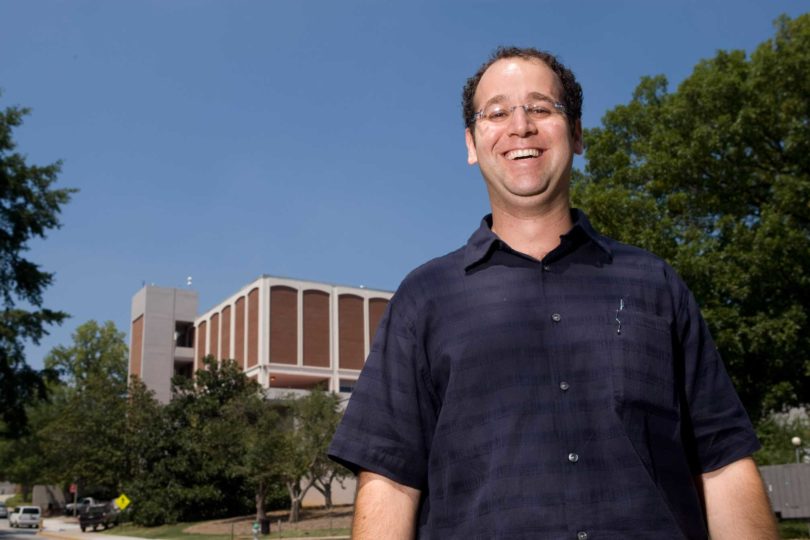 Itai Himelboim is an associate professor in the Grady College of Journalism and Mass Communication. He studies the role social media play in news

Athens, Ga. – The U.S. government is doing a better job of communicating on Twitter with people in sensitive areas like the Middle East and North Africa without the participation of media organizations, according to a study co-authored by a University of Georgia researcher.

The study looked at the U.S. State Department’s use of social media and identified key actors who drive its messages to audiences around the world. In particular, it examined the role played by news media and the government in bridging the State Department communication with people domestically and internationally.

Published in the latest issue of the Journal of Public Relations Research, the study’s authors say the main reason is that the government is making an effective use of “social mediators” critical to the communication process.

“News media tend to use social media in the old fashioned way,” explained Itai Himelboim, an associate professor of telecommunications in the UGA Grady College of Journalism and Mass Communication. “They send out their reports like it was a broadcast-going one way. Communication on social media is a two-way street.”

“They need to engage people in the conversation,” added Guy Golan, an associate professor of public relations in the S.I. Newhouse School of Public Communications at Syracuse University. “They need to recognize that not all users yield equal influence. Organizations need to strategically identify and empower social mediators as bridges that connect their various publics.”

The study defines social mediators as the entities that mediate the relations between an organization and its publics through social media. They are the people and organizations who re-tweet, re-blog and re-post material published online.

“Communication via these social spaces, such as Twitter, depends more than ever upon the willingness of third parties to participate in content distribution in the form of retweets or content endorsement,” said Himelboim. “Twitter is a hybrid between mass communication and personal communication.”

The study examined the U.S. State Department’s use of #SecClinton on Twitter. It analyzed the engagement and curation techniques used with that account. In the process, it identified social mediators who control the flow of information between the Department of State and its publics worldwide.

The key findings are:

• Different types of social mediators influence the State Department’s relationships with stakeholders in different parts of the world. The results showed that relationships with populations in the Middle East and North Africa were mediated primarily by informal actors, and formal mediators played a key role in connecting with the public everywhere else in the world.

The authors of the study note that the social mediators-the people retweeting those posts-will add their own message and their own comments and may disagree with the original posting. But the message is still getting out. They say government agencies in these sensitive areas are beginning to recognize that social media is playing a growing role in how they communicate with their publics, domestically and internationally. It is a lesson that news media groups need to recognize as well, the researchers said.

“Based on our findings, the news media could take a lesson from the federal government,” Himelboim said.

Note to editors: Graphics are available at the following URLs.

http://multimedia.uga.edu/media/images/himelboim_twitter_Network.jpg
Figure 1: An example of the Department of State Twitter network (#SecClinton, 11-28-2011)
This network maps the relationships among Twitter users who posted messages using the hashtag #SecClinton on 11-28-2012. Images are key Twitter users in the network, and the lines connecting them illustrate the relationships among users, namely retweets and mentions. The network illustrates the clusters, sub communities of interconnected users. On the left are users with which the State Department has direct relationships. In the center-bottom are the Middle East and North Africa clusters. Social mediators from the region are primarily non-formal, such as bloggers. On the top-center, the cluster is dominated by individuals and bloggers, primarily from the US. On the top-right is a cluster surrounding U.S. agencies around the world. The relationships across clusters illustrate mediated public relations.

http://multimedia.uga.edu/media/images/himelboim_Mediators_by_Region.jpg
Cutline: Figure 2 illustrates the distribution of social media types by geographic area. Primarily individual users mediate findings showed that the Middle East and Northern Africa stand out as the relationship with the Department of State. Communication in most areas, in contrast, was mediated by Twitter accounts of US government agencies.