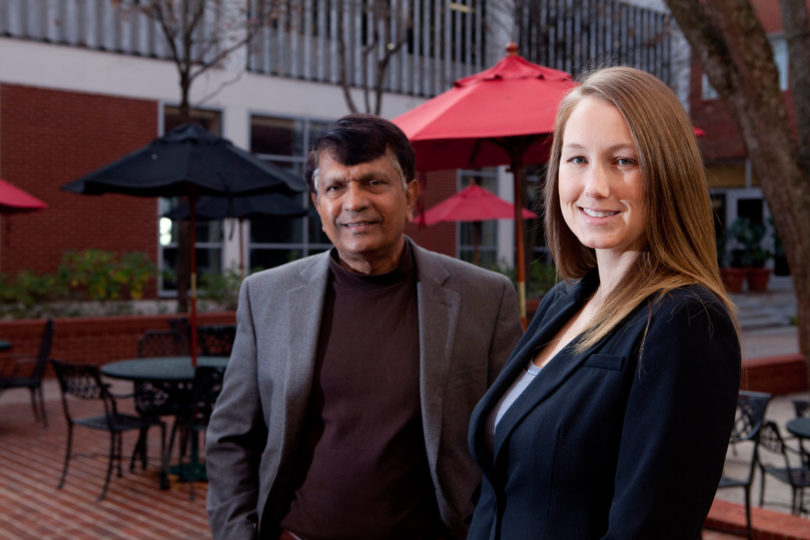 Athens, Ga. – Older African Americans who are dissatisfied with their lives tend to choose diets high in fat and low in fruits and vegetables. They can improve their health-and eating habits-through social support, according to new research from the University of Georgia.

“It makes perfect sense that if you are not happy, you tend to eat poorly,” said Catherine Walker O’Neal, a postdoctoral fellow in the UGA College of Family and Consumer Sciences’ department of human development and family science. “But what we were able to show is that effect is buffered by social support. So, if you are not satisfied with your life but have good social support, we don’t see the same detrimental effect in your eating behavior.”

Looking at a group of 178 church-going African Americans in north Florida, O’Neal observed the mitigating effects an encouraging support system can have on eating habits among dissatisfied participants ages 43 to 78. The results were published in the November issue of the Journal of Nutrition, Health and Aging. Paper coauthors were Kandauda Wickrama, UGA professor of human development and family science, and Penny Ralston, Florida State University professor and dean of the Center on Better Health and Life for Underserved Populations.

“High levels of dietary social support can protect older African Americans from the influence of life dissatisfaction on unhealthy eating behaviors,” O’Neal said. “As long as you have support, it doesn’t matter how dissatisfied you are.”

Negative influences on eating behaviors can be both psychological-such as stress and emotional eating-and structural-like economic hardship or lack of access to healthy foods, O’Neal said. While the researchers agree these factors need to be addressed, their study highlights social support and the role it can play.

“We are confirming that social support, which has been shown to be beneficial for numerous outcomes, particularly for African Americans, is important for their healthy eating as well,” Wickrama said. “Therefore, social support is one way that we can help to improve the eating behaviors and consequently the life expectancy of older African Americans who are dissatisfied with their lives.”

O’Neal agrees. “Community programs will be most successful when they incorporate those around the individual,” she said.

Led by Ralston, the research was part of a three-year intervention project investigating cardiovascular health among older African Americans and how to change related health behaviors. The National Institute on Minority Health and Health Disparities provided funding.

An abstract of the article is available at www.ncbi.nlm.nih.gov/pubmed/23131815.