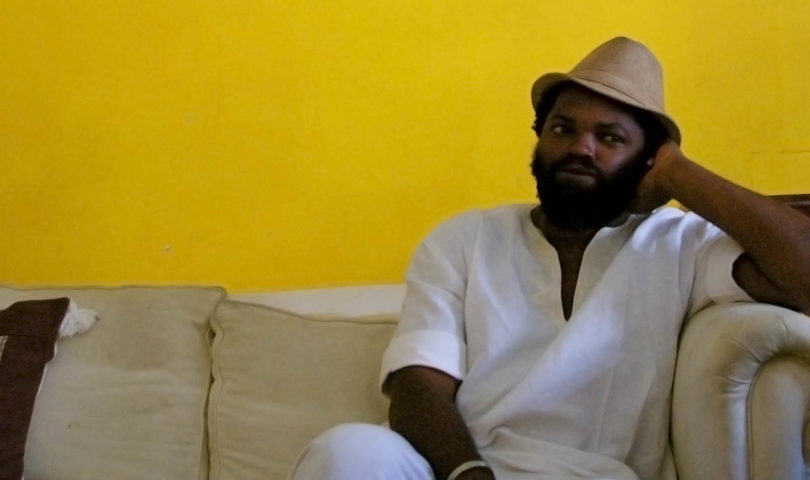 Athens, Ga. – Ntone Edjabe, founding editor of the pan-African literary and political journal Chimurenga, will speak on “Diagnosing the Chimurenga Chronic” Feb. 26 at 4 p.m. in the University of Georgia Chapel. The lecture is part of the Global Georgia Initiative, a series of lectures and conversations organized by the UGA Jane and Harry Willson Center for Humanities and Arts.

Akinloye Ojo, associate professor in the department of comparative literature in the UGA Franklin College of Arts and Sciences and director of the UGA African Studies Institute, will introduce the talk.

Edjabe, a Cameroonian émigré now based in Cape Town, South Africa, has published 16 issues of Chimurenga since 2002, writing many of its features himself. The magazine includes fiction, reporting, commentary, criticism and art. Its subjects range from music and sports to technology and politics. The most recent issue is “The Chimurenga Chronic,” an imaginary newspaper set during the week of May 18-24 when dozens of people were killed as anti-immigrant riots spread from Johannesburg through other South African cities and provinces.

The desire to correct what Edjabe sees as a tendency within and outside of Africa—to view the continent and its challenges with little detail or nuance—is part of what motivates him to produce Chimurenga. “What we focus on is the complexity of life,” he told CNN in 2012.

“I think, generally, discourse on Africa is geared toward simplicity,” he said. “Everything must be simple. … In a way, this is what signifies Africa in global consciousness. The moment you bring a degree of complexity to it, it kind of throws people off. They just don’t know where to look anymore. We try to present life as (being) as complex as it really is.”

In addition to his work as a publisher and writer, Edjabe is one of the leading disc jockeys in the clubs of Cape Town. He curates the Pan African Space Station, a Web-based radio station that streams a constant variety of genres of African music. The online radio station, as well as several other affiliated writing and publishing ventures, can be accessed at the Chimurenga website at http://www.chimurenga.co.za.

The goal of the Global Georgia Initiative is to present global problems in local context by addressing pressing contemporary questions—including the economy, society and the environment—with a focus on how the arts and humanities can intervene.

Edjabe’s talk will be the fifth installment in the six-part 2013 Global Georgia series. The final speaker in the series will be Valerie Babb, professor of English and African American studies in the Franklin College and director of the Institute for African American Studies at UGA. She will lecture March 5 at Ciné, 234 W. Hancock Ave.