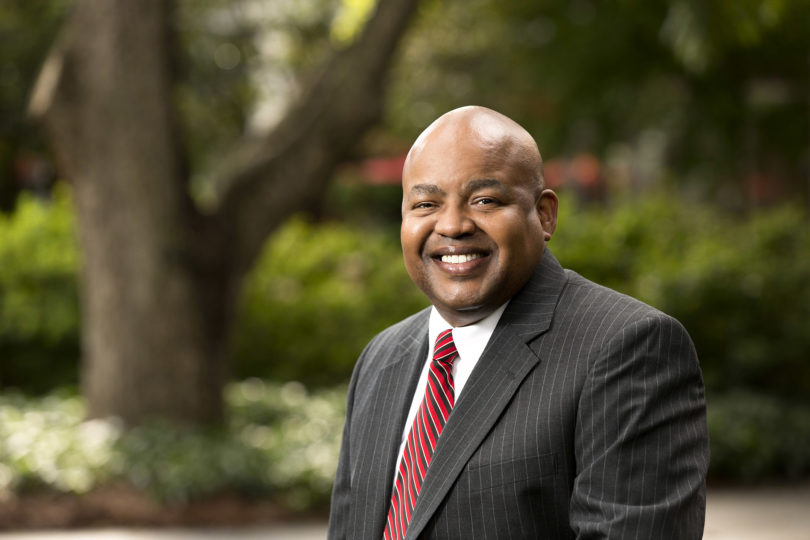 However, on a few occasions, interacting with undergraduates can have the opposite effect.

Wilson said he recently was chatting with students at the Tate Student Center—something Wilson does to stay in touch—when he used the phrase “cray, cray,” slang for crazy, to describe a recent celebrity meltdown.

As Wilson tells it, one of the students told him, “We don’t use ‘cray, cray’ anymore.”

According to the student, that ship had sailed years ago.

Pretending to be hurt, Wilson joked back with her, “I thought I was hip and cool, and you totally just burst my bubble.”

Whether it’s brushing up on the latest lingo or listening to genuine student concerns, Wilson said it is important for him to continue to frequently engage with students.

UGA President Jere W. Morehead has reaffirmed time and again in his first months in office that the university’s top priority is its students.

The task of enhancing UGA’s learning environment to help students thrive goes to the Division of Student Affairs, led by Wilson.

With decades of service in improving the student experience at UGA and the College of Charleston, Wilson shares Morehead’s vision for a student-centered university.

“Everything we do is for the student,” Wilson said. “To me, the student is that glue that holds that university together.”

The Division of Student Affairs includes more than just a long list of departments focused on creating a community at UGA that contributes to a student’s growth.

“We are concerned with the whole student: academically, spiritually, emotionally, physically and intellectually,” Wilson said.

To create that community, Wilson said, the division strives to increase student engagement with campus organizations and student activities.

Based on individual students’ needs, the Division of Student Affairs matches students with the variety of campus organizations, activities and services that suits their interests.

In addition, the division aims to promote a healthy campus.

One of Wilson’s priorities in his new role is to address students’ mental health.

“When we’re talking about student health and safety, we’ve got to cover the whole gamut of things,” Wilson said.

Addressing mental health issues can be a challenge, according to Wilson, because some students are not conditioned to seek help. However, there are signs of hope.

“This generation is more open to reaching out for and getting help, whereas it used to be a bigger stigma,” Wilson said.

To overcome the challenges, Wilson said, the Division of Student Affairs will have to be consistent about sending out messages reminding students that it’s OK to get help.

With students as the central focus, Wilson said, engaging with students is an important part of the job.

However, a high-level administration position like that of vice president for student affairs is one with a busy schedule with days packed with meetings.

“You have to be very intentional,” he said about creating his schedule.

Wilson looks for opportunities to attend student events or even just walk over to the Tate Student Center to brush up on student lingo.

It’s these kind opportunities where Wilson learns about students’ concerns and also just about what UGA students are like.

“It takes a lot of effort but it is well worth it,” he said.