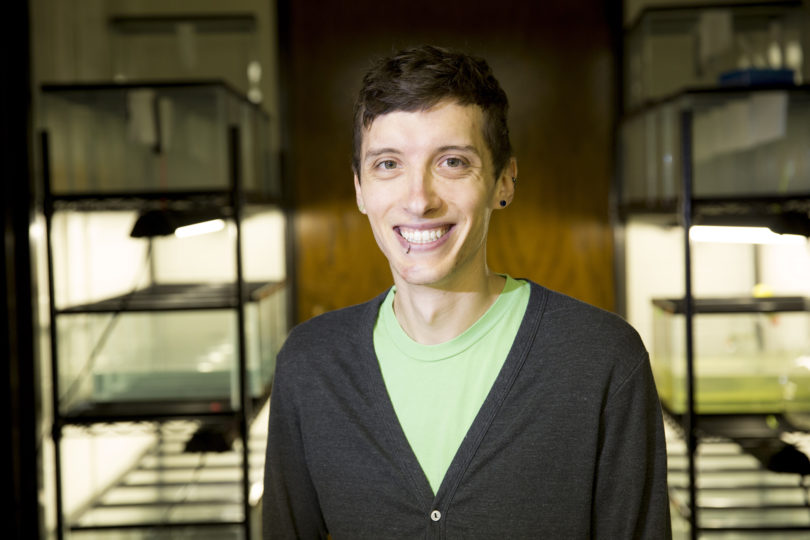 Athens, Ga. – The effects of an animal population’s extinction may echo beyond the original species, new University of Georgia research finds. Loss of a population could ultimately result in the extinction of parasites—which are critical for a healthy ecosystem.

UGA researchers focused this particular study on a Brazilian fish community and their associated parasites.

The study, published in Scientific Reports, used publicly available data from a previous long-term ecological research study—looking at fish and parasite communities in a river in South America.

According to Dallas, previous extinction research has focused more on free-living species and less on the potential for the extinction of host species to cause further extinctions of parasite species.

But based on the study’s results, these secondary extinctions have major implications to the diversity of parasites and the structural stability of the host-parasite network.

Using the data, he and co-author Emily Cornelius, a doctoral student at the University of Wisconsin-Madison, studied different scenarios that could occur in a community of fish, for example, removing species that may be larger or have a large number of parasites on them to get an idea of the effects it would have on parasite diversity and network structure.

They identified key species from the group they were studying and then found that when key species go extinct, the network’s stability is compromised.

“The network is not just the fish community but is composed of the interactions between the fish and their associated parasites,” Dallas said.

Dallas and Cornelius had the idea that certain species contributed more to the overall network structure of these fish communities and that some may be more important for the network’s stability. They also considered the effects of losing the parasites living on these key species. They were able to identify which species had a larger effect by looking at two different interaction patterns between species and parasites within the network: nestedness and modularity.

Modular networks occur when a subset of similar fish host species have similar parasites in a block-like structure.

Both nestedness and modularity are important to the network because they could make it possible for fish communities to more easily recover when a species goes extinct. These interactions also ensure that the parasites needed to maintain a healthy ecosystem are being passed on among the species.

The results from this study suggested the need to carefully consider all species—both key host animal species and their parasites—when considering what an extinction event might do to an ecosystem’s health.

The study, “Co-extinction in a host-parasite network: Identifying key hosts for network stability,” is available at http://www.nature.com/articles/srep13185.