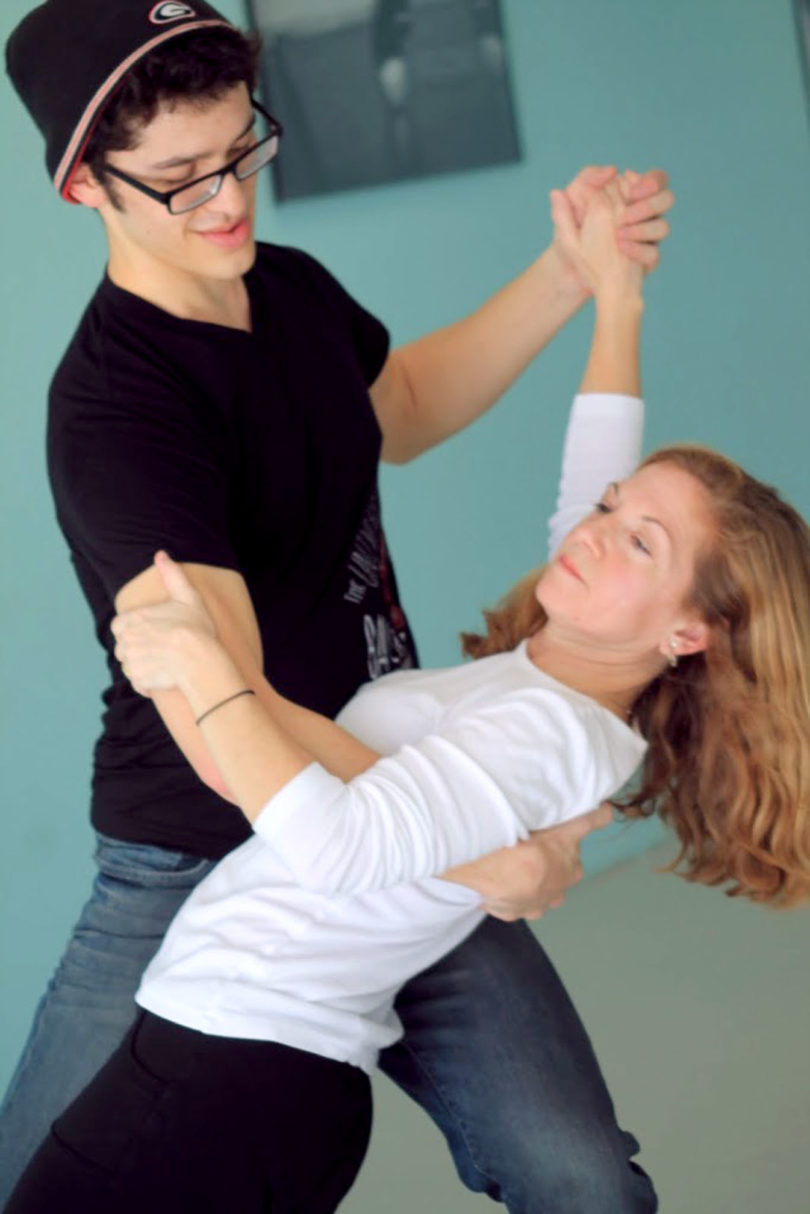 Ten pairs and one team of dancers-including some familiar UGA faces-will take the stage for Dancing with the Athens Stars, an annual fundraiser for Project Safe, an Athens-based nonprofit group working to end domestic violence.

The competition, which pits the teams against each other in both fundraising and dancing abilities, brings together dancers and local “stars” to help raise money for Project Safe.

Teams can take home a prize for either raising the most money or wowing the judges during the show at 7 p.m. on March 24. All proceeds raised go to Project Safe, and the event accounts for about 10 percent of the group’s annual revenue, according to Joan Prittie, executive director.

“It really works for us on so many levels,” said Prittie, “not just the fundraising, but also with the awareness raising and connecting people to help.”

This year, the participating dancers from UGA are John Bateman, director of marketing for the Athletic Association; Natalie Cox, assistant director of the Office of Legal Affairs; and students Joseph Stunzi, Rachel Williams and Ladarius Thomas.

Also competing are Melanie Ford, a project manager of construction services in the UGA Architect’s Office, and senior physics education major Alex Bo-o, who will be dancing together despite having a height difference of 16 inches.

“When I first met Melanie I wasn’t told exactly how much of a height difference there was between us, so I was thrown for a loop,” said Bo-o, “but it hasn’t really come into play except in a comedic fashion.”

Bo-o, who choreographed the swing-dance style routine the pair will perform, said he had not found a song to go along with their routine until he was listening to the radio and heard Alan Jackson’s song “Little Bitty.”

“I was counting along with it and I thought ‘this could work,’ ” he said, “And then I listened to the words and I said to myself ‘This really works.’ ”

“When he sent that to me I laughed and said ‘That’s perfect,’ ” said Ford, who got involved with the event last year after she was asked to donate to another contestant and told about the work of Project Safe.

“For me the selling point is that it’s a proactive organization,” Ford said. “They help the victims of domestic violence, but they don’t just help the people who are being victimized, they also do a lot of education to help keep people from being victimized in the first place.”

The pair started fundraising heavily in November, and had consistently been in second place in terms of fundraising until the last couple of weeks, when they dropped to third place, Ford said. Along with asking friends, co-workers and relatives to donate, the duo has held a yard sale at a local church to raise funds and even promised a private performance to Tuckston Methodist’s Wednesday night children’s church, which has been collecting money to support them.

Prittie said all the buzz around Dancing with the Athens Stars raises more awareness for Project Safe and can help fight the shame and stigma of reporting domestic violence.

“We get people who are well-known in the community talking about domestic violence,” Prittie said. “And every year we have people call our hotline because they’ve been in the audience at Dancing With the Athens Stars or came into contact with the contestants.”

As the performance date draws near, Ford and Bo-o say they’re nervous but they’ll be ready to perform.

“We know all the choreography, it’s just a matter of making sure we’re confident with it,” Bo-o said. “We’ve got a good shot at wining.”

Ford is a little less optimistic.

“I’ll be focusing on remembering my steps, remembering to smile and all those other things you’re supposed to do,” she said, “but I’m sure I’ll probably end up forgetting something.”

Tickets for the event are on sale at the Classic Center for $20. To donate to any of the teams, visit http://www.project-safe.org/index.php?title=Dancing-with-the-Athens-Stars.