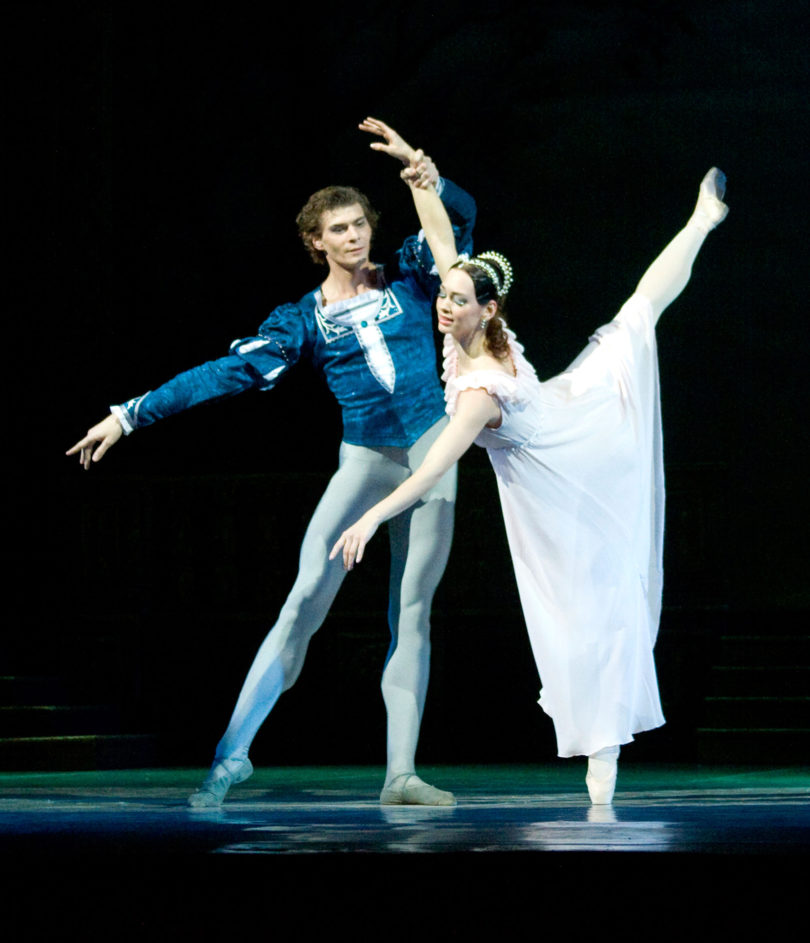 The State Ballet Theatre of Russia will perform "Romeo and Juliet" on Jan. 17 and 18 in the University of Georgia's Fine Arts Theatre.

Athens, Ga. – The University of Georgia Performing Arts Center will present the State Ballet Theatre of Russia in two performances of “Romeo and Juliet” on Jan. 17-18 at 8 p.m. in the Fine Arts Theatre located in the Fine Arts Building on 255 Baldwin St.

The story ballet will feature classic Russian choreography accompanied by the music of Russian composer Sergei Prokofiev, who is renowned for writing “Peter and the Wolf,” the fairy tale set to music. He also wrote two of the greatest ballets of the 20th century: “Romeo and Juliet,” composed in 1935, and “Cinderella,” written in 1945.

The concept for “Romeo and Juliet” began when St. Petersburg’s Kirov Ballet approached Prokofiev with the idea of creating a new full-length ballet. The composer looked to Shakespeare’s tragic love story for inspiration. However, his choice of subject matter proved controversial, and the project was taken over by the Bolshoi Ballet. The problem was the ending of the story. As Prokofiev later put it, “Living people can dance, the dying cannot.”

It was the longest ballet Prokofiev had ever written and the most intensely dramatic. Over the years, “Romeo and Juliet” has taken its place as one of the most beloved and frequently performed ballets in the world.

The State Ballet Theatre of Russia is the touring name of the Voronezh State Theatre of Opera and Ballet, which was established in 1961. The State Ballet Theatre boasts a company of more than 50 dancers and is recognized as one of Russia’s most distinguished ballet companies. It has toured extensively throughout the world, with sold-out performances in Europe, Asia, Africa and North America. The company made its American debut during the 2006-2007 season.

Lisa Fusillo, head of the UGA department of dance, will give a pre-concert lecture 45 minutes prior to each “Romeo and Juliet” performance. The lecture is free and open to the public.