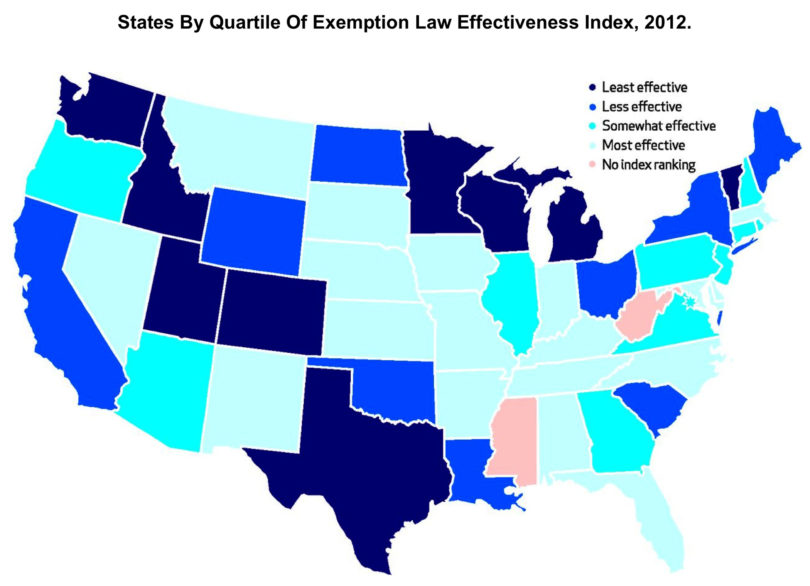 Athens, Ga. – Lax state vaccination laws contribute to lower immunization rates and increased outbreaks of preventable diseases—like whooping cough and measles—according to a new study from the University of Georgia.

Through their research, released in the August issue of the journal Health Affairs, study authors David Bradford and Anne Mandich found higher rates of pertussis, or whooping cough, in states that allowed philosophical exemptions and used a standardized exemption form.

Vaccination exemption rates have increased drastically in the past 10 years, according to the study, due largely to religious and philosophical reasons, which fall under the nonmedical exemption category. All but three states allow exemptions based on religious reasons. Only 17 allow philosophical exemptions. And 39 states use a standardized exemption form.

“We are seeing a significant association between pertussis rates and vaccination exemption,” said Bradford, who is the Busbee Chair in Public Policy in the UGA School of Public and International Affairs. “States with stricter policies have lower pertussis rates, which shows that policymakers do have it within their power to further limit the spread of these diseases.”

Pertussis was used as the foundation for the study, which relied on kindergarten exemption data collected by the Centers for Disease Control and Prevention in its 2002-12 annual school assessment reports, “for the unfortunate reason that pertussis is more common,” Bradford said. About 48,000 cases were recorded in the U.S. in 2012. An average year sees between 45,000 and 50,000 cases. In contrast, the CDC recorded an average of 60 cases of measles per year from 2001 to 2012.

The study found three key policies that lower whooping cough rates: requiring state health department approval for nonmedical vaccination exemptions; allowing exemption from only specific vaccines instead of all vaccines; and levying criminal and civil punishment against those who do not comply with vaccination policies.

As they conducted the research, the authors were able to rank states by their policies and whether they were most, somewhat, less or least effective.

The study also found three outliers that don’t make any of the lists. Mississippi, West Virginia and, as of the end of June, California have the strictest vaccination laws in the nation. Currently, the first two have the lowest rates of whooping cough due to policies that allow immunization exemptions for medical reasons only.

“I’m originally from Mississippi, and this was a case where they really led the country” with their vaccination exemption policies, Bradford said.

Georgia—where Bradford currently lives—falls into the “somewhat effective” category. Other states with this ranking include Oregon, Virginia and Arizona. To improve Georgia’s standing, he said, the state “could eliminate religious exemptions and not use the standardized form.” On the plus side, he added, “in 2012, we had very low rates of pertussis, ranking fifth nationally.”

In its favor, Georgia does not allow exemptions for philosophical reasons.

“Back in 2007, the actress Jenny McCarthy went on ‘Oprah’ and espoused the view that there is link between the MMR vaccine and autism,” he said. “This led to a significant increase in philosophical exemptions.”

In states with a philosophical exemption, it’s also easier for parents to check a box indicating objection instead of rushing their children to be vaccinated before the beginning of the school year, the study noted.

As the number of people vaccinated has decreased, diseases once mostly eliminated from the U.S. have risen because the population no longer has something called “herd immunity.” Basically, herd immunity means an entire community is protected from a disease because enough people have been immunized.

“We need to be over 95 percent vaccinated to reach herd immunity,” Bradford said. “For medical reasons, there a number of people who can’t get vaccinated. If you can be vaccinated and are not, that’s when we start to see whooping cough and measles cases rise.”

The study is available online at http://content.healthaffairs.org/content/34/8/1383.abstract. For more information on the School of Public and International Affairs, visit http://spia.uga.edu/.