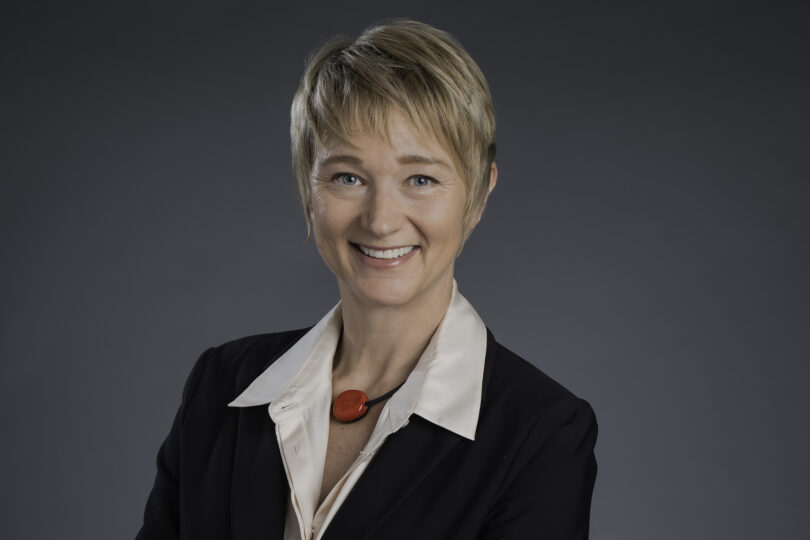 Anna Westerstahl Stenport, dean of the College of Liberal Arts at Rochester Institute of Technology (RIT), has been named the next dean of the Franklin College of Arts and Sciences at the University of Georgia following a national search.

Stenport is a professor of communication and an expert in transnational cinema and media, modern literature and drama, and visual and cultural studies, with a focus on the Arctic and Nordic regions. She will join the UGA faculty as the University of Georgia Athletic Association Professor in Communication Studies in the department of communication studies on April 1, pending approval by the University System of Georgia Board of Regents. Stenport will assume the role of dean of Franklin College on June 1.

Her appointment as dean of UGA’s Franklin College represents a homecoming of sorts. With a scholarship from the Georgia Rotary Student Program, Stenport, a native of Sweden, spent her first year of college as an international student at UGA.

“The University of Georgia is excited to welcome Dr. Stenport back to our campus as the next dean of the Franklin College of Arts and Sciences,” said President Jere W. Morehead. “Her success as an academic leader and multidisciplinary scholar and her commitment to student success, innovative teaching and groundbreaking research make her an ideal candidate to lead UGA’s oldest and largest college.”

As dean of the College of Liberal Arts at RIT, Stenport leads 13 departments and 25 degree programs in the cognitive and social sciences, humanities and performing arts. She also leads the college’s research and external funding initiatives, public service partnerships and diversity and inclusion initiatives while overseeing strategic planning, academic program development and day-to-day operations.

“I am very impressed by Franklin College’s focus on holistic and experiential learning, its generation of purposeful new knowledge with real world applications, and its ambitious commitment to diverse perspectives and global reach,” said Stenport. “I look forward to advancing Franklin’s trajectory of exceptional excellence and the success of students, faculty, staff and alumni through partnership and collaboration.”

Prior to her time at RIT, Stenport served as a professor of global studies and chair of the School of Modern Languages at the Georgia Institute of Technology’s Ivan Allen College of Liberal Arts.

In this role, Stenport founded and co-directed the Atlanta Global Studies Center with the support of a $2.25 million grant from the U.S. Department of Education. The center supports research and instruction in international and advanced language studies.

Before joining Georgia Tech, Stenport served as Conrad Humanities Scholar and professor of Scandinavian studies at the University of Illinois Urbana-Champaign. She also served as director of the university’s office of undergraduate research, director of the European Union Center and an advisory board member for the honors program.

“When I came to the United States as an international student, no one in my family had studied or lived abroad. Exposure to Georgia’s rich history and culture within the context of an arts and sciences curriculum helped me understand the positive, transformational impact of public higher education in the U.S. and beyond. I am eager to give back to this extraordinary environment,” said Stenport.

Stenport has published 10 books and edited volumes and more than 60 peer-reviewed articles and book chapters. She has curated multiple film festival programs and given hundreds of presentations about her research and academic interests.

“Dr. Stenport has demonstrated outstanding leadership, vision and commitment during her distinguished career at several prestigious institutions in the U.S.,” said S. Jack Hu, senior vice president for academic affairs and provost. “I am confident she will be a catalyst for taking Franklin College and the University of Georgia to even greater levels of excellence.”

Stenport’s appointment concludes a nationwide search coordinated by the UGA Search Group in Human Resources and a 19-member search advisory committee chaired by Matthew Auer, dean of the School of Public and International Affairs.

Stenport succeeds Alan Dorsey, who is returning to the faculty after leading Franklin College since 2012. Under Dorsey’s leadership, the college launched several new degree programs in fields such as data science, ocean science and cybersecurity. Working with the Grady College of Journalism and Mass Communication, he helped develop a new master’s degree program in film, television and digital media. Dorsey also was instrumental in the launch of campus-wide initiatives such as experiential learning. During his tenure, Franklin College’s credit hour production, sponsored research funding and alumni engagement rose to record levels.

The number of individual donors to Franklin has more than doubled since 2012. Additionally, donors contributed $109 million to the college and helped create 20 endowed professorships as part of UGA’s Commit to Georgia comprehensive fundraising campaign.